Israel Netanyahu to Speak With President Trump on Sunday; Iran on Agenda
Israel 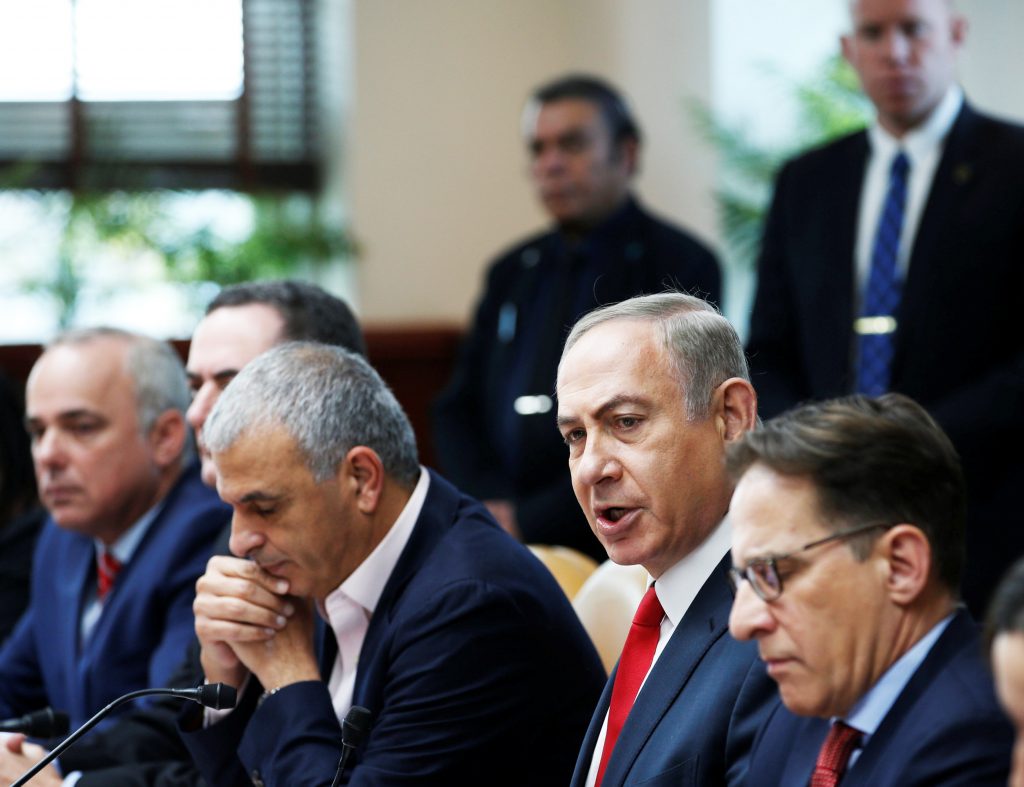 Prime Minister Binyamin Netanyahu said at the beginning of Sunday’s cabinet meeting that he would later in the day hold his first conversation with President Donald Trump since his inauguration as U.S. president.

“I congratulate President Trump upon his entry into his new job,” Netanyahu said at the meeting. “I congratulate him for his stance on eliminating radical Islam, as outlined in his inauguration speech.

Netanyahu added that he will hold a telephone conversation Sunday evening with President Trump. “Many matters face us: the Palestinian issue, the situation in Syria, the Iranian threat. For Israel, the first and most important issue is halting the bad nuclear deal with Iran,” Netanyahu said in broadcast remarks.