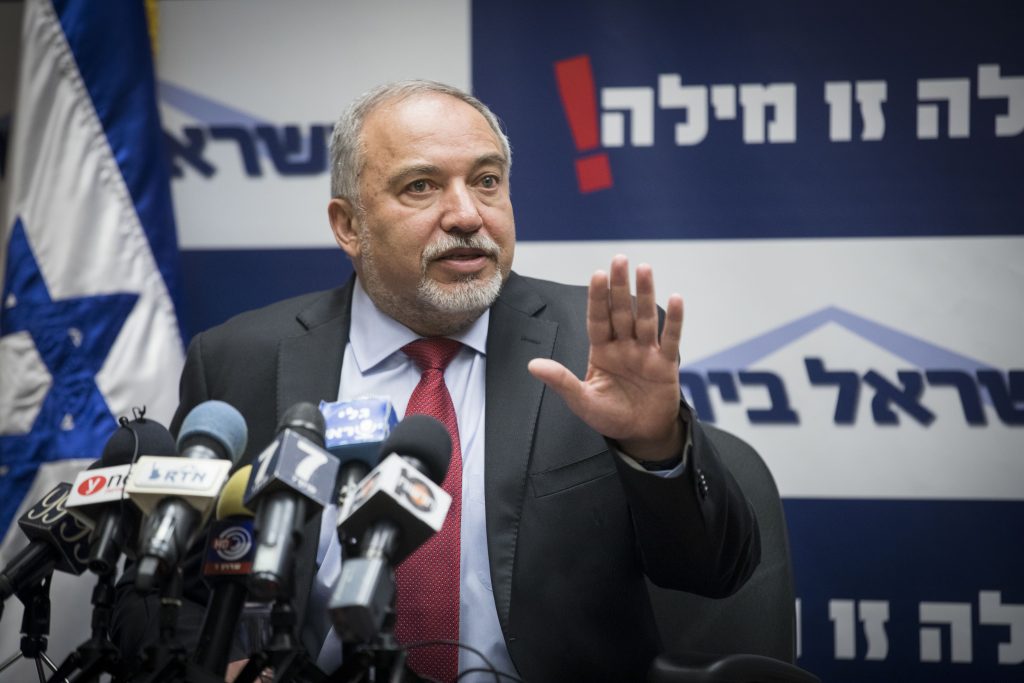 At a meeting with former CIA Director David Petraeus Sunday, Defense Minister Avigdor Liberman said that in order to resolve Israel’s issues with the Palestinians, a bilateral agreement was not sufficient; there needed to be a region-wide treaty, with the Arab nations of the Middle East signing on to the deal with the Palestinian Authority and guaranteeing cordial relations with Israel.

In a statement, Liberman’s office said that the two discussed the current situation and the effects of the change in administrations in the U.S. on the peace process. “There is no chance for a bilateral agreement with the Palestinians,” Liberman told Petraeus. “We have already tried such arrangements a number of times in the past 24 years, and they have only made things worse. The problem will be resolved only with a regional agreement.” In the context of such an agreement, Liberman said, Israel could agree to a two-state solution, with territorial swaps that allow Israel to retain the major settlement blocs.

Most important for the United States, Liberman said, was “the establishment of an anti-terror coalition that will include Arab states and Israel, to battle radical Islamist terror. The success of such a coalition will be the basis of this regional arrangement, which will include a solution to the Palestinian issue in the context of an exchange of land and populations.”

Speaking at a meeting of Likud ministers Sunday, Prime Minister Binyamin Netanyahu said that he was not actually in favor of the “two-state solution,” as many on the right seem to think. Responding to accusations by Science Minister Ofir Akunis that Netanyahu opposed imposing Israeli sovereignty on Maale Adumim for this reason, Netanyahu told the minister that “if you knew what I really thought, you would know how I feel about a Palestinian state. I am prepared to give them an entity, not quite a state with all its authority, but a ‘state minus’ some of those authorities. The Palestinians do not accept this.”

Netanyahu pointed out that this was the stance he had presented in his famous Bar-Ilan University speech in 2009, in which he envisioned the existence of a “disconnected Palestinian state living side by side with the Jewish state of Israel.” According to Netanyahu, he has not veered from this vision in any way.

Regarding the issues raised by several community leaders in Yehudah and Shomron, Netanyahu said that “there is no one who is more concerned about settlements than the Likud government. We will continue to deal with the issue with wisdom and sensitivity.”