Politics What to Expect in Trump’s First 100 Days
Politics 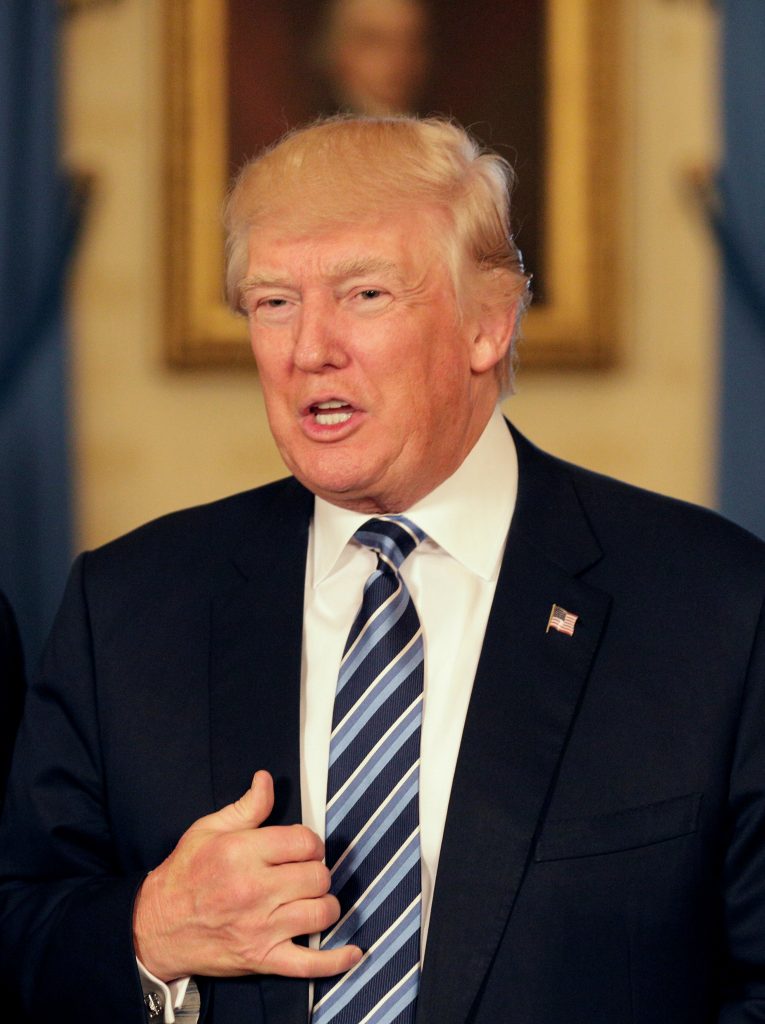 President Donald Trump’s unorthodox quest for the White House was fueled by his disregard for convention and the nagging sense that he — and ultimately his supporters — were underestimated and disrespected.

Now sworn in as the 45th president, Trump and his team are determined to deliver quickly on promises — on the economy, health care, tax reform and immigration — that critics told him he could not possibly fulfill.

During his campaign, Trump embraced the notion of a first-100-day flurry in which he would quickly put his stamp on Washington. In a major speech in Gettysburg a few weeks before the election, he articulated three broad priorities: ending “corruption and special-interest collusion” in Washington, protecting American workers and restoring security and “constitutional rule of law.”

On his first day in office, he said he would take more than a dozen specific actions to advance priorities: introducing a constitutional amendment to impose congressional term limits, starting to renegotiate the North American Free Trade Agreement and canceling federal money going to so-called sanctuary cities, among others.

Other legislative priorities would require congressional support: simplification of the tax code, a major infrastructure bill and tax credits for child and elderly care.

“If we follow these steps, we will once more have a government of, by, and for the people,” he said.

Trump’s transition team developed what it calls a Day 1, Day 100 and Day 200 action plan for campaign promises, devised by 14 implementation teams that Trump aides say devoted 135,000 hours to the task.

Building a border wall with Mexico — one of the new president’s signature campaign pledges — alone required multiple agency action plans because of the complexity of the endeavor. The transition made priorities of four other broad areas: “Buy America,” women and children, intellectual property and currency manipulation.

Separately, the new administration has been coordinating with Republican leaders on how to take advantage of the congressional calendar to fill a vacancy on the Supreme Court, start the repeal of the Affordable Care Act and later push tax and entitlement overhauls and ramp up immigration enforcement through the appropriations process ahead of a late-April deadline.

“That’s a first 100 days that I’m not sure any other conservative president has hit those kind of major milestones,” said James Wallner, vice president of research for the Heritage Foundation, which has consulted closely with the Trump team.

Trump takes office in a far different environment than President Barack Obama encountered eight years ago. Then, an economy still in free fall required an urgent response on multiple fronts — preparing an economic stimulus package, debating a rescue of the auto industry and devising a response to the housing crisis, among other domestic priorities.

Trump inherits a relatively stable and growing economy and no crises demanding his immediate attention, giving him and his team more freedom to roll out an agenda on their own terms.

But many conservatives view the task of reversing Obama’s agenda as urgent on its own. Republican lawmakers are primed to send scores of bills to Trump’s desk as he also considers executive actions to speed a rightward turn in government. His White House is eager to leverage his reputation as a take-charge, decisive executive like his campaign did.

But like many of his predecessors discovered, the playbook that delivered him to the White House is not easily adapted to an office that has confounded even the most prepared and popular occupants. And meeting the expectations he built — and even raised over the course of his transition — has added to the complexity of the job.

The round-numbered benchmark for a president’s early days harks back to Franklin D. Roosevelt’s first term, when Congress helped usher in his New Deal to combat the Great Depression. Since then, it’s become an almost inevitable measure of a president’s early success.

Conservatives have been pushing Trump’s aides to get as much as possible done during that time. The Heritage Foundation’s Wallner wrote a memo last week outlining other 100-day priorities for the Trump administration, which included withdrawing from the Paris climate agreement, reversing regulations on fracking, reviewing all federal funding for nonprofit organizations and formulating a new approach to countering Islamic State.

The conservative think tank had already issued a more comprehensive series of recommendations that have formed the basis for many of the administration’s plans.

“It’s not just a fluke that we happened to have a good relationship with the candidate or his team. And it’s not a fluke that the campaign happened to be focused on the issues we have been working on,” Wallner said.

New presidents typically enjoy an early honeymoon period in which to advance the priorities articulated in their campaigns. But even though Trump enjoys Republican majorities in Congress eager to work with him on his key issues, he also assumes the office as the least popular new president in decades.

Still, presidencies that have stumbled most in the early days owed their misfortune not to any deficit in public support, but to their own decisions, Sullivan said. Most often, problems arise when a new president succumbs to temptation to react to events, squandering the most precious resource a president has: time.

“There are an enormous number of things clamoring for the president’s attention, and none of them are unimportant,” he said. “If he’s not moving his agenda forward, it’s not standing still, it’s drifting away.”

The kind of instant response to criticism Trump prides himself on — often asymmetric attacks to the ones launched against him — are another classic trap presidents can fall into, Sullivan said.

“If all you’re doing is reacting, then you’re not leading,” he said.

Trump used his only public remarks Saturday, during a visit to the CIA’s headquarters in Virginia, to complain about media coverage of his first day. Later, his press secretary delivered a statement accusing reporters of engaging “in deliberately false reporting.”

Maintaining good relations with Republicans — whom Trump has not been reluctant to target when they have questioned his policies or statements — will be essential to success.

Former House Speaker Newt Gingrich, speaking at the Heritage Foundation this week, predicted that there would be fits and starts in the relationship between Trump and conservatives. He advised them to keep those disagreements in perspective.

“Every time Trump does something you’re not quite comfortable with, close your eyes and think two words: ‘President Clinton,’” he said.