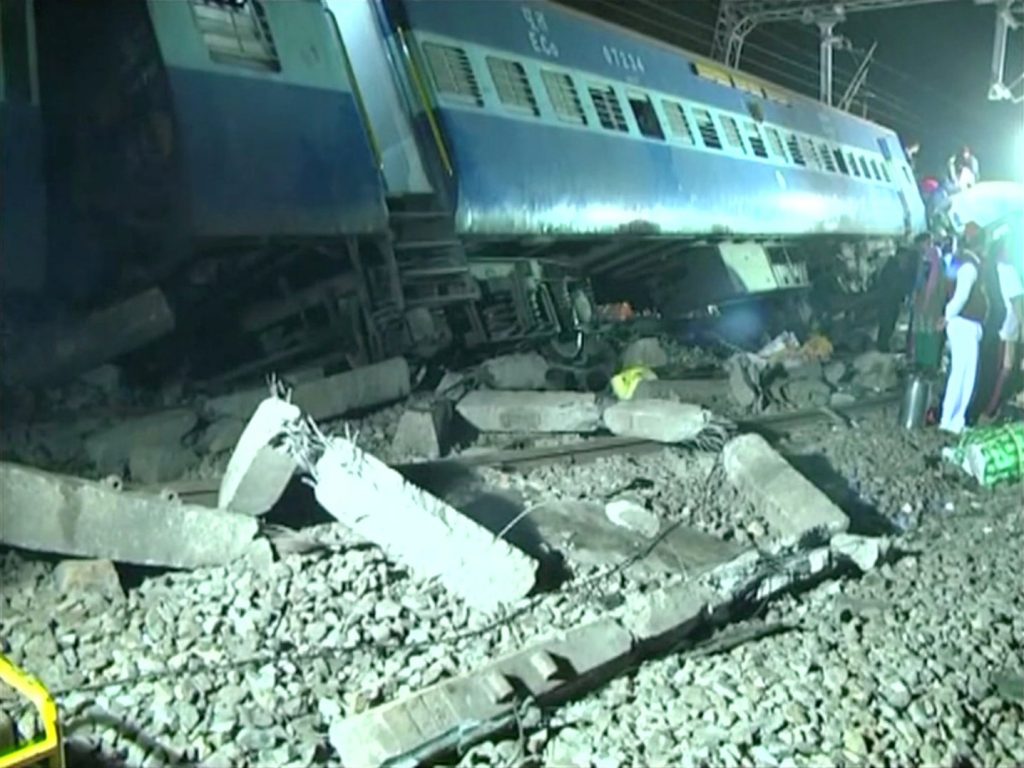 At least 36 people were killed and 50 injured on Saturday night when nine coaches of a passenger train derailed in eastern India, in the latest disaster to hit the vast and accident-prone state railways, police said.

The Hirakhand express train from Jagdalpur to Bhubaneswar derailed at around 11:20 p.m. near Kuneri station, in the state of Andhra Pradesh, around 18 miles outside the town of Rayagada.

“The rescue operation is almost over,” said J.P. Mishra, the chief public relations officer at East Coast Railway, which has jurisdiction over the area where the derailment occurred.

“Our first priority is to take care of the injured passengers and provide them with proper treatment by transporting them to hospitals. We are also searching all the coaches to ensure that nobody remains stranded in them,” he said.

The reason for the derailment has not been ascertained, said Mishra, adding that they were not ruling out the possibility of foul play and that investigations will be conducted. The incident area is one where Maoist rebels typically operate.

Video footage from the scene showed members of the disaster management team and locals trying to rescue trapped passengers from windows and debris using phones to provide light with the train’s bogie wheels tilted off the railway track and mangled wreckage all over the spot.

“Nine bogies were derailed, of which three have turned and fallen off the track,” said local Superintendent of Police L.K.V. Ranga Rao. “Most of the casualties and deaths are from the three sleeper-class compartments.”

India’s state railways, built during British colonial rule, have an appalling safety record – the result of decades of underinvestment and a priority on keeping fares low for the 23 million passengers who use the network every day.

In the last serious accident, 150 people died when a train derailed late last year in the northern state of Uttar Pradesh. India recorded 27,581 railway deaths in 2014, the most recent year for which figures are available, with most victims falling from, or being struck by, moving trains.

“Anguished to learn about the train accident near Vizianagaram,” Andhra Pradesh Chief Minister Chandrababu Naidu said, offering his condolences to the families of the victims. “We are investigating the reason for accident.”

Prime Minister Narendra Modi also posted that the tragedy was “saddening” and said the railways ministry was working to ensure quick relief and rescue operations.