National Trump Assures CIA Officials: ‘I Am So Behind You’
National 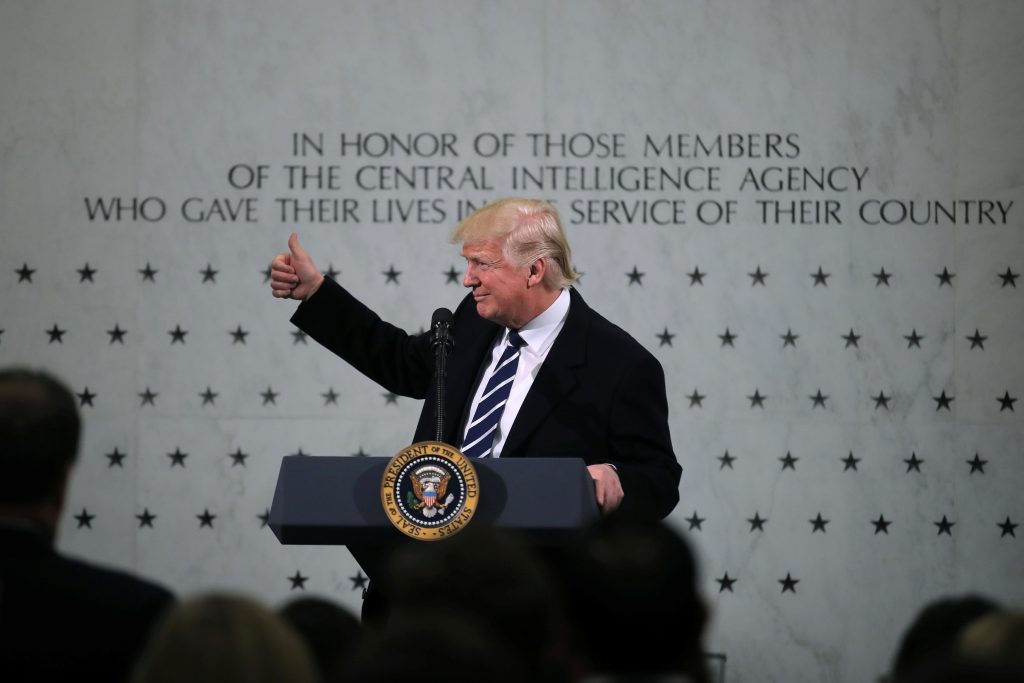 President Donald Trump moved to mend his tumultuous relationship with America’s spy agencies Saturday, traveling to CIA headquarters on his first full day in office and assuring officials, “I am so behind you.”

But the president quickly shifted from praise for the CIA to criticism of media coverage of Inauguration Day, in an unscripted address that overstated the size of the crowd that gathered on the National Mall as he took the oath of office.

The president’s media criticism came as he stood in front of a memorial honoring CIA officers killed while serving the United States.

Trump’s decision to visit CIA headquarters just outside of Washington was aimed at making a public gesture to the intelligence officials he disparaged during the transition. He had repeatedly challenged the agencies’ assessment that Russia meddled in the presidential race to help him win and suggested intelligence officials were behind the leak of an unverified dossier that claimed Russia had collected compromising financial or personal information about him.

During remarks to about 400 CIA officials, Trump denied that he had a feud with the intelligence community, saying it was “exactly the opposite.” He again blamed the media for creating that impression, despite the fact that he made numerous public statements critical of intelligence officials.

“There is nobody that feels stronger about the intelligence community and CIA than Donald Trump,” he said. “There’s nobody.”

The 45th president’s inauguration has been shadowed by news reports that the CIA and other federal agencies are investigating Russian interference in the presidential election on behalf of Trump. The New York Times, citing anonymous officials, said agencies were examining intercepted communications and financial transactions between Russian officials and Trump’s associates.

FBI Director James Comey has declined to confirm or describe the nature of the government’s investigation, both during a congressional hearing and in closed-door meetings with members of Congress.

Saturday marked the end of three days of inaugural celebrations, with Trump and his family attending a national prayer service traditionally held for the new president. The president and his wife and Vice President Mike Pence and his wife sat in a front pew at Washington National Cathedral for the service.