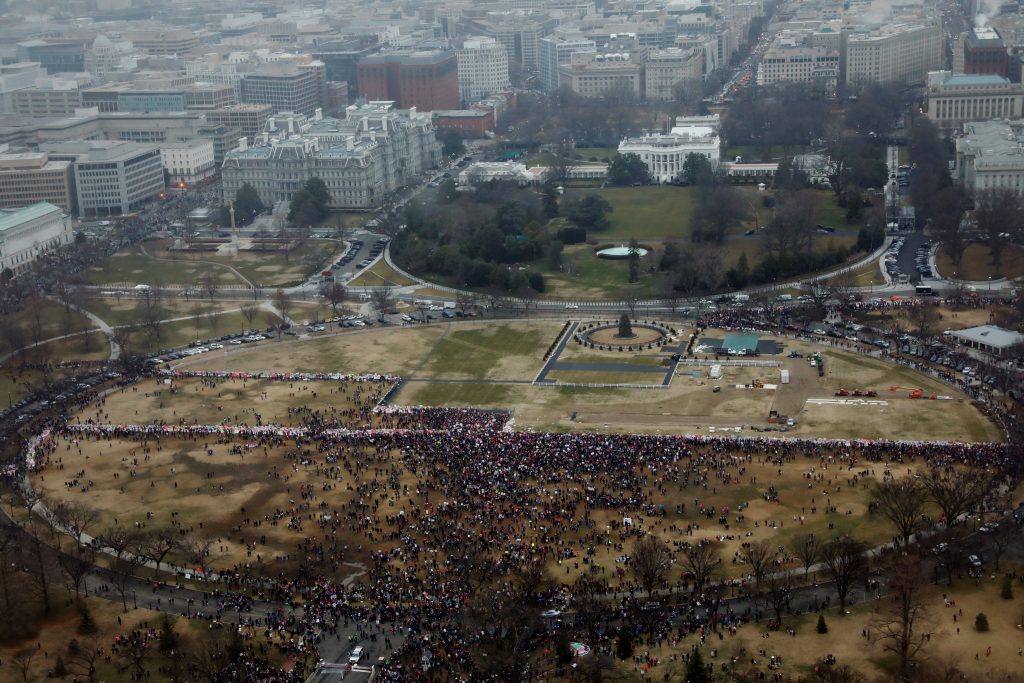 Women took to the streets in unexpectedly large numbers in major U.S. cities on Saturday to stage mass protests against President Donald Trump, in an early indication of the strong public opposition the Republican may face in office.

Hundreds of thousands of women fanned out through downtown Washington around the White House and other landmarks, and also thronged parts of New York, Los Angeles, Chicago and Boston to rebuke Trump on his first full day in office.

The Women’s March on Washington appeared to be larger than the crowds that turned out the previous day to witness Trump’s inauguration on the steps of the Capitol.

Organizers of the protest had told police they expected 200,000 people to attend but the crowd looked substantially bigger than that, stretching for about a mile.

A planned march in Chicago grew so large that organizers did not attempt to parade through the streets but instead staged a rally. Police said more than 125,000 people attended.

The protests illustrated the depth of the division in the country which is still recovering from the bitterly-fought election campaign. Trump stunned the world by defeating Democrat Hillary Clinton.

Although his party now controls both the White House and Congress, Trump faces entrenched opposition from segments of the public at the start of his term.

A recent ABC News/Washington Post poll found Trump had the lowest favorability rating of any incoming U.S. president since the 1970s.

Tens of thousands of protesters filled midtown Manhattan and thousands of women also took to the streets of Sydney, London, Tokyo and other cities in Europe and Asia in “sister marches” against Trump.