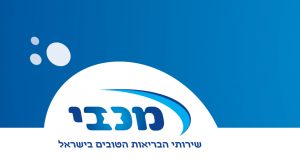 2016 was a key battle year between the various Israeli health funds (kupot cholim), each of which sought mightily to increase its membership – since with more members, they would qualify for more government funding. The winner in 2016, based on numbers released by the Health Ministry this week, was the Maccabee Health Fund – and the big loser was the Leumit fund, which lost tens of thousands of clients.

Israelis are allowed to switch health funds several times a year. Each fund offers the same basic services via the national health insurance law; the funds make their money by selling insurance upgrades which give members access to additional services. According to the law, there are no limitations on who may buy the insurance upgrades, and there are no qualifying health or income tests.

A total of 164,000 Israelis chose to switch funds this year, a significant jump over the 140,000 who chose to do so in 2015. That is due to a change in the law that allows those who switch funds to retain their rights to the same level of service in their new fund; previously, those who switched had to wait six months before they could purchase the advanced insurance offered by the fund.