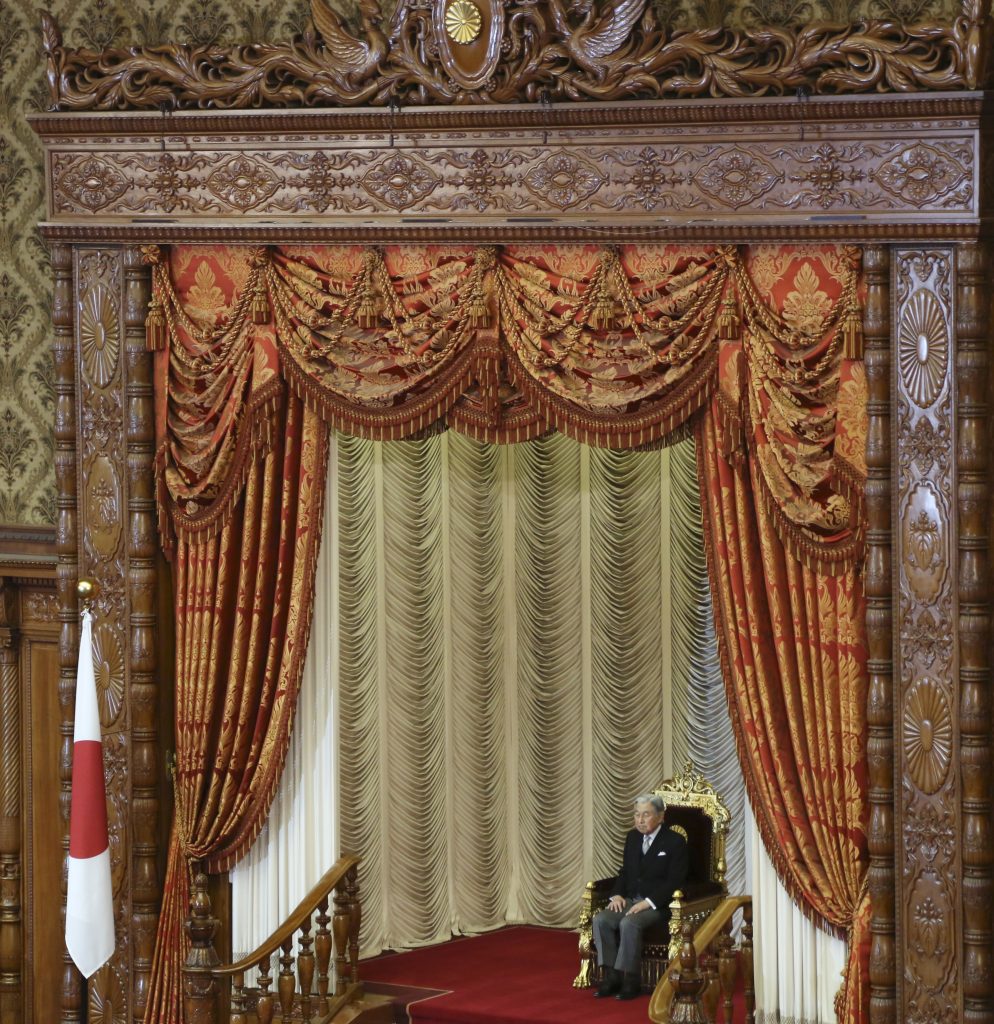 Japanese Prime Minister Shinzo Abe said Friday that he plans to visit the U.S. as soon as possible to meet with incoming President Donald Trump.

Speaking on the eve of Trump’s inauguration, he called the U.S.-Japan alliance an “unchanging principle” for his country’s foreign and security policy. His urgency to meet Trump reflects worries in Japan about how Trump’s “America first” policy will affect U.S. commitments to the Asia region, as well as fallout from any heightened tensions with China and North Korea.

Abe was the first foreign leader to meet Trump after the election, making a stop in New York in November on his way to Latin America.

“The Japan-U.S. alliance is the cornerstone of our country’s foreign and security policy, in the past, present and in the future,” Abe told parliament in an annual policy address. “It’s an unchanging principle.”

Abe said he wants to meet Trump to deepen that relationship further.

“I plan to further strengthen the bond with new President Trump,” Abe said. He didn’t give a specific date, but local media reports have mentioned late January as a possibility.

In the speech at the parliament, Abe also said the two allies, enemies in World War II, have a responsibility to show “the power of reconciliation” as they work together to contribute to global peace and prosperity.

Abe reiterated his concerns about “heightened tension” in the region amid China’s increasingly assertive maritime activity, and pledged to step up cooperation with other countries in the Asia-Pacific region, including India, Australia and those in Southeast Asia. He said he wants to keep the U.S. troop presence on the southern island of Okinawa as a “deterrence.”

During his election campaign, Trump demanded that Tokyo pay more of the cost to keep the 50,000 U.S. troops stationed in the country under a bilateral security pact, and threatened to pull them out otherwise. Since winning the elections, presumably after repeated reminders by Japanese officials, he has not repeated that Japan make significant host-nation contributions.