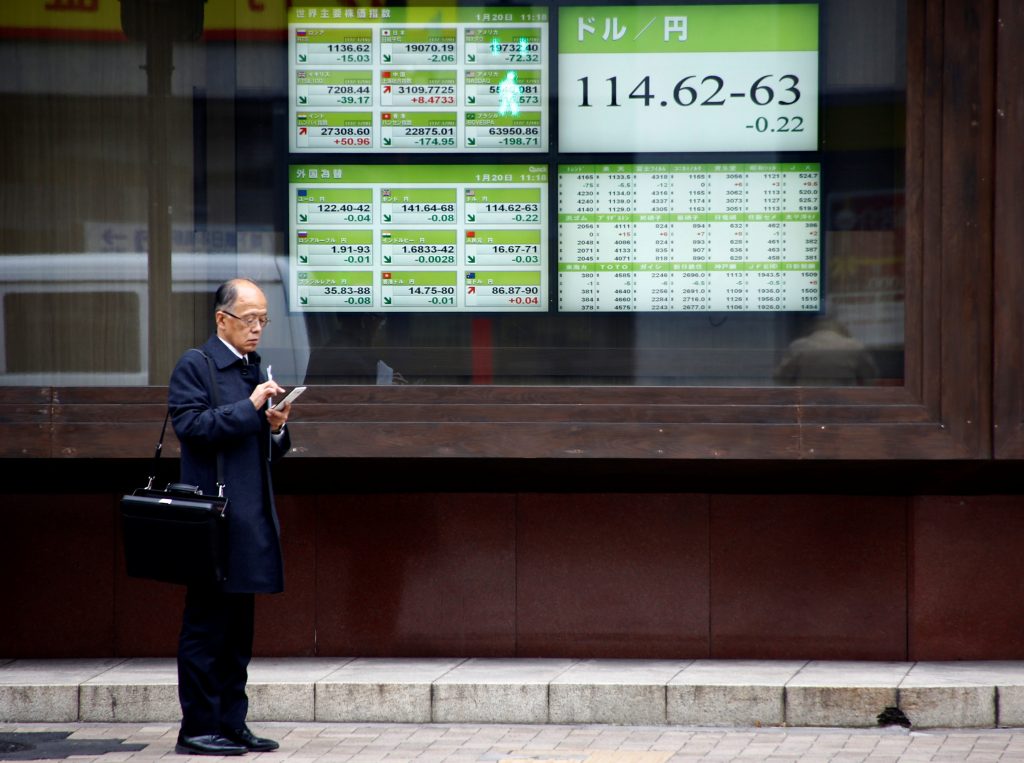 Asian markets were mixed in cautious trading Friday ahead of the inauguration of President-elect Donald Trump. China’s report that its economy grew at a 6.8 percent pace in October-December was in line with expectations.

The Dow Jones industrial average erased its gains for 2017 on Thursday, falling for the fifth day in a row as the post-election Trump rally waned ahead of the inauguration. Investors will be looking for clues in Trump’s inauguration speech for his plans on fiscal stimulus, tax cuts and trade.

“Markets are now waiting for more evidence that Donald Trump will deliver on fiscal stimulus and deregulation but uncertainty remains high about what he will do on trade,” Shane Oliver of AMP Capital said in a commentary. “The risk of a tit-for-tat trade war between the U.S. and China is high, particularly if Trump formally brands China a currency manipulator.”

Shares in Shanghai and Shenzhen rose after the government said the economy grew at a 6.8- percent annual rate in the last quarter. Full year growth was 6.7 percent, the weakest in three decades as a potential trade battle with Trump looms.

Benchmark U.S. crude gained 16 cents to $52.28 per barrel in electronic trading on the New York Mercantile Exchange. The contract rose 23 cents Thursday to close at $52.12. Brent crude, used to price international oils, rose 24 cents to $54.40 in London. It added 24 cents the previous session to $54.16.