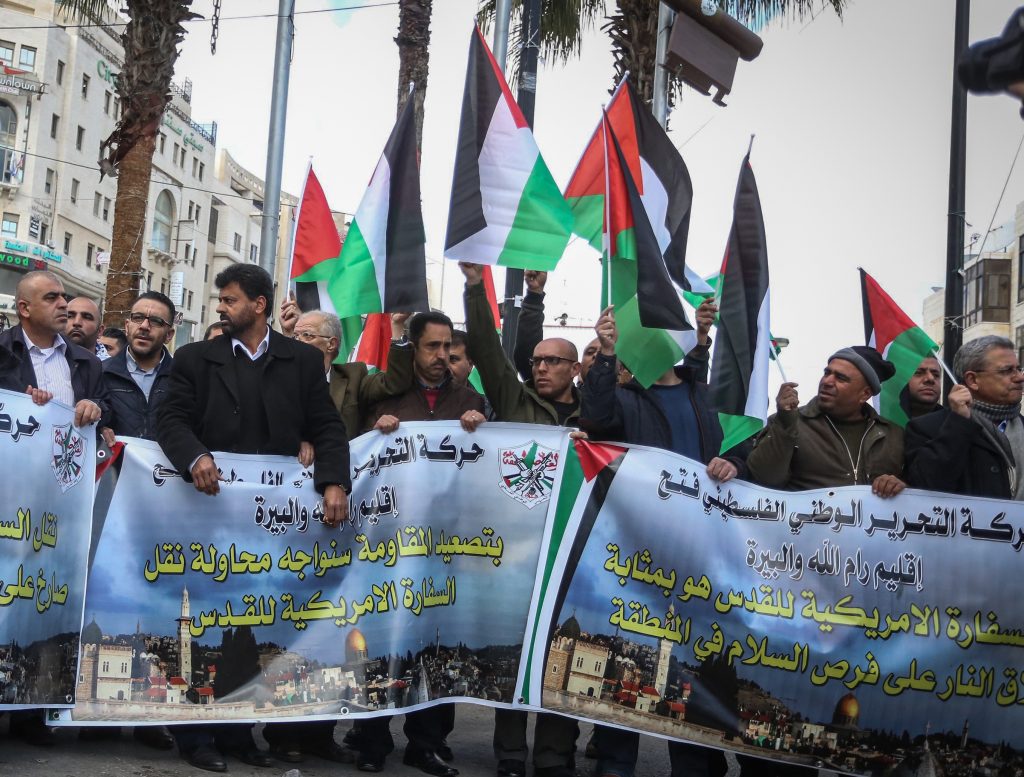 Donald Trump still plans to move the American embassy from Tel Aviv to Yerushalayim, he told the editor of Israeli daily Yisrael Hayom Boaz Bismuth. On hand for the inauguration Friday, Bismuth said that he managed to get a few minutes with Trump, and asked him if he remembered his promise to move the embassy.

“I remember what I said about Jerusalem,” Trump responded. “Of course I haven’t forgotten. And you know I am not a person who forgets his promises.” Trump added that he was looking forward to a forging a new American relationship with Israel. “I can’t wait to begin working with Israel. The official connection between us will begin on the weekend.”

In recent days, Palestinian Authority chief Mahmoud Abbas has increased his rhetoric against the move, warning that it would destroy the peace process and that there would be “consequences” if the embassy was moved. Speaking to French newspaper Le Figaro Sunday, Abbas said that such a decision would elicit a very negative response from the PA. “I wrote to President-elect Trump and asked him not to [move the embassy],” Abbas told the newspaper. “Not only will this action destroy America’s legitimacy to fill any sort of position in a solution to this conflict, it will also destroy the two-state solution.” In addition, he said, the PA might “unrecognize” Israel if the embassy was moved. “Canceling our recognition of the State of Israel is one of the possibilities, although I hope we won’t come to this point. I hope the opposite will happen – that we will succeed in working with the next U.S. government.”

At a meeting last week with far-left Israeli politicians and activists, Abbas threatened violence if the United States moved its embassy to Yerushalayim. “The transfer of the embassy will have serious implications, and not just among the Palestinian people, but on the just struggle against the occupation.”

According to Haaretz, Abbas began taking seriously the prospect of an American embassy move after he met with Daniel Arbess, said to be a close confidante of Trump’s son-in-law, Jared Kushner, whom Trump has put in charge of America’s Middle East policy. According to the report, Abbas had tended to dismiss the talk of an embassy move as election sloganeering that would soon be forgotten, but according to the report, Abbas changed his mind after meeting with Arbess, whom he hoped would be able to open a back-channel into the White House because of his relationship with Kushner.

After telling reporters a day earlier that “even [Trump] understands that [moving the embassy] is a step with irreversible and broad significance beyond the Israeli-Palestinian conflict,” the report said, Abbas the next day “changed his approach and launched a diplomatic and media campaign against the moving of the embassy. On Friday in Beit Lechem, Abbas spoke sharply about the matter and warned the move would have serious consequences. A few days later, Abbas sent a letter warning Trump about the fallout of moving the embassy,” Haaretz said. It is not clear what was discussed, the report added, but apparently it was sufficient to impel Abbas to speak out more forcefully.