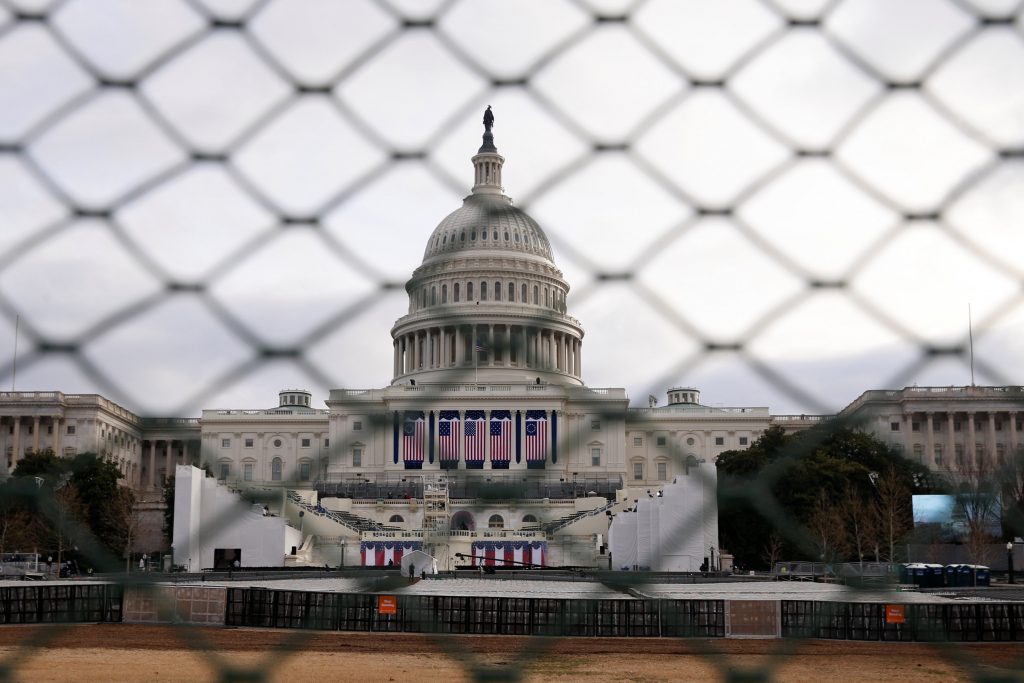 President-elect Donald Trump is heading to Washington for his inauguration.

Trump and his family drove away from Trump Tower in New York City Thursday morning. Some onlookers and hecklers gathered on Manhattan’s streets to watch the motorcade.

He was en route to LaGuardia Airport where he will board a military aircraft to fly to Washington. Trump is traveling without any media.

Trump will attend several events Thursday ahead of his swearing-in Friday.

Trump will live in the White House but is expected to spend time at both Trump Tower and Mar-a-Lago, his coastal Florida estate.

Incoming White House spokesman Sean Spicer says it “shouldn’t be a shocker” that Trump will be staying at his new Washington hotel.

Spicer said at a news conference Thursday the hotel is a symbol of the kind of government Trump wants to run, “ahead of time and under budget.”

Trump made a surprise visit to Trump International Hotel on Wednesday night, grabbing a late dinner before heading back to New York.

Reporters were not allowed inside the hotel, which is currently off-limits to journalists.

The incoming White House press secretary says those three “weren’t even on their political hit list” and questions why their nominations are being held up.

Ethics reviews had not been completed on some nominees, slowing the process. Several critical nominees, such as Trump’s defense secretary pick, James Mattis, could be confirmed as soon as Friday.