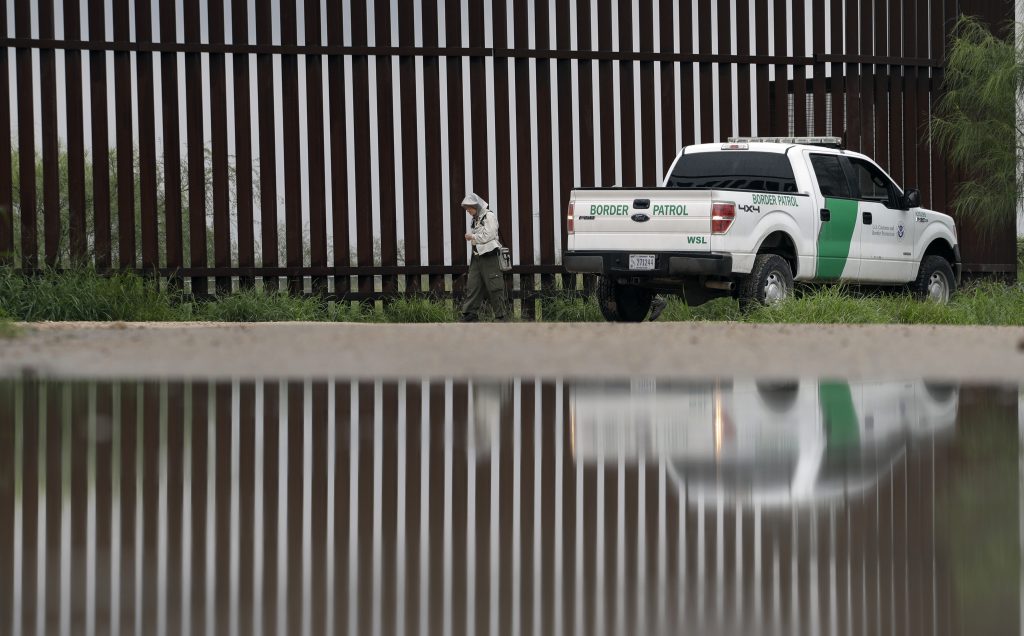 Aides are clearing the way for President-elect Donald Trump to take the first steps toward transforming the immigration system as soon as he takes office Friday, fulfilling a major campaign pledge while deepening the fears of immigration advocates about what’s to come.

Gone will be the temporary protections of the final Obama years for people in the country illegally. In their place, expect to see images on the evening news of workplace raids as Trump sends a message that he is wasting no time on his promised crackdown.

In addition to the high-profile raids, Trump will also widen the range of people singled out for deportation, focusing on those with criminal convictions; and he could move immediately to reduce the number of refugees allowed into the U.S., according to interviews with immigration advocates and with people familiar with his plans.

He may also limit who can come into the country as a security measure, making good on a sweeping vow to stop immigrants “from any nation that has been compromised by terrorism.”

Other changes will unfold more slowly but are designed to have wide-ranging effects. People who have committed even minor crimes are expected to be deported, along with about 800,000 people who were ordered removed but may still be in the U.S.

More immigration agents will be sent to local jails to look for violators, prosecutions of immigration violations will increase, and fewer people will be eligible to request protection in the U.S. as the definition of what constitutes a “credible fear” of returning home probably will be narrowed.

Taken together, the actions would result in a significant shift in how immigration law is enforced, which could itself create a ripple effect that alters the immigration pool and how the 11 million or so in the U.S. illegally live their lives. Unlike some of his other big-ticket plans, such as replacing Obamacare, Trump can act on immigration without Congress under the president’s wide legal authority to control borders.

“We’re going to move very quickly on the border,” Vice President-elect Mike Pence told NBC News on Wednesday, saying Trump could even use his executive power to start on his chief immigration pledge — building a wall along the border with Mexico.

Next year’s Homeland Security budget includes about $175 million set aside for upgrading Border Patrol buildings and adding new equipment, which along with other funds could be diverted quickly to start construction on a wall while Congress considers proposals to increase funding.

With a stroke of his pen, Trump could also end President Barack Obama’s move to protect from deportation hundreds of thousands of immigrants brought to the country illegally as children.

More than 740,000 people subjected themselves to a background check and received two-year work permits under that program, Deferred Action for Childhood Arrivals. If the program is canceled, those permits could be allowed to expire during Trump’s first two years in office.

Obama vowed to fight any effort by the incoming administration to track down and deport those who applied for protection under the program.

The president said on Wednesday during his final news conference that he plans to keep a low profile right after he leaves the White House, but that he will speak out if he sees evidence of “efforts to round up kids who have grown up here and who are, for all intents and purposes, American kids.”

Trump has already hinted he will work with the Republican-led Congress to revamp the work visa system, reduce the flow of legal immigration and revive a proposal, formerly called the Dream Act, that would give some form of legal status to those immigrants brought illegally to the U.S. as children.

In an interview Wednesday on Fox News, Trump said he would be “working on a plan” over the next few months that could help some people stay in the country.

Nevertheless, advocates for immigrants expect to see Immigration and Customs Enforcement agents raid workplaces to detain people in the U.S. illegally, and are preparing to counsel children who have seen their fathers or mothers handcuffed and driven away to an immigration detention center.

“Trump and his team have demagogued immigrants from Day One on his campaign, and we are bracing for the worst,” said Frank Sharry, head of America’s Voice, an immigration advocacy group.

In a Gallup survey this month, 41 percent of Americans were satisfied with the current level of immigration, a higher percentage than at any time since Gallup began tracking the issue in 2001.

Amid the contentious debate over the issue in the last year, the percentage of people wanting less immigration fell to just 36 percent. They’re part of a majority, 53 percent, that are dissatisfied on the issue, though some in that group want to see more immigration or levels to remain the same.

The Obama administration limited deportations to recent arrivals, repeat immigration violators and people with multiple criminal convictions. If Trump sweeps away those restrictions, many of them enshrined in a November 2014 memo from outgoing Homeland Security Secretary Jeh Johnson, immigration agents will be free to begin deporting more people. They could quickly boost removals by 75 percent, to levels last seen in 2012 at the end of Obama’s first term, when more than 400,000 people were deported. Last year, the Obama administration deported 235,000 people.

Much of the task of unraveling Obama’s immigration protections and ratcheting up deportations will fall to Trump’s choice to run the Department of Homeland Security, retired Marine Gen. John F. Kelly, who oversaw the military’s counternarcotics operations in Central America until early last year. Kelly is expected to be confirmed Friday.

“One of the effective things would be for Gen. Kelly to give his Border Patrol agents and ICE officers the clear go-ahead to start enforcing the law,” said Rosemary Jenks, vice president and director of government relations for NumbersUSA, a group that advocates for reduced immigration levels. “I think that’s an important message that has to go out as soon as Gen. Kelly is confirmed, because they have been waiting eight long years to get that order.”

Building a “big, beautiful wall” across the entire U.S. border with Mexico, as Trump has called for, would also fall under Kelly.

Trump would often bring his campaign rallies to a crescendo with a call-and-response about forcing Mexico to pay for such a wall.

One proposal his advisers have floated would be to tax some of the estimated $25 billion in remittances sent home by Mexican workers in the U.S. each year — an idea that would probably be opposed by the financial services companies that facilitate the money transfers.

Trump surprised some Republican lawmakers this month when he said he would ask Congress to front the cost — estimates range from $12 billion to $38 billion — before demanding reimbursement from Mexico. He later said he was not altering his campaign plans but merely trying to move more quickly than the appropriations process would allow.

“The dishonest media does not report that any money spent on building the Great Wall (for sake of speed) will be paid back by Mexico later!” Trump tweeted.

Mexican officials have said they will refuse to cooperate.