Community On Respecting the Peaceful Transition of Power: An Interview With Rabbi Hier and Rabbi May
Community 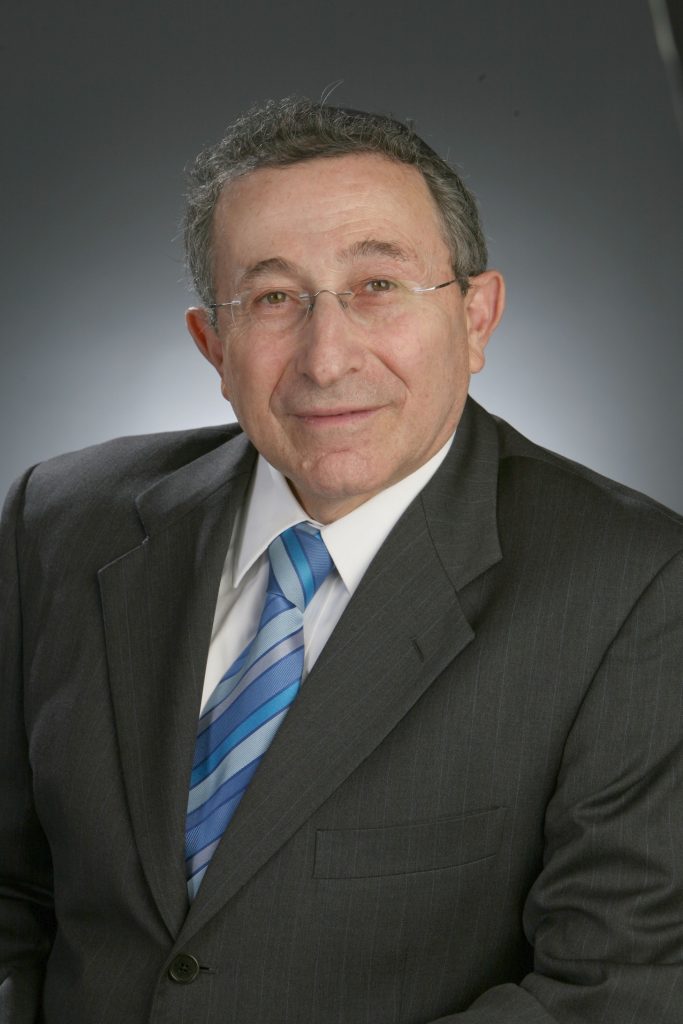 Rabbi Marvin Hier, Founder and Dean of the Simon Wiesenthal Center, will be one of six clergy members – and the only rabbi ­– to give an invocation at Donald Trump’s inauguration ceremony on Friday.

At dinner on Thursday evening, I chanced upon Rabbi Hier and Rabbi Meyer H. May, Executive Director of the Simon Wiesenthal Center, who will also be attending the inauguration. Actually, our accidental meeting was perhaps inevitable: As there is only one kosher restaurant in Washington, all kosher-observant Jews in the capital for the inauguration – be they media members, dignitaries or just plain visitors – eventually make their way to the New York-style deli on 22nd and L.

After dinner with family, Rabbi Hier and Rabbi May graciously agreed to an interview.

I began by asking Rabbi Hier if he would give Hamodia readers a sneak preview of his invocation.

“That means the Heavens belong to G-d, but what happens on earth is up to man,” said Rabbi Hier: Hashem does not act to help us until we show that we are becoming partners with Him.

To explain this point, Rabbi Hier brings a vort from Harav Yosef Ber Soloveitchik, zt”l, on the pasuk in Parashas Shemos (2:25), “Vayeda Elokim – And Hashem knew” (about the Egyptians tormenting the Jews).

“But once He knew,” said Rabbi Hier, “when did He act? 70 years later! What took G-d 70 years? Harav Soloveitchik answers that until then, Hashem didn’t have a partner! Once Moshe Rabbeinu came back and became the partner,” Hashem performed the miracles of the exodus from Egypt.

Rabbi Hier’s point is further emphasized by the Rashi on that pasuk: Rashi says that “Vayeda Elokim” refers to the moment Hashem started focusing His full attention, as it were, on the Jews’ suffering. Although Hashem’s full attention was now focused on the plight of His people, it still took 70 years for Him to redeem them, because He was waiting for a partner in Moshe Rabbeinu.

“The most important concept of Judaism,” says Rabbi Hier, “is that Jews do not believe that anybody should collect Social Security at birth. Because they haven’t yet done anything. When you do something, then you have a right to collect. That’s the meaning of Hashamayim shamayim L’Hashem, v’haratez nasan l’vnei Adam.

“And this is the yesod of what I will say tomorrow: We have to show Hashem that we are interested in being His partners.”

Interestingly, I point out, a somewhat similar concept can be found with another U.S. President: The story is told that, during the Civil War, when someone said to Abraham Lincoln, “May G-d be on our side,” Lincoln retorted, “My concern is not whether G-d is on our side; my greatest concern is to be on G-d’s side.”

Now, why is Rabbi Hier choosing this point – ­ that Hashem waits for us to act before He does – to make at the inauguration?

Because “our new president is saying that we can do better,” answers Rabbi Hier. Therefore, Rabbi Hier wishes to emphasize that we must put in our effort: “Haba l’taher misayin oso: If we do better, then Hashem will kick in, too.”

(Post script: Among the pesukim and maamarei chazal that Rabbi Hier recited at the invocation Friday were several describing the importance of work, such as following pesukim from Tehillim: “Who may dwell on your holy mountain? One who does what is right and speaks the truth; When you eat the labor of your hands, you are praiseworthy; He who sows in tears shall reap with joy; The freedoms we enjoy are not granted in perpetuity, but must be reclaimed by each generation.” And the Gemara in Taanis: As our ancestors have planted for us, so we must plant for others. And the Mishna in Pirkei Avos 2:21, “While it is not for us to complete the task, neither are we free to desist from it.” In this interview with Hamodia on Thursday evening, Rabbi Hier was explaining why he chose these passages: to stress that it is incumbent upon us to work to do what is right, and then Hashem will bring us success.)

I ask Rabbi Hier about the significance of an Orthodox rabbi being asked to give an invocation at a presidential inauguration.

He replies by recalling how liberal Jewish groups urged him to decline the invitation to give the invocation, because they opposed Trump.

“I say to them, take a look at how many countries you have where you can say that the Jewish community thrives and lives safely. You can’t say that about Europe … Only here.

“As my father used to stress, ‘Derech eretz kadmah l’Torah.’ Imagine that, in a country in which yeshivos thrive – as do shuls, batei kneisiyos, kollelim – you’re asked by the inauguration committee to recite a tefillah and a Jew says, ‘No, I am not coming.’ It would be an insult to America, the greatest country in which the Jews have ever lived in, in galus.

“If a rabbi is asked to give the invocation and he says no, you know what the ramifications would be? That would be so stupid! It didn’t even take me a second before I said yes!

“All those letters urging me to decline were wasted letters because I never had a hava amina of saying no. It would be a lack of basic derech eretz.

“And that’s even if I didn’t expect [good things from the administration]; but especially for a president who says that he loves Israel, and that Israel has been mistreated.”

Rabbi Hier is extremely optimistic about the Trump Administration’s position toward Israel and does not seem the least bit concerned about Trump’s earlier comment that he would be neutral on the Palestinian-Israeli issue, particularly noting that Trump has said he will move the U.S. embassy in Israel to Yerushalayim.

On the subject of attending inaugurations, Rabbi Hier disagrees with the Trump opponents who are boycotting the 2017 ceremony; he believes that all sides should celebrate the peaceful transition of power.

“Those who don’t want to come to the inauguration have to understand that a seesaw never stays in the middle. It goes to one side, hits bottom, then goes to the other side. So the Left is boycotting now? Then the Right will say, ‘You did that to us? Four years later, wait till you see what we’re going to do.’ And who suffers? Democracy.

“The other side should always attend and show respect,” says Rabbi Hier.

“For 364 days a year, they fight in politics. They all could afford for one day to sit with derech eretz and respect for the peaceful transformation from one administration to another.”

Rabbi Meyer H. May picks up on this theme of respect for the peaceful transition of political leadership.

“Every four years you have the opportunity to observe the transfer of power in America, which is the most elegant exercise in our culture – to see that we pass the baton from one president to another, without violence. And it’s something that we should appreciate, we should laud. That’s why I’m attending my fifth inauguration.

Asked for particular issues that he thinks Trump will be good for the Jewish community, Rabbi May says, “I think President Trump will be great on Israel.

“I think that Trump understands the unfairness of what’s gone on in the United Nations, the unfairness in the world. Everyone understands that Israel is not the problem in the Middle East, but as Bibi Netanyahu says, it’s what’s right about the Middle East. And any fair-minded person who’s not coming laden with bias can see very well that Israel is a major contributor, whether in the world of technology, and in terms of how it’s developed in its short history, it’s a real powerhouse in the world – just this week, Israel was ranked tenth in the world on the Bloomberg Index of Innovative Economies.”

And on what domestic issues does Rabbi May think Trump is particularly good on?

“I think that he is good on immigration – what I mean is that we live in a country of laws, and people should abide by the laws. Anyone is welcome to come in, but I do believe in aggressive screening of all immigrants, regardless of where they come from, to make sure that we’re not bringing in people that ultimately harm American citizens. I think it’s straightforward and pretty obvious as a policy.

“And his choice of Secretary of Education is outstanding. Betsy DeVos is a person who understands vouchers, who supports vouchers and is probably pushing for greater involvement by the federal government, and hopefully to encourage state governments to allow school choice and vouchers, and help alleviate the stress on families who have to send multiple kids to yeshiva.”