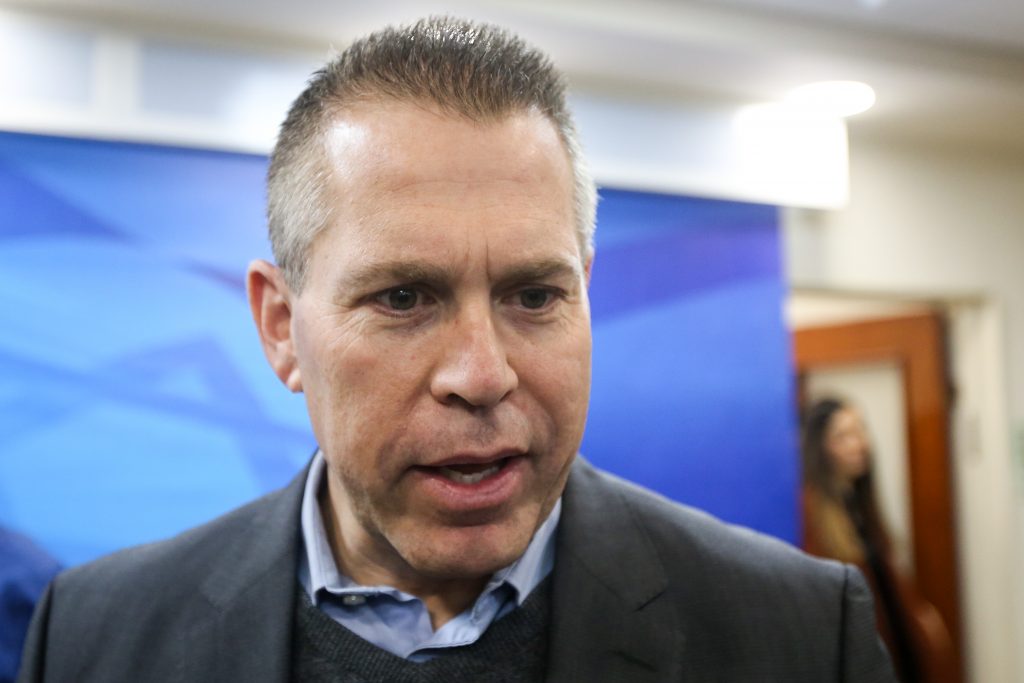 Erdan sent a letter to Mandelblit calling for a probe into public statements made by Ayman Odeh, Jamal Zahalka and Hanin Zoabi, all of the Joint (Arab) List, whom he accused of fomenting violence at the court-ordered demolition of illegal houses in the Bedouin village of Umm al-Hiran in the Negev on Wednesday.

The three MKs “did not miss any opportunity to inflame and radicalize the position of the community’s residents ahead of the expected evacuation, and did not refrain even from clear calls for violence against the forces that were expected to take part in the evacuation,” Erdan wrote.

In response, Odeh denounced Erdan as “a serial inciter and a pathological liar. We already called for a state commission yesterday. We have nothing to hide. We are demanding a comprehensive investigation into the chain of events, and especially into the conduct of the police for the violent and cruel evacuation of Umm al-Hiran.

“They are those responsible for the bloodshed that occurred in Umm al-Hiran. They are those who use the police force for political propaganda purposes,” the statement said.

During the rioting, Sgt. Erez Levi, Hy”d, 34, a father of two from Yavneh, was killed in a car ramming, and several other officers were injured. The driver of the vehicle, Abu al-Qia’an, was shot dead by police at the scene.

Police described al-Qia’an as a jihadist sympathizer; the attack as “terrorism” and “murder.” The police version was disputed by residents and activists who claim that he was shot by police before the ramming, and then lost control of the vehicle when it slammed into Levi.

The family of Abu al-Qia’an demanded Thursday that the Justice Ministry’s police internal affairs department launch an investigation into the circumstances of his death.

“I submitted a proposal to the Knesset to establish a parliamentary investigative committee to examine the events at Umm al-Hiran, where people were killed,” said Abu Arar.

“We shall not rest until the truth is revealed, and reject the lies and rumors,” he declared, while adding that the Prime Minister, Erdan and police ought to back down and apologize before the citizens of Israel for what he called “distorting the truth.”

“I urge the government of Israel to freeze building demolitions in Arab society in general, and the Negev in particular, until solutions acceptable to the residents can be agreed upon,” he added.

Meanwhile, Israel’s Channel 1 reporter Itzik Zuaretz said that he was the target of an attempted lynching while covering the violent protests in Umm al-Hiran on Wednesday.

“It was a real attempted lynch, they immediately armed themselves with stones and blocks, you see the hatred in their eyes, you feel the stones sailing over your head, stones hitting your back,” Zuaretz recounted.

Zuaretz credit three Arabs on the scene, including an aide to MK Ahmed Tibi, for protecting him from the assailants and escorting him out of the area.

Zuaretz was lightly wounded during the incident and transferred to Soroka hospital in Beersheva for treatment.