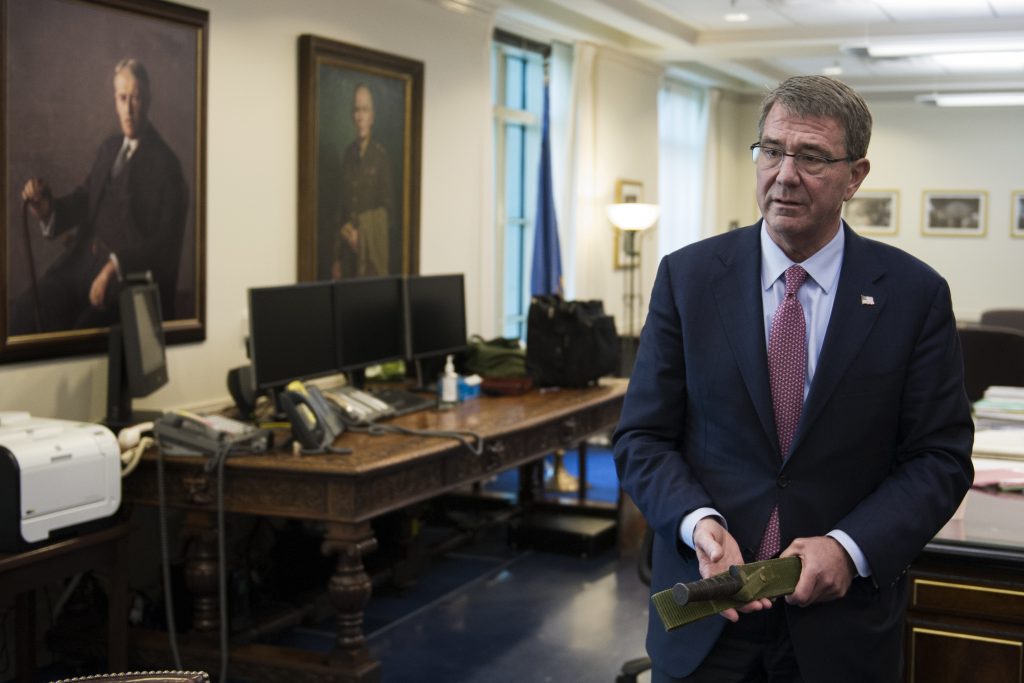 Defense Secretary Ash Carter said Wednesday he had opposed commuting the prison sentence of convicted leaker Bradley Manning, who was convicted in 2013 of espionage and other crimes for leaking classified information while deployed in Iraq.

“That was not my recommendation,” Carter said in an Associated Press interview. “I recommended against that, but the president has made his decision.”

Carter declined to elaborate on his view.

President Barack Obama has drawn intense criticism from members of Congress and others for his decision Tuesday to commute Manning’s 35-year prison sentence to about seven years, including the time he spent locked up before he was convicted. His sentence is now set to expire May 17.

A judge convicted Manning of 20 counts, including six Espionage Act violations, theft and computer fraud. He was sentenced to 35 years out of a possible maximum of 90. He was acquitted of the most serious charge of aiding the enemy, which carries a possible life sentence.

The now 29-year-old native of Crescent, Okla., leaked more than 700,000 classified Iraq and Afghanistan war logs and diplomatic cables in 2010 while working as an intelligence analyst in Baghdad. Manning also leaked a 2007 video clip of a U.S. helicopter crew killing at least nine men, including a Reuters news photographer and his driver. The Pentagon later concluded the helicopter crew acted appropriately, having mistaken the camera equipment for weapons.

The White House declined to comment on Carter’s remarks but pointed to Obama’s explanation about why he’d granted the commutation.

Obama said his decision took into account the fact that Manning had gone to trial, taken responsibility for his crime and received a sentence that he said was harsher than other leakers had received. He emphasized that he had commuted the sentence, not granted a pardon, which would have symbolically forgiven him for the crime.

“I feel very comfortable that justice has been served,” Obama said, adding, “A message has still been sent that when it comes to our national security, that wherever possible we need folks who may have legitimate concerns about the actions of government or their superiors or the agencies in which they work, that they try to work through the established channels and avail themselves of the whistleblower protections that have been put in place.”

The president said he does not accept the argument of critics that the commutation sends the wrong message to others in the military.

“The notion that the average person who was thinking about disclosing vital, classified information would think that it goes unpunished, I don’t think would get that impression from the sentence that Bradling Manning has served,” Obama said.

Vice President-elect Mike Pence said Obama’s decision on Manning was a mistake and called the convicted leaker a “traitor.”

One name missing from the list of pardons and commutations the White House announced Tuesday is U.S. Army Sgt. Bowe Bergdahl. The former prisoner of war is accused of endangering comrades by walking off his post in Afghanistan in 2009, and has asked Obama for a pardon. He was captured by the Taliban and held prisoner for five years.

A pardon would allow Bergdahl to avert a military trial scheduled for April. He faces charges of desertion and misbehavior before the enemy. The misbehavior charge carries a maximum penalty of life in prison.

Asked about the Bergdahl case, Carter told the AP, “That one hasn’t come to me yet in any way. It’s a law enforcement matter, so I really can’t comment on it.”