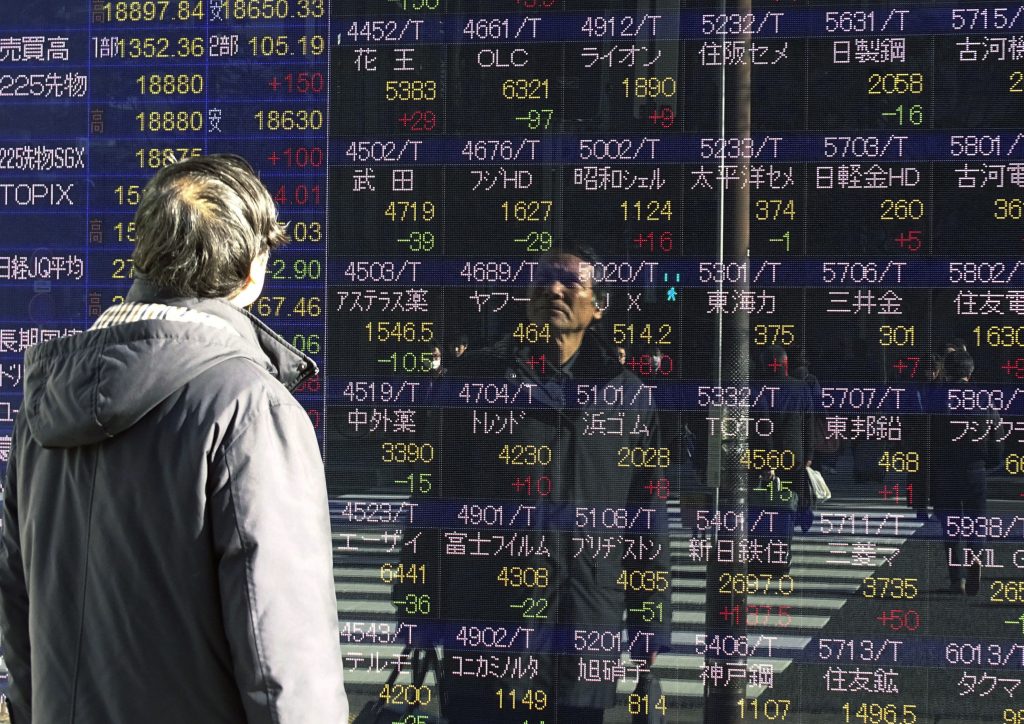 World stocks were mixed Wednesday following a sharp correction in the dollar that sapped investor enthusiasm.

The dollar leveled off a day after slumping against peers including the yen, euro and pound. One factor behind the currency fluctuations was British Prime Minister Theresa May’s speech about Britain’s pending departure from the European Union, which soothed investors following months of uncertainty about the plan for an exit following the June vote. Comments by U.S. President-elect Donald Trump about the dollar being “too strong” and hurting U.S. competitiveness with China also added downward pressure on the greenback. Trump’s comments were published in the Wall Street Journal on Monday but had little impact until U.S. investors returned to work Tuesday after a long weekend.

Initial investor optimism over Trump’s promises to bring in business-friendly policies has been waning as reality sets in, suggested Jingyi Pan, market strategist at IG in Singapore. “The market has been anticipating better clarity into the economic plans of the new administration for months and weeks, expected to come as President-elect Donald Trump steps into office” on Friday, said Pan. “Last Wednesday’s press conference and the latest set of comments from … Trump have probably been a preview for more volatility instead as the market stands ready to adjust expectations.”

The Chinese financial hub’s benchmark index surged as local stocks were poised to benefit from the dollar’s weakness via the city’s currency peg to the dollar, which makes shares more attractive for investors and fund managers using other currencies.

Benchmark U.S. crude oil rose 18 cents to $52.66 a barrel in electronic trading on the New York Mercantile Exchange. The contract rose 11 cents, or 0.2 percent, to settle at $52.48 per barrel on Tuesday. Brent crude, used to price international oils, climbed 20 cents to $55.67.