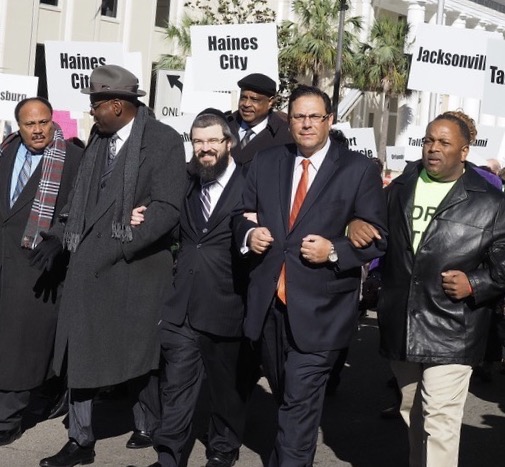 Supporters and beneficiaries of school choice initiatives in Florida won a major victory on Wednesday, when the state Supreme Court dismissed a lawsuit challenging the program’s constitutionality. The tax-credit voucher-like program has grown exponentially since its creation in 2001 and is now used by nearly 98,000 children.

In a four to one decision, the court declined to hear the case, resulting in a significant victory to backers of school choice programs and handing a sizable defeat to Florida’s teachers’ union, the NAACP, and others who have pursued the case for over two years.

The brief one-page order did not explain why the court rejected the lawsuit, but the decision upholds the rulings of lower courts that plaintiffs are not in any way injured by the program and thereby lack standing to sue the state. Earlier rulings also noted that the tax credit scholarship program did not violate a constitutional ban on state aid to religious institutions because it involved the taxing, and not the spending power, of the Florida Legislature.

“The court has spoken, and now is the time for us all to come together to work for the best interests of these children,” said Doug Tuthill, president of Step Up for Students, a group that hands out the vouchers to families.

The Florida Education Association, which led the suit, said in a statement that the union would continue to “examine the question of standing and how to get the constitutional question before the courts.”

Last January, supporters of the program, led by Black and Hispanic leaders and representatives of the Orthodox community staged a mass rally urging the teachers’ union and their co-plaintiffs to drop the suit. The call went unanswered, but the court’s decision effectively ends legal challenges.

“Exactly one year since the historic 11,000-person rally in Tallahassee with Martin Luther King III, Florida’s students were once again vindicated by the courts,” said Agudath Israel’s Florida director, Rabbi Moshe Matz. “More than 95,000 low-income students, including those in Jewish schools, benefit from the scholarship tax credit program. Today, parents can finally rest easy knowing that their scholarships are here to stay.”

Initially approved under then-Governor Jeb Bush, the program offers tax credits to corporations for donating to fund the voucher-like stipends, which are given to parents not by the government, but through third-party organizations. No monies are deflected from public school coffers and the non-governmental bodies circumvent Florida’s “Blaine Amendment,” a law in place in many states banning direct state aid to religious institutions. A great many of the scholarship’s beneficiaries attend schools under the auspices of religious groups.

The law creating the program was first approved under Gov. Bush, but was expanded this past year to include some middle-income families. The lawsuit filed by the union argued that the program violated the state’s constitution by creating a parallel education system and by directing tax money to religious institutions.

The program has had a tremendous effect on the yeshivah and Jewish day school community, as an estimated 30-50 percent of students are assisted by the program to some extent. Rabbi Matz told Hamodia that it has had a major impact on stabilizing the financial situation of many struggling schools and families, attracted more parents to Jewish educational options and even drawn more Orthodox families to the community from out of state.

The program awards up to $5,800 per qualifying student. Income thresholds apply, but, are adjusted according to the number of children in the household.

Rabbi Matz said that Agudath Israel has been “at the table” of discussions about how the program would take shape from its inception. They not only lobbied strongly for its passage, but have been a force in crafting changes to allow families whose incomes increase over time to retain some amount of the voucher, as well as convincing legislators to drop a requirement that placed road blocks for students who never attended public school or moved from other states from benefiting. Florida has several voucher programs in place, but the one that was challenged extended vouchers primarily to low-income families who use them to send their children to private and religious schools. Most of the children who receive the vouchers are black or Hispanic.

While the Florida court’s ruling is largely technical and does not set broad precedent, it comes at a time when the general issue of school choice could stand at a cross-roads nationally. Much attention has been paid to the nomination of school choice advocate Betsy DeVos to lead the Department of Education.

And the Supreme Court is set to consider a case regarding the constitutionality of Blaine Amendments, which stymie vouchers to sectarian schools in many states.