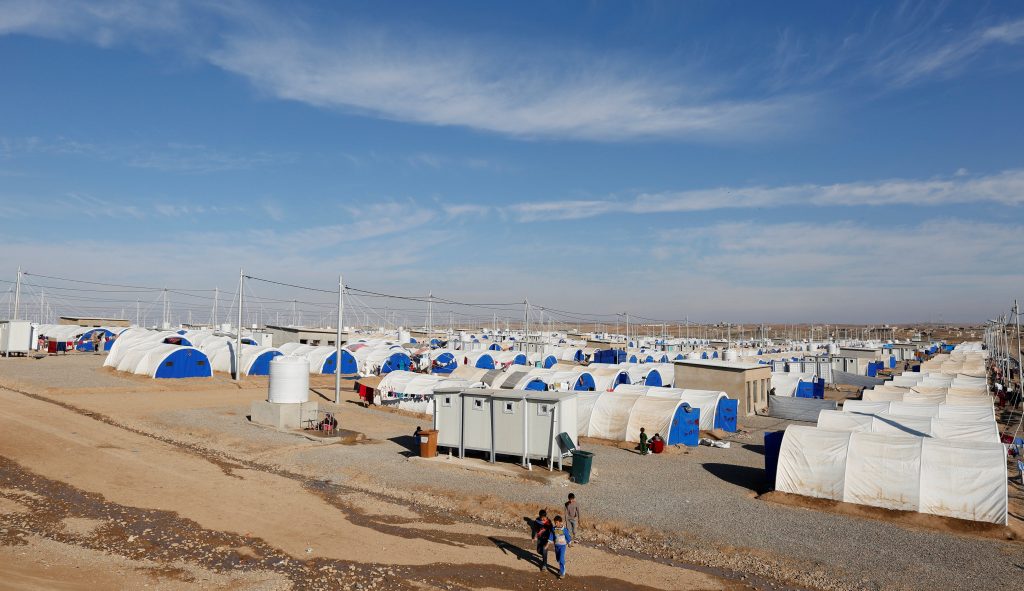 Iraqi army units advanced further into northeastern Mosul on Wednesday, pushing back Islamic State as they fought for the few districts still held by terrorists east of the Tigris river, a military statement said.

Iraqi forces have recaptured most of eastern Mosul in a three-month-old U.S.-backed offensive to drive Islamic State out of its last major stronghold in the country.

The terrorists still control all city districts to the west of the Tigris, which bisects Mosul from north to south.

Fighting took place in the Qadiya 2 and al-Arabi districts in the northeast, the statement said.

The army, special forces and elite police units have operated in tandem to capture different areas of eastern Mosul. The army is mostly deployed in the north, the Counter-Terrorism Service (CTS) – which has spearheaded advances – in the east, and the federal police in the south.

Prime Minister Haider al-Abadi said late on Tuesday that the terror group had been severely weakened in the Mosul campaign, and that the military had begun “moving” against it in western Mosul, without elaborating.

More than a dozen missile strikes in the Yarmouk district targeted weapons depots and workshops the terrorists used to make explosives and destroyed two car bombs stored there, one resident said.

Some raids had killed or wounded civilians, including in the Mosul al-Jadida neighborhood and an industrial zone, they said.