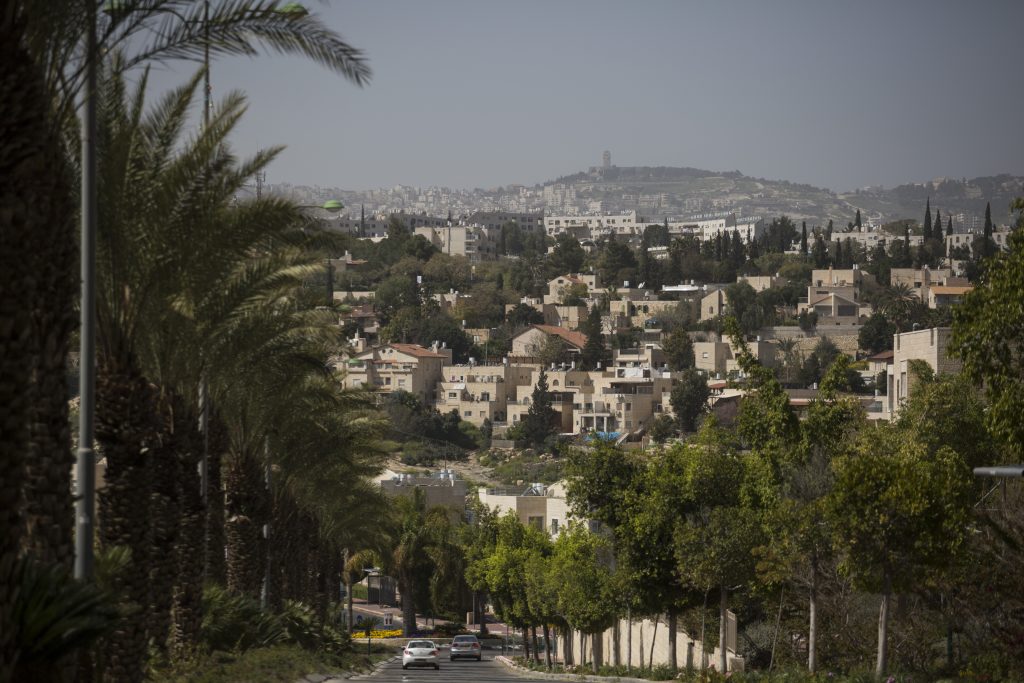 Donald J. Trump is set to be inaugurated as the 45th President of the United States on Friday, in a ceremony that will take place after Shabbos has already arrived in Israel – so the next opportunity for Knesset members to act will be Sunday morning. And it is then that MKs Yoav Kisch (Likud) and Betzalel Smotrich (Jewish Home) will present a bill to impose Israeli sovereignty on the Yerushalayim suburb of Maaleh Adumim to the Ministerial Law Committee.

The two made the announcement at a meeting of the Land of Israel Lobby in the Knesset Tuesday. “Anyone who thinks that this would be an impediment to peace – this is not the peace I am interested in,” said Kisch. “We are deliberately using the word ‘sovereignty’ and not ‘annexation.’ We are simply imposing Israeli law on an area that belongs to us. I promise that we will do everything possible to advance this law.”

Smotrich said that “a large majority of Israelis are in favor of sovereignty for Maaleh Adumim, without any need for a political settlement. We intend to propose a law to do just that on Sunday. This is a gift that Israelis deserve on the occasion of the inauguration of President Trump, and for the change of policy on Yehudah and Shomron.”

Speaking last week, Justice Minister Ayelet Shaked said that with the advent of Trump’s presidency, the era of building freezes in Yehudah and Shomron had come to an end. Speaking on a tour of Chevron, she said that with Trump in the White House, “there will be no more excuses. I have chosen to come here at the exact time that the world is condemning Israeli construction in Yehudah and Shomron.”

In an interview on the day after the election, David Friedman, Trump’s choice for American ambassador to Israel, told Army Radio that “Israel will have an extraordinarily good friend in the White House, one who will treat Israel with love and respect, and one who appreciates the miracle of Israel. It will be a very welcome change from the past eight years.”