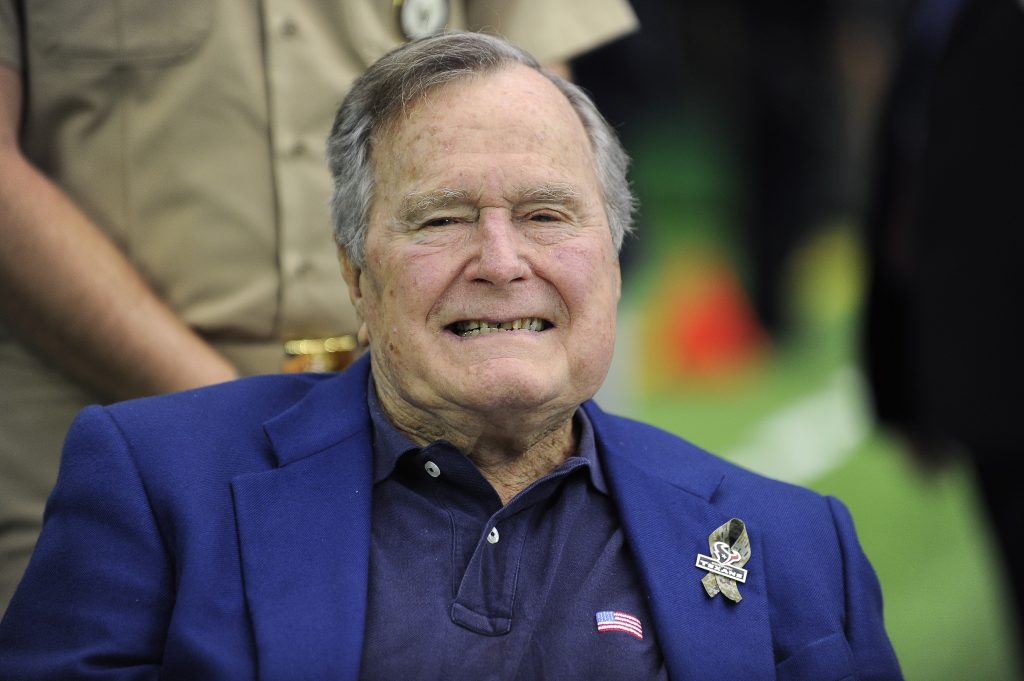 Former President George H.W. Bush was admitted to an intensive care unit on Wednesday, and his wife, Barbara, was hospitalized as a precaution, according to his spokesman.

The 92-year-old former president was admitted to the ICU at Houston Methodist Hospital to “address an acute respiratory problem stemming from pneumonia,” family spokesman Jim McGrath said in a statement. McGrath said the former first lady was hospitalized as a precaution after experiencing fatigue and coughing.

“Doctors performed a procedure to protect and clear his airway that required sedation. President Bush is stable and resting comfortably in the ICU, where he will remain for observation,” McGrath said in the statement.

McGrath later told The Associated Press that doctors were happy with how the procedure went. The 41st president was admitted to the hospital on Saturday for shortness of breath.

“So it’s just, how does his body respond. I don’t think there’s a whole lot of money to be gained betting against George Bush. We’re just kind of in a wait-and-see mode,” he said.

McGrath said Barbara Bush, who is 91, hasn’t been feeling well in the last couple of weeks, “and it finally just got to the point this morning where she said she wanted to take it out of committee and have the experts check it out.” McGrath said the move was precautionary.

Bush’s chief of staff, Jean Becker, told the Houston Chronicle and KHOU-TV that Bush was expected to go home in a couple of days.

Bush, who served as U.S. president from 1989 to 1993, has a form of Parkinson’s disease and uses a motorized scooter or a wheelchair for mobility. He was hospitalized in Maine in 2015 after falling at his summer home and breaking a bone in his neck, and was hospitalized in Houston the previous December for about a week for shortness of breath. He spent end of Dec 2012 in intensive care for a bronchitis-related cough and other issues.

Despite the loss of mobility, Bush celebrated his 90th birthday by making a tandem parachute jump in Kennebunkport, Maine. Last summer, Bush led a group of 40 wounded warriors on a fishing trip at the helm of his speedboat, three days after his 92nd birthday celebration.

Bush’s office announced earlier this month that he and his wife of more than 70 years, Barbara, would not attend President-elect Donald Trump’s inauguration this week due to the former president’s age and health.

His son, George W. Bush, was elected president in 2000 and served two terms. Another son, Jeb — a former Florida governor — made an unsuccessful bid for the GOP nomination in 2016. Only one other U.S. president, John Adams, had a son who also became president.