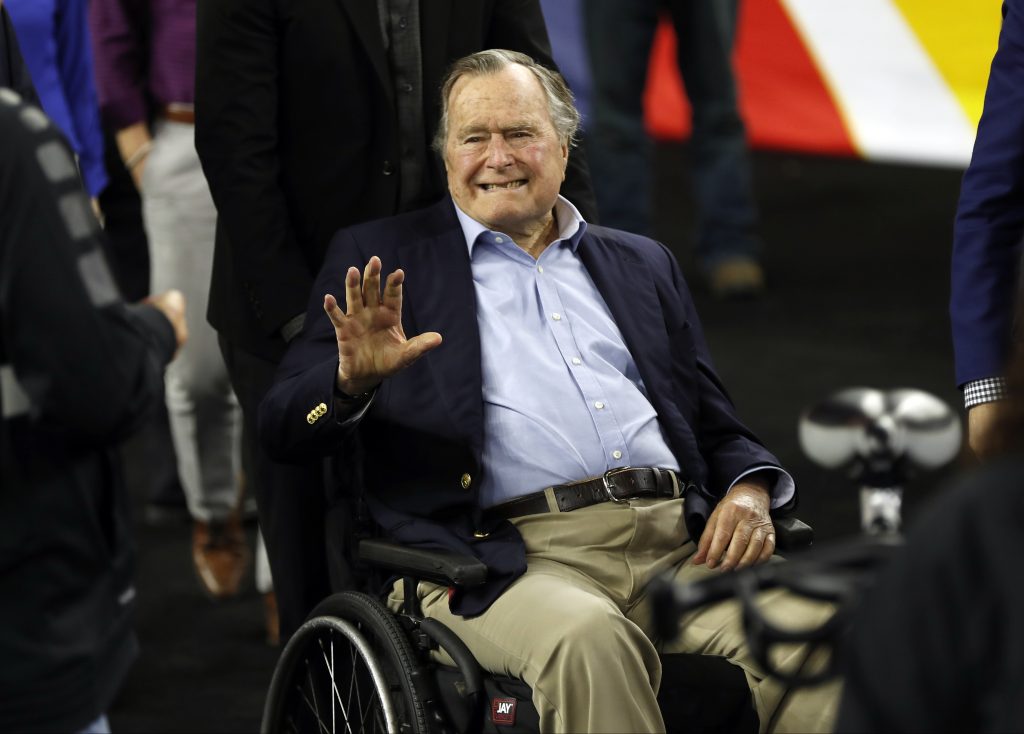 Former President George H. W. Bush has been hospitalized, but the 92-year-old is “fine” and expected to go home in a few days, his chief of staff told area media early Wednesday.

Becker did not specify the reason the oldest living U.S. president was hospitalized. Both media outlets said his office expects him to go home in a couple of days.

Becker did not immediately return e-mail or telephone calls to her office from The Associated Press.

Bush, who served as U.S. president from 1989 to 1993, has a form of Parkinson’s disease and uses a motorized scooter or a wheelchair for mobility. He was hospitalized in Maine in 2015 after falling at his summer home and breaking a bone in his neck, and was hospitalized in Houston the previous December for about a week for shortness of breath.

Despite the loss of mobility, he celebrated his 90th birthday by making a tandem parachute jump in Kennebunkport. Last summer, Bush led a group of 40 wounded warriors on a fishing trip at the helm of his speedboat, three days after his 92nd birthday celebration.

His office announced earlier this month that Bush and his wife, Barbara, would not attend Donald Trump’s inauguration this week due to the former president’s age and health.