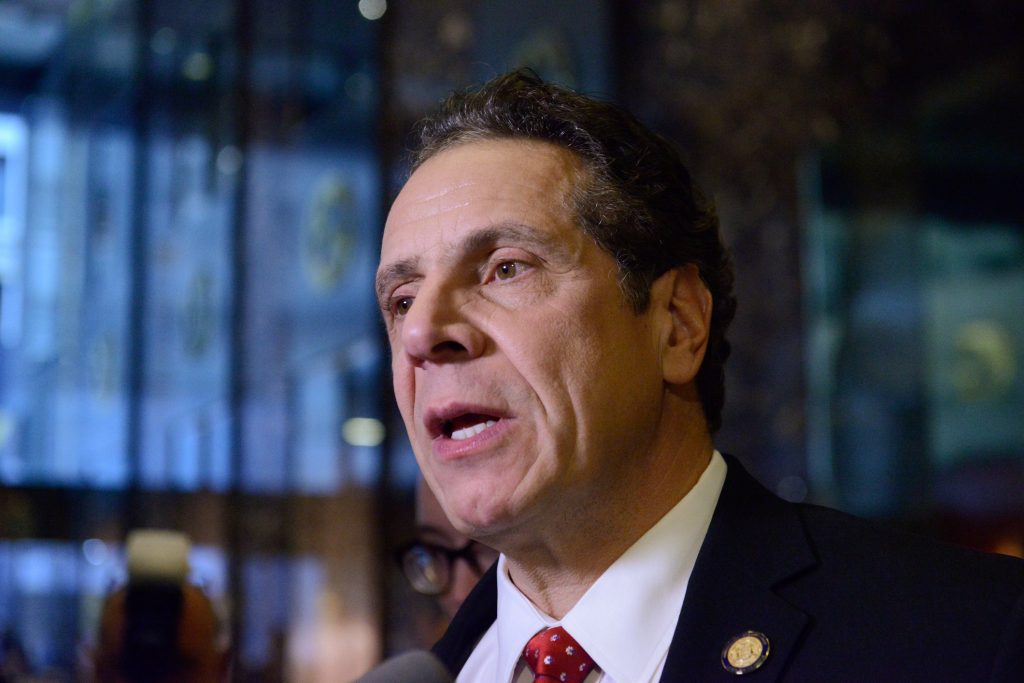 Cuomo said he wanted to make Trump aware of the impact some proposals would have on the state both men call home.

“There’s a proposal that’s being discussed that would end the deductibility of state and local taxes, for example, which would be devastating for the state of New York, California, etc.,” Cuomo told reporters at Trump’s Manhattan high-rise.

House Speaker Paul Ryan has proposed eliminating the rule that allows individuals to deduct state and local taxes from their federal tax bill. The change would disproportionately affect California and New York because of their high taxes.

Cuomo said he told Trump of a study that repealing Obamacare would leave 3 million New Yorkers uninsured. “It would have a dramatic impact on the state and not just for those 3 million,” he said. “We now live in a community where if you sneeze I get sick.”

Cuomo said the meeting was not adversarial. “He is a New Yorker,” he said. “And my sense was he understood exactly what I was saying.”