National At Confirmation Hearing, Wilbur Ross Insists He Is Not Anti-Trade
National 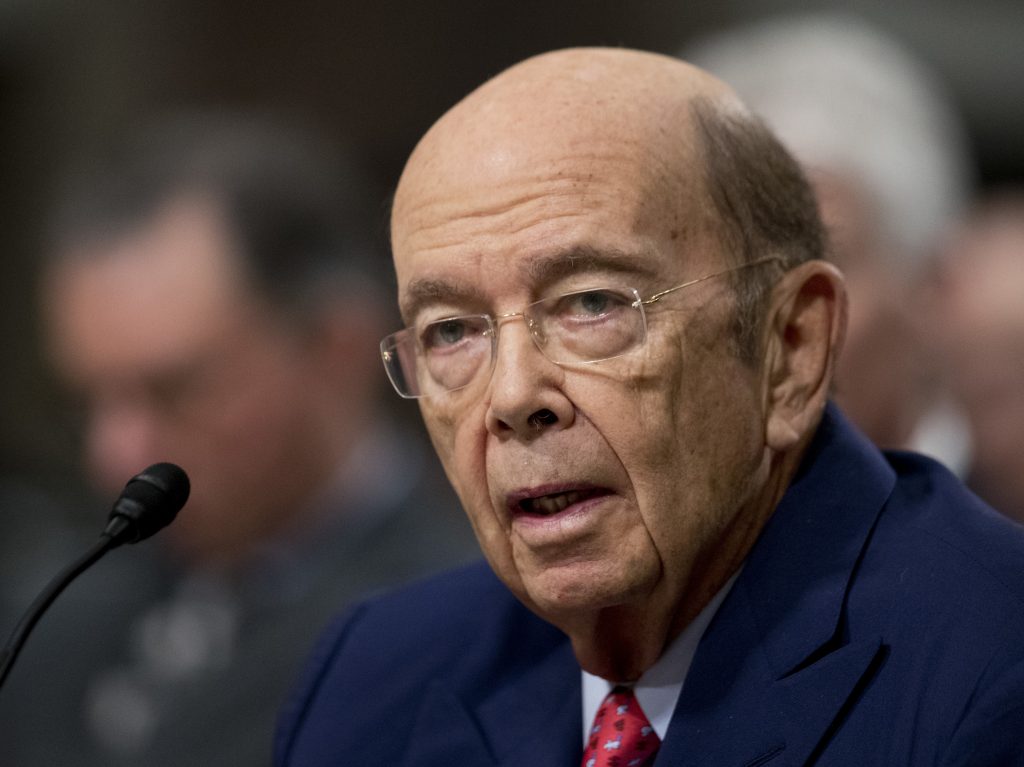 Like the man who picked him to be the next commerce secretary, Wilbur L. Ross is a billionaire with extensive financial interests and an ardent critic of America’s trade policies — both of which came under scrutiny at his confirmation hearing Wednesday morning.

President-elect Donald Trump’s rise on a tide of anti-globalization and populist attacks on trade has raised concerns among businesses that the new administration will take aggressive protectionist actions and worsen the climate for trade.

But Ross assured the Senate Committee on Commerce, Science and Transportation on Wednesday that he is not anti-trade.

“I am pro-trade,” Ross said in his opening statement.

At the same time, the financier, investor and turnaround specialist said, “We should not put up with malicious trading activities, state-owned enterprises or subsidized production.”

The head of the Commerce Department traditionally hasn’t been a powerful or high-profile Cabinet member. But that could change, as Trump’s transition team has indicated that Ross will spearhead the new administration’s initiatives on trade, an issue that was central to Trump’s campaign and figures to be a dominant part of his economic growth strategy.

Ross was a top economic adviser to Trump’s campaign, and the two men, who have known each other for more than 20 years, share a disdain for trade deals that the U.S. has cut, especially the North American Free Trade Agreement with Mexico and Canada.

The confirmation hearing was delayed nearly a week to give Ross more time to work out his financial disclosure requirements and ethics agreement, and some members of the Senate committee expressed satisfaction that Ross had agreed to divest the vast majority of his financial holdings and resign from multiple positions in companies and organizations.

“It’s the right thing to do,” said Bill Nelson, D-Fla., the committee’s ranking Democrat, adding that he hoped Trump would follow suit.

Sen. John Thune, R-S.D., the committee chairman, welcomed Ross’ selection, especially given his extensive business know-how, a view shared by Sen. Marco Rubio, R-Fla., also a committee member. But Thune also said he wanted to know about Ross’ trade positions on NAFTA and relations with other major trading partners such as China.

“China is the most protectionist country,” Ross told the committee. “They talk much more about free trade than they practice. We would like to[ level] the playing field.”

Ross, in a white paper on Trump’s economic plan co-written with business professor Peter Navarro, railed against what they described as China’s mercantilist practices, including currency manipulation.

At the hearing, Ross highlighted his experience in international commerce, saying his companies have operated in 23 countries. “I think I’ve probably had more direct experience than any prior Cabinet nominee has had with unfair trade in the steel business, in the textile business, in the auto parts business and other sectors.”

Ross, in a response to the Senate committee’s questionnaire ahead of the hearing, said that he believed one of the top challenges facing the agency is expanding U.S. exports and reducing the nation’s trade deficit.

Although Trump’s tough stance on trade has populist support and is shared by many Democrats, Ross and the new administration are expected to face resistance from leaders in their own Republican Party and others who favor free trade and worry about the U.S. turning inward.

Ross has “misguided views on trade agreements and the trade deficit, (which) in conjunction with his affinity for protectionism and backroom deal-making, will necessitate our vigilance to protect the economy and free markets from the follies of crony capitalism,” wrote Dan Ikenson, trade policy studies director at the Cato Institute libertarian think tank.

The Commerce Department, which represents the nation’s business and economic interests, promotes U.S. exports and enforces trade agreements and fair-commerce rules such as anti-dumping laws. The agency also issues patents, conducts oceanic and atmospheric research, and is a major collector of economic and demographic statistics.

Nelson pressed Ross on his views about global warming and sought Ross’ commitment that he will continue to support the department’s measurements and research on weather events and trends over time.

“It’s my hope we’ll get a commitment from you to not allow intimidation and censorship of climate scientists under your jurisdiction,” Nelson said.

Ross, while not addressing climate change specifically but anticipating Nelson’s questions, noted the importance of having good weather information. “Living on the coast in southern Florida, we are all very sensitive to weather because of the yearly hurricane season,” he said.

Wednesday’s hearing also spotlighted Ross’ vast wealth and whether that, as with his boss, could create conflicts of interest.

Ross, a financier and dealmaker known for investments in distressed properties, is estimated by Forbes to be worth about $2.5 billion.

He holds positions in 58 companies and other organizations, mostly as a director, according to a public financial disclosure report filed this week with the U.S. Office of Government Ethics.

Ross’ employment income over the last 12 months, derived from multiple business and investment sources, totaled at least $11 million, and he had millions more in earnings from stocks and other assets. He reported having employment agreements with 29 parties.

Unlike Trump, who as president will be exempt from federal ethics laws and plans to retain ownership of his business empire, Ross has agreed, upon confirmation, to step down from most of the positions he holds and divest his financial interests in a number of companies and entities, in particular Invesco Ltd. and Exco Resources.

Ross listed 40 assets that he would divest within 90 days of confirmation and another 40 financial entities to be sold off within 180 days. He identified nine assets in which he said he would retain a financial stake, but promised not to be involved in any way to benefit personally.