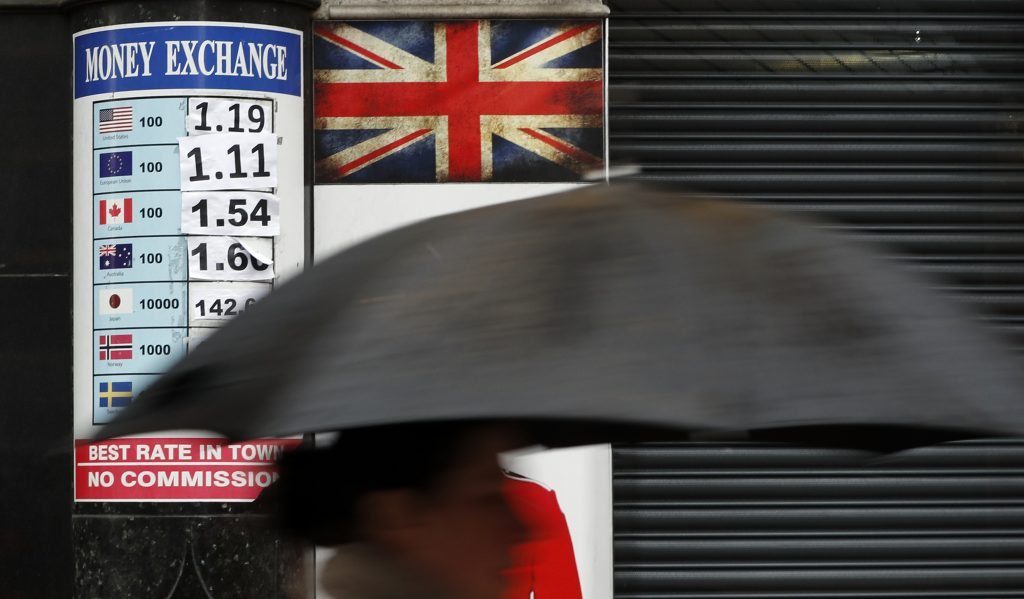 More than six months after Britain voted to leave the European Union, British Prime Minister Theresa May finally spelled out what it means: The U.K. will make a clean break from the EU and leave its single market of around 500 million people.

In her most detailed remarks since the June 23 vote, May said Tuesday that Britain must regain control of its laws and borders, even as she called on the bloc to negotiate a free-trade agreement that will benefit both sides.

“We do not seek membership of the single market,” she said in a highly anticipated speech. “Instead, we seek the greatest possible access to it through a new, comprehensive, bold and ambitious free trade agreement.”

May hopes the offer of a mutually beneficial deal is one the EU can’t refuse. She argued that a “cliff edge for business or a threat to stability” is good for neither Europe nor Britain.

“I know there are some voices calling for a punitive deal that punishes Britain and discourages other countries from taking the same path,” she said. “That would be an act of calamitous self-harm for the countries of Europe. And it would not be the act of a friend.”

May promised for the first time that Britain’s Parliament will be able to vote on the final divorce deal reached between the U.K. and European Union — likely in 2019. However, she didn’t address what would happen should Parliament reject the agreement.

The British pound rallied on having some clarity at last. The currency was recovering from steep losses earlier in the week, trading 2.2 percent higher at $1.2309. On Monday, it was as low as $1.20, a near 31-year low.

Currency traders liked that the matter would be put to Parliament, giving May a chance to tame the excesses of the more fervent Brexiteers, said Kathleen Brooks, research director of City Index.

“But, even this concession cannot hide the fact that the U.K. wants the best parts of the EU, with a cherry on the top, which could make the next two years extremely tense,” she said. “So, the pound is not out of the woods yet.”

The plunge in the pound has started to hit the consumer. Inflation in Britain has soared to its highest level in 2½ years, hitting 1.6 percent in December, from 1.2 percent in November.

The pound’s plunge earlier this week was sparked by fears of an economy-roiling “hard Brexit.”

May rejected both the “hard Brexit” label and its opposite, a compromise “soft Brexit.” She said she wants a new relationship based on free trade between the U.K. and the EU.

“We want to buy your goods, sell you ours, trade with you as freely as possible, and work with one another to make sure we are all safer, more secure and more prosperous through continued friendship,” May said.

That includes a customs agreement, though May said she has an “open mind” about whether that means staying in the EU Customs Union, which currently prevents Britain from striking trade deals with other countries. Alternatively, Britain could leave that too and try to forge a new deal with the EU.

In a bid to alleviate fears that Brexit will mean a more insular Britain, May said she wants the country to be “stronger, fairer, more united and more outward-looking than ever before.”

In an attempt to symbolize the U.K.’s outward-facing aspirations, May spoke before an audience of British civil servants and international diplomats at London’s Lancaster House, a Georgian mansion that has hosted international summits.

Britain is quitting the EU’s single market in goods and services in order to gain control over immigration — a key issue for many voters who backed Brexit. EU leaders say Britain can’t stay in the single market without allowing free movement of people from the bloc.

May was firm on the immigration question, saying it was a key reason people voted to leave. But she softened the message by saying she wants Britain to guarantee the right to remain of EU citizens in Britain, and British citizens elsewhere in the bloc.

“It remains an important priority for Britain — and for many other member states — to resolve this challenge as soon as possible,” she said.

Losing single-market access alarms many in Britain’s huge financial services sector, which relies on an ability to do business seamlessly across the 28-nation bloc. It also worries the many foreign firms that use London not only as a financial hub but as an entry point into the EU.

But the financial sector warmed to the idea of a free trade arrangement and liked that the time of uncertainty was drawing to a close.

“Today the prime minister changed the landscape…,” said Carolyn Fairbairn, the director general of the business group, Confederation of Business Industries. “Businesses will welcome the greater clarity and the ambition to create a more prosperous, open and global Britain, with the freest possible trade between the U.K. and the EU.”

May has repeatedly said she would invoke Article 50 of the EU’s key treaty by March 31, to formally begin a two-year process of negotiating Britain’s departure. But she has until now refused to reveal details about the government’s goals or negotiating strategy, arguing that to do so would weaken Britain’s hand.

May also used her speech to appeal for reconciliation between the 48 percent of British voters who wanted to stay in the EU and the pro-Brexit 52 percent. But the gap between “remainers” and “leavers” appears as wide as ever.

There was a thinly veiled threat, though, in her remarks, suggesting that punitive action wasn’t good for either the EU or Britain. Treasury chief Philip Hammond has suggested that the country would consider offering a break on corporation taxes if necessary, to encourage investment.

Labour leader Jeremy Corbyn said she appeared to be warning that she was ready to turn the U.K. into a “low-corporate-taxation, bargain-basement economy off the shores of Europe” if the EU didn’t give her everything she wanted.

“She makes out [that] this is a negotiating threat to the 27 EU countries, but it’s actually a threat to the British people’s jobs, services and living standards,” Corbyn said.