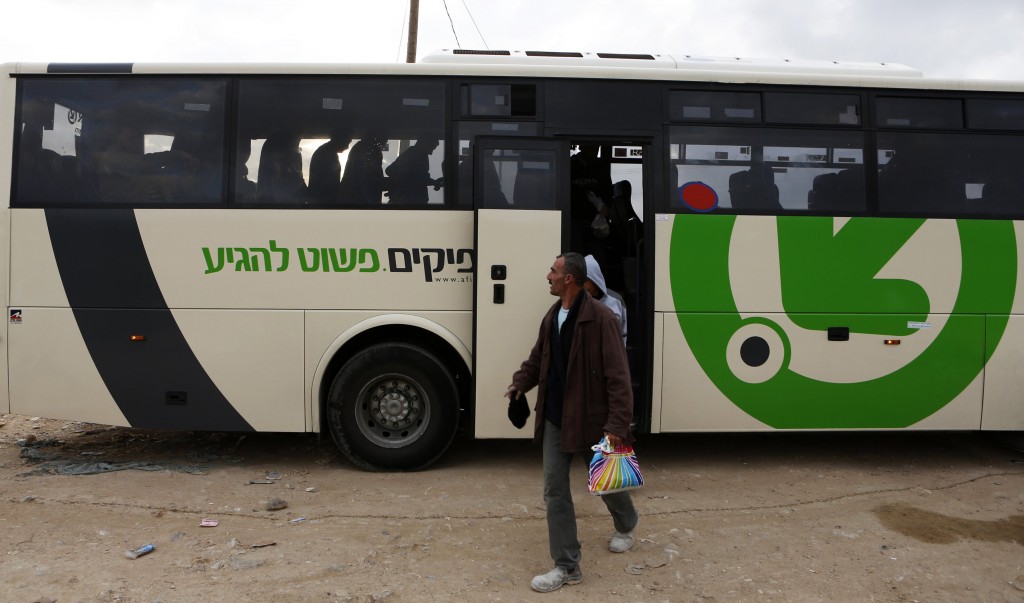 Security officials early Tuesday arrested ten Palestinian Authority residents who attempted to enter Israel using false documentation – and paid NIS 2,000 each for the permits. Police and border guards said in a statement that the suspect who manufactured the false papers  was one of many who ran such scams for PA workers seeking jobs in Israel, with the organizer who promised the workers jobs demanding thousands of shekels for phony “permits” that are actually worthless.

In the latest set of arrests, security officials halted the van that was traveling along Road 57 near Tulkarem, after the driver acted in an evasive manner when he spotted a police vehicle. Police chased after the van, halting it as it approached a checkpoint, beyond which it would have been in Israel proper.

Inside the van officials found ten PA Arabs, residents of Tulkarem, Kalkilya and Shechem. The occupants of the van told police they were on their way to jobs in Hadera, at a construction site managed by the driver. While four of the men said that they were attempting to enter Israel illegally, six of them presented their work permits – which turned out to be “poor forgeries,” police said. The men said they had paid NIS 2,000 apiece for the permits to an agent in the PA, who offered all sorts of “official” documents for PA Arabs who sought to work or live in Israel.

Police arrested all the occupants of the van and confiscated it along with the permits. All are being questioned by police. The men are likely to be sent back to PA-controlled areas, while the driver, an Israeli citizen and a resident of the Arab town of Kalansua, is likely to be prosecuted. Police called on Israelis to double-check permits that are presented to them in order to ensure that they are legal, as the phony work permits are common among PA Arab workers.