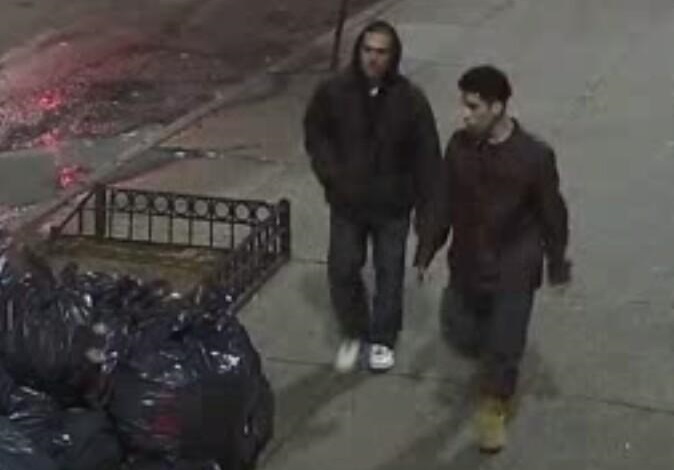 The NYPD this week arrested two brothers who are suspected of mugging a woman in Boro Park last month, sources in Shomrim, NYPD and the Brooklyn district attorney’s office told Hamodia.

On the night of Dec. 27, at 16th Avenue and 41st Street, a 68-year-old woman was robbed by two men, who grabbed the woman’s pocketbook and pushed her to the ground. The pocketbook contained seven credit cards, a Medicare card, a driver’s license, a wallet, and $300 cash. The woman was not seriously injured.

The victim alerted Boro Park Shomrim, who obtained surveillance-camera footage from the area and released flyers with images of the men.

On Sunday, January 15, Shomrim received a call from someone saying that he recognized one of the men, and instructed the caller to contact the NYPD detective in charge of the case.

Based on the tip, on Sunday night police arrested Fernando Basantes, 27, at McDonald and Church Avenues. On Monday, police arrested his brother Jorge Basantes, 29. The brothers live on Linden Boulevard and Flatbush Avenue, near Prospect Park.

Fernando Basantes was arraigned Monday on multiple counts each of robbery, attempted assault, grand larceny and criminal possession of stolen property. He was also charged with petit larceny, menacing and harassment. He was released on his own recognizance.

Jorge Basantes is expected to be arraigned Tuesday on similar charges.