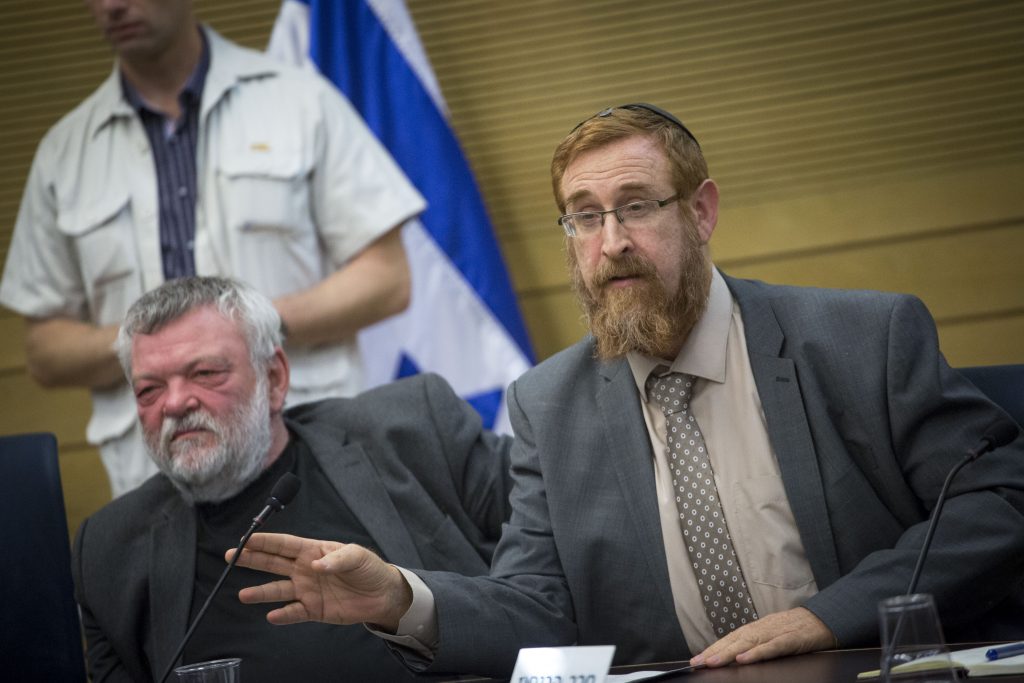 Likud MKs Sharren Haskel and Yehuda Glick are on the guest list for the Trump inauguration, and are set to become the first Israeli lawmakers to attend the swearing-in of an American president, Arutz Sheva reported Tuesday.

The two MKs confirmed receipt of the invitations and said they plan to attend.

Haskel said she was “honored to be invited to the inauguration ceremony, which is a historic occasion, and at the same time continue to strengthen the relations between Israel and the U.S.”

The American-born Glick relinquished his U.S. passport for an Israeli one when he joined the Knesset last year.

Professor Eitan Gilboa, an expert on U.S.-Israeli relations at Bar-Ilan University, said that attendance at the installation of a foreign leader by Israeli officials is “unprecedented.”

“I don’t recall any participation of Israeli officials at an inauguration during the entire history of the State of Israel,” Gilboa said.

Prime Minister Binyamin Netanyahu also received an invitation, but declined. His office denied it was due to his preoccupation with an ongoing police investigation, but was rather in order to stay home to guide Israeli diplomats in the handling of the Paris peace conference and any anti-Israel U.N. resolution that might follow it.