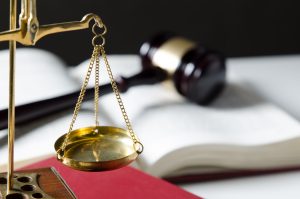 Over the past eight years, President Barack Obama hasn’t shied away from formulating deeply divisive policies, including the highly controversial Iran deal; the contentious Affordable Care Act, better known as Obamacare; and the recent vote at the U.N. Security Council which has elicited scathing criticism on both sides of the ocean.

With only days left to his term, the outgoing president has thrown all caution to the winds, not only doing all he can to make it as difficult as possible for his successor to be able to chart a new path, but making decisions that are as outrageous as they are inexplicable.

For years, Mr. Obama ignored pleas by eight senior former American officials, all with first-hand knowledge of the case and fully familiar with the classified file; the Jewish community; and the government of Israel to commute the sentence of Jonathan Pollard. The median sentence for the crime he committed — passing classified information to an ally — was two to four years; he served 30 years of a life sentence, and continues to be under what is effectively house arrest as well as other harsh conditions.

Mr. Obama has also rejected the call of more than a hundred of the most prominent legal experts in the country who have decried the fact that Sholom Rubashkin is now serving a 27-year prison terms for a crime that ordinarily merits no more than three years — a sentence that was based on perjured testimony and prosecutorial misconduct.

Yet on Tuesday, Mr. Obama commuted the sentence of Bradley Manning, who is serving a 35-year sentence for leaking 750,000 classified government and military documents. Manning didn’t share these documents with an ally, he sent it to Wikileaks, so it should be readily available to all of America’s enemies, including terrorist organizations.

It was precisely for cases such as Sholom Rubashkin and Jonathan Pollard that America’s founding fathers gave the president the ability to issue “pardons and reprieves.” It is most unfortunate that the outgoing president has declined to use it to commute the sentence of those who deserved it the most, and instead exercised this power to pardon an individual who deserved to spend the next three decades in jail.

This article appeared in print on page 15 of the January 18th, 2017 edition of Hamodia.