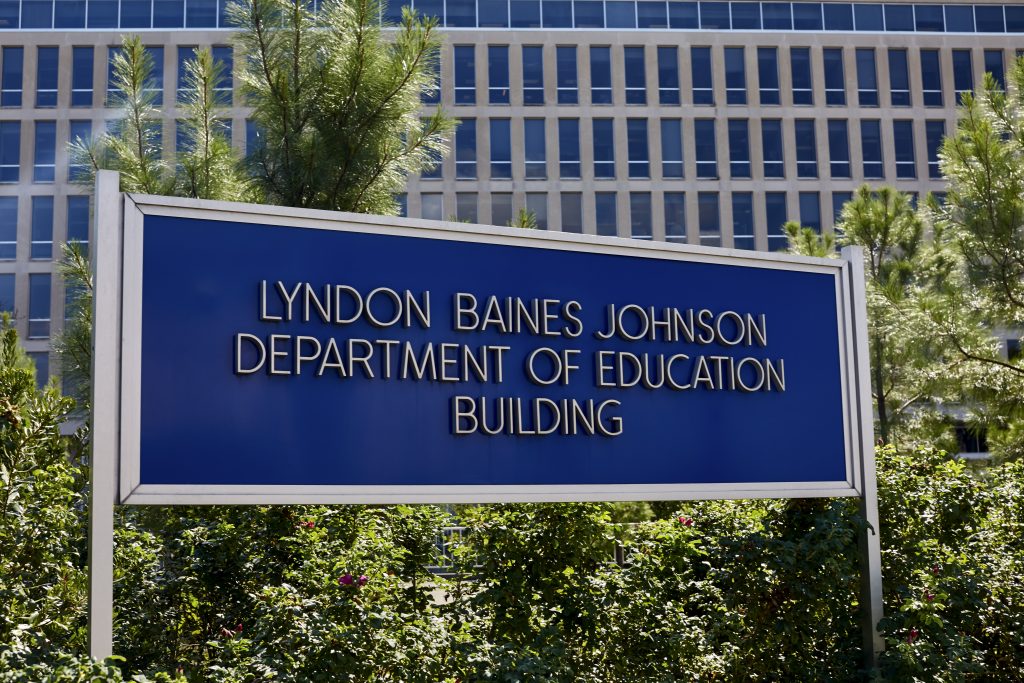 Fifteen years ago, a controversial question about America’s schools dominated headlines, prompted ballot measures in various states and led wealthy philanthropists to dig deep into their pockets in the name of educational reform.

Should government money pay for students to attend private — even religious — schools?

Betsy DeVos, Donald Trump’s pick for education secretary, whose confirmation hearings begin Tuesday, was one of the biggest backers of the yes camp.

But after voters in some states gave vouchers a resounding no, the issue fizzled in all but a few, mostly conservative places.

DeVos’ nomination — and the president-elect’s backing — could put vouchers back on the map in a major way.

DeVos, a Republican fundraiser from Michigan, has backed school vouchers across the country. And although Trump said little about education on the campaign trail, he did at one point suggest legislation to create a major school voucher program as one of his priorities for his first 100 days.

The plan calls for $20 billion in federal money — combined with $110 billion from the states — to give the nation’s poor students $12,000 each toward private school tuition, provided enough funding is collected, according to Trump’s team. The tuition could pay for religious schools as well as boarding schools and academies that focus on a specific subject areas or philosophies.

Vouchers have long been a political wedge issue. Advocates, who are largely conservative, describe them as a chance to break up a failing education system and give students more options, as well as a way to strike back at court decisions that keep religion out of schools.

Foes fear vouchers will destroy traditional public schools and erode the separation of church and state. And there are questions about regulations: Private schools aren’t required to offer bilingual education, classes for English learners or the same level of services as public schools for students with disabilities.

As of 2017, only 14 states and Washington, D.C., had voucher programs, according to the National Conference of State Legislatures. There are 61 programs at the state and district level, according to the Friedman Foundation for Educational Choice, a pro-voucher group.

Because there has yet to be a major voucher program that approaches the size of Trump’s proposal, research on school vouchers is inconclusive. At best, it has found small gains for some groups of students and the public school systems they leave — and at worst, studies show that students who used vouchers have lost ground academically.

“But we have no idea what would happen if those voucher programs get big,” said David Figlio, an education and social policy professor at Northwestern University who has evaluated voucher systems.

In Florida, he said, students who move to private schools as part of a statewide voucher program don’t do better or worse, but the schools they leave improve a little because the voucher program inspires them to compete. In Ohio and Louisiana, students who use vouchers sometimes score worse than their public school peers on state tests.

DeVos got involved with vouchers in the 1990s, when she and her husband, a billionaire investor who is the son of Amway’s founder, began managing a small national organization that gave scholarships to low-income children to attend their schools of choice.

Religion was a draw. DeVos told the Philanthropy Roundtable in 2013 how a visit when her own children were school-aged to Potter’s House, a private Christian school in Grand Rapids, Mich., that served low-income families, led her to start supporting the school.

To advance her educational causes, DeVos founded in 2000 the Great Lakes Education Project, a nonprofit and advocacy group that advances school choice. In 2010, DeVos created the American Federation for Children, a Washington, D.C.-based organization that gave Trump advice on his voucher plan. The group has poured money into the coffers of voucher-friendly candidates in such states as Louisiana and Indiana. In 2014, it reported spending $4.5 million on 243 races.

It probably would not be difficult for DeVos, as education secretary, to spur the growth of existing voucher programs, such as those in Milwaukee, Ohio, Florida or Louisiana. Some experts say DeVos might be able to find a way to adjust funding regulations to allow money earmarked for educating poor children to pay for private school, although that’s an idea that has bounced around Congress without action for decades.

Still, regardless of the relatively large size of the Title I fund, given current funding levels, distribution per child likely would be less than the average private school tuition and thus unlikely to cause a major national shift.

“With the election of Donald Trump and his support of school choice, school vouchers will move in states where people want to have them,” said Gerard Robinson, a former Florida and Virginia schools chief who served on the Trump transition team and is a scholar at the American Enterprise Institute.

But what about states that are less hospitable to vouchers?

California — like DeVos — has been here before. On two occasions, initiatives to start school voucher programs have appeared on state ballots. Twice, residents have voted no.

The most recent attempt was in 2000, when Menlo Park venture capitalist Timothy Draper pushed a proposal that would have given school-aged children about $4,000 each toward private school tuitions. He found an ally in DeVos, who that year was bankrolling and stumping for a similar initiative in Michigan.

DeVos and Draper fed each other tips on how to convince voters. “We helped each other to the extent we could. We each had a mission,” Draper said, recalling phone conversations with DeVos and her husband.

In California, 71.3 percent voted against vouchers; in Michigan, 69.1 percent said no.

In promoting the Michigan initiative, DeVos faced a setback. A longtime ally, then-Gov. John Engler, did not support the measure, leading DeVos to resign from her party chairmanship. He said the idea’s time had not yet come, and he didn’t think the public was ready to vote yes.

Now, DeVos may get to float the idea again — on a much bigger scale.