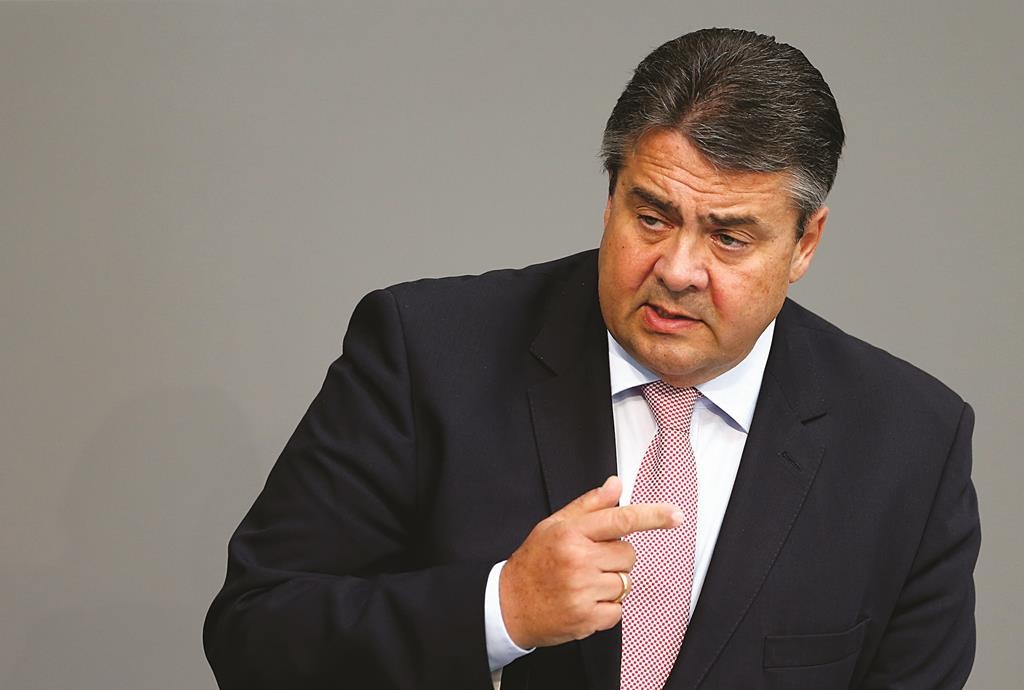 Senior German officials reacted with surprise and defiance Monday to comments made by President-elect Donald Trump, who said in an interview that NATO was “obsolete” and also threatened Germany’s automakers with hefty import taxes.

Trump said in an interview with German daily Bild and The Times of London that German car manufacturers could face tariffs of up to 35 percent if they set up plants in Mexico instead of the U.S. and try to export cars to the U.S. from there.

Gabriel, who is also vice chancellor, suggested more self-confidence in dealing with Trump. He said, “We’re not weak and inferior.”

Trump, who in his interview Sunday singled out BMW, said the German carmaker could face tariffs if it goes ahead with plans to open a plant in Mexico and sell cars to the U.S.

Responding to Trump’s complaint that German automakers don’t behave fairly because a lot of German cars are seen in the U.S. while few American cars are in Germany, Gabriel suggested the solution might be that “the U.S. needs to build better cars.”

BMW said Monday that the company would stick to its plans to produce cars in Mexico.

“The production is aimed at the world market,” BMW said, according to German news agency dpa. “Therefore the plant in Mexico will complement … the production plants in Germany and China.”

In his interview, Trump called NATO “obsolete because it wasn’t taking care of terror” and said member organizations aren’t paying their “fair share.”

“A lot of these countries aren’t paying what they’re supposed to be paying, which I think is very unfair to the United States,” Trump said. “With that being said, NATO is very important to me.”

German Foreign Minister Frank Walter Steinmeier, who was in Brussels to meet NATO Secretary-General Jens Stoltenberg, said the president-elect’s comments had caused “surprise and anxiety” among members of the trans-Atlantic alliance.