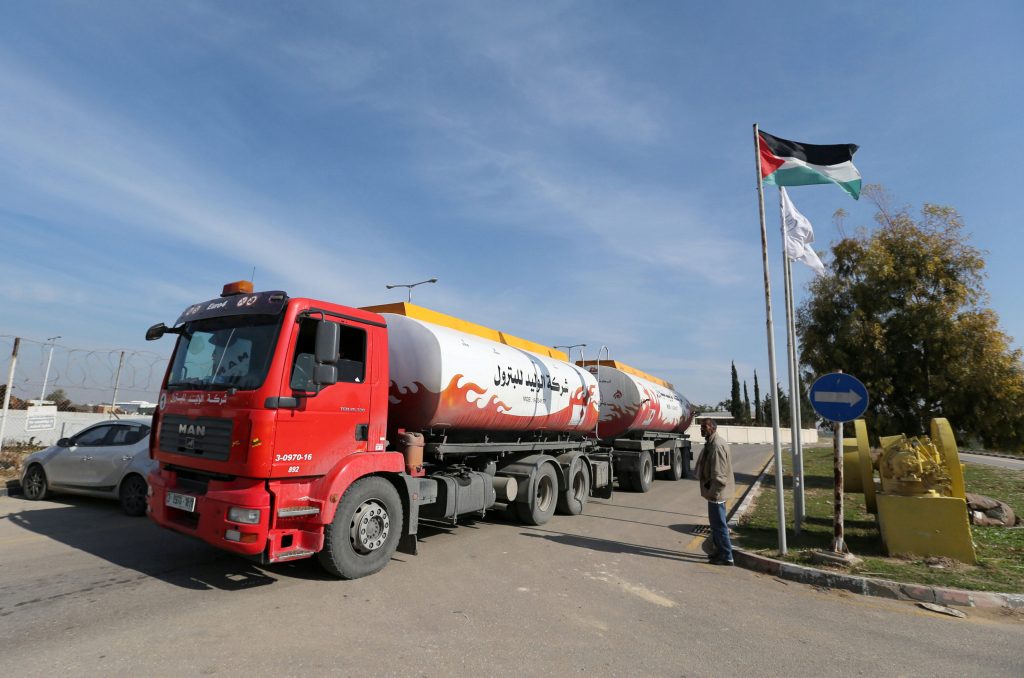 An electricity crisis that has caused protests and unrest in the Gaza Strip eased Monday after Qatar donated $12 million to buy fuel for the Palestinian enclave’s lone power plant, officials said.

For weeks, Gaza’s population has been making do with barely a few hours a day of electricity — less than half its usual supply.

The Energy Authority run by the enclave’s governing Hamas Islamist terror group said the Qatari-funded fuel would power a third generator at the power plant and help provide electricity in eight-hour cycles for three months.

The cash injection could also ease public pressure on Hamas, whose police forces clashed Thursday with demonstrators in the Jabalya refugee camp protesting against the blackouts. The Interior Ministry said that later in the day it would free several people detained in connection with the protests.

Gaza has demand for 450–500 megawatts of power a day but is receiving barely a third of that. About 30 MW are produced by its one aging power plant, while 30 MW are imported from Egypt and 120 MW are supplied by Israel.

The Palestinian Authority, which pays for power supplied by Israel and Egypt, normally transfers fuel to Gaza and exempts it from most taxes. But because of its own financial constraints, it is no longer offsetting all the tax, angering Hamas.

Private generators provide electricity to those who can afford it in down times, but the costs of running them have spiraled. Some factories, bakeries and restaurants have had to lay off employees and cut working hours to survive.

The local power plant, which was heavily damaged by Israeli bombing during a war in 2006 and still only operates at about half its potential capacity, could produce slightly more electricity but needs more funds for fuel.

With unpaid consumer bills of around $1 billion, the power company is not in a position to seek more credit.