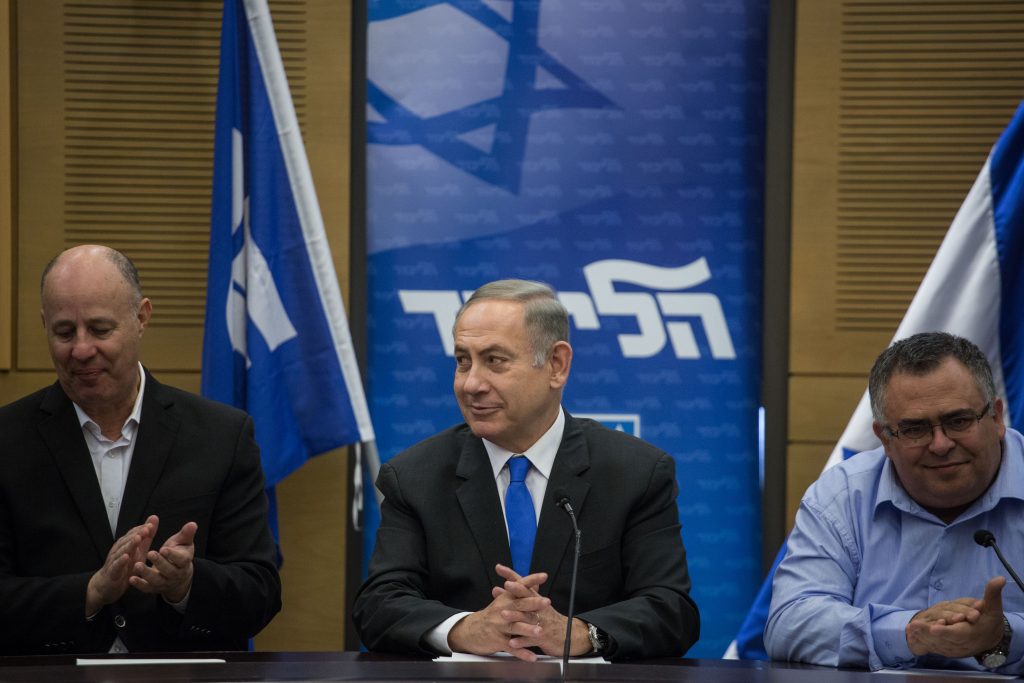 Coalition Chairman David Bitan has called upon the Likud party leadership to stand behind Prime Minister Binyamin Netanyahu as he fights for his political survival amid ongoing police investigations and media attacks.

“There are dynamics which are part of the media and the opposition, that are trying to create an atmosphere against Netanyahu. In this situation there is a war, and we need to do our jobs. Unfortunately, I do not see ministers standing next to Netanyahu. It is not right,” Bitan was quoted by Arutz Sheva as saying.

“We are all members of the Likud and everyone needs to do his job. We need to protect the Prime Minister, as he is the chairman of the Likud.”

“This is a tendentious campaign. You see what Channel 2 does. Every four rows they [have something about the investigation]. The Prime Minister could not be interviewed because he is under investigation. There is no senior Likud preparing lawsuits. It doesn’t exist. It is true that Bibi is not going home today. Even if there is an indictment, Bibi will continue.” he declared.

Netanyahu himself was defiant at a Likud meeting on Monday where he was received enthusiastically, Ynet said.

“I want to say to all those reading the transcripts,” Netanyahu said, referring to alleged quotes leaked from the investigation—“Here are some more quotes for you. ‘It won’t help you.’ ”

Regional Cooperation Minister Tzachi Hanegbi (Likud), regarded as a close associate of Netanyahu, said Monday that based on the survival rate of former prime ministers, he has a good chance of prevailing over his enemies.

Hanegbi noted that each of the last five prime ministers, counting Netanyahu himself in his first term, were investigated by the police while in office, yet only one – Ehud Olmert – was indicted and convicted. That means there is an 80 percent chance that he will emerge from the current probe unindicted, The Jerusalem Post reported.

Hanegbi also disputed the contention that investigations of Israeli prime ministers should be a source of shame for the country. He told mostly foreign reporters at a briefing that, on the contrary, it demonstrates the integrity of the democratic process in Israel, that this is “proof the country does not give discounts to its leaders.”

Meanwhile, a recent Panels poll shows the Israeli public split on whether Netanyahu should resign from office, but support for him has risen in recent days.

The first poll, from January 9th, found that 45 percent of all Israelis believe Netanyahu should not resign, compared to 39 percent who said he should quit, and 16 percent who had no opinion.

Six days later, however, on January 15th, the margin in favor of the prime minister doubled from 6 to 12 percent, with 50 percent saying he should not resign, versus 38 percent who said he should.