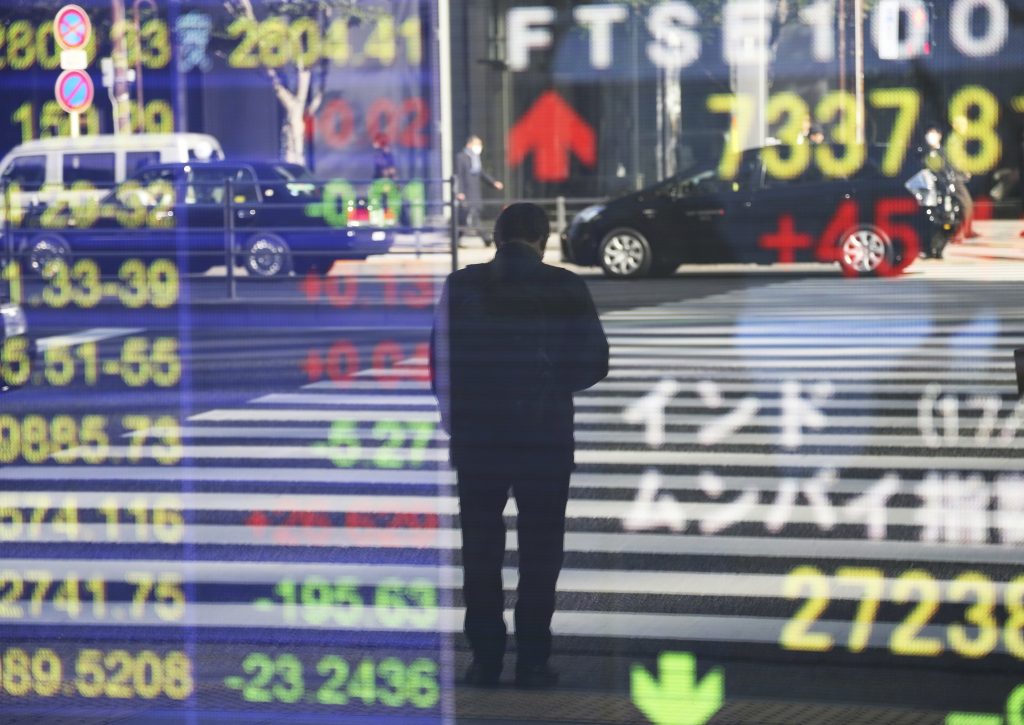 Asian shares were mostly lower Monday amid worries about Britain’s exit from the European Union.

British Prime Minister Theresa May is set to deliver a speech outlining her vision of Britain’s post-EU future, and market players are worried that what she says may indicate a “hard” approach to the nation’s exit. Her office has said she will call for a “truly global Britain” that is more open to the world when she lays out plans for negotiations with the European Union.

Benchmark crude rose 11 cents to $52.48 a barrel in electronic trading on the New York Mercantile Exchange. It fell 1.2 percent Friday. Brent crude, which is used to price oils sold internationally, added 13 cents to $55.58 a barrel in London.