Politics ANALYSIS: For These Trump Voters, No Amount of Change Is Too Much
Politics 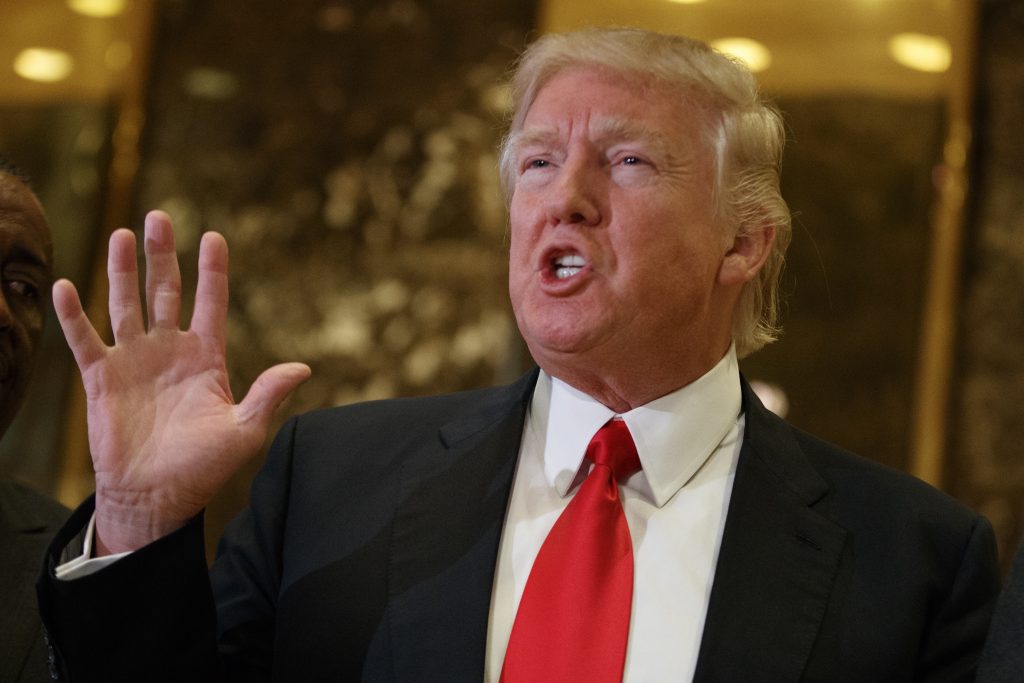 It’s literally impossible for Donald Trump to shake things up too much in Washington, in the eyes of those who backed him for president.

That’s my big takeaway from a post-election focus group of a dozen Trump backers convened in Cleveland by longtime Democratic pollster Peter Hart.

In a memo documenting the results of the gathering – a quadrennial exercise that Hart has done for each of the past several presidential elections – the pollster writes: “Trump’s voters are not about to let him forget these promises, and they fully expect the untraditional outsider to shake up a storm in Washington and make real, tangible improvements in the economy and in their day-to-day lives.”

Let’s take the first part of that sentence first. It’s saying that Trump’s voters believe that Washington, and the politicians who inhabit it, are fundamentally corrupt and deaf to their concerns. They badly want “tangible” signs of change, the sort that official Washington not only rolls its eyes at, but also gasps in horror at.

What that means is that many of the moves Trump has made or signaled during the transition – picking someone like Rex Tillerson to be his secretary of state, recalling all foreign ambassadors on the day of the inauguration, contemplating shifting the White House press corps out of the White House – are just the sorts of things that Trump supporters believe they voted for and will applaud.

And what it means going forward is that there’s virtually nothing, as it relates to shaking up Washington, that will alarm people such as the 12 that Hart gathered in Cleveland last month. Trump’s brashness and embrace of radical change – many of his backers don’t view it as “radical” – is at the center of his appeal.

“I think that he has the business mentality that he can make the change that needs to happen, and I don’t think he is afraid to do so,” one Trump voter told Hart.

(Nota bene: While all 12 of the people Hart interviewed voted for Trump, not all were longtime Republicans. Seven voted for either Barack Obama or Bill Clinton at least once; three had voted for Obama in 2012.)

The second part of that desire for change, however, is more problematic for Trump. Voters expect him to change things – and fast. That includes making the economy more vibrant, repealing and replacing the Affordable Care Act and other things that are far more difficult to achieve, particularly in the near term.

“After a long campaign of hard-charging rhetoric and ambitious promises, Trump voters have sky-high expectations for his presidency” particularly on the economy, Hart wrote. “If Trump can manage to turn these promises into positive accomplishments, he will remain in these voters’ good graces; if not, the stakes to deliver on other issues will grow steeper.”

Working for Trump is his masterful sense of public relations. As has been demonstrated repeatedly during the presidential transition, Trump claims credit for any job announcements – with varying levels of accuracy – that have happened since Nov. 8. The questions are a) how much of Trump’s boasting is borne out in reality? (and how much do his supporters care?) and b) whether Trump’s promises to bring back thousands of jobs can actually be achieved in an increasingly globalized world in which any one president or any administration’s policies can have only so much effect.

“It’s definitely time for a change. … (If) he doesn’t make certain changes, you’re going to have a lot of upset people, or he’s not going to, you know, live up to his word,” said one Cleveland focus-group participant.

The reason Trump will be inaugurated president later this week is very simple: He was change while Hillary Clinton was more of the same.

But, change, like hope, means very different things to different people. Trump was able to promise broad-scale change during the campaign because he wasn’t actually the president. Delivering on that change once he is in the White House – and ensuring it is enough change – is far more difficult. What’s clear from this Cleveland focus group: The more Washington swoons at the changes Trump proposes, the stronger ground he will be on among those who elected him.