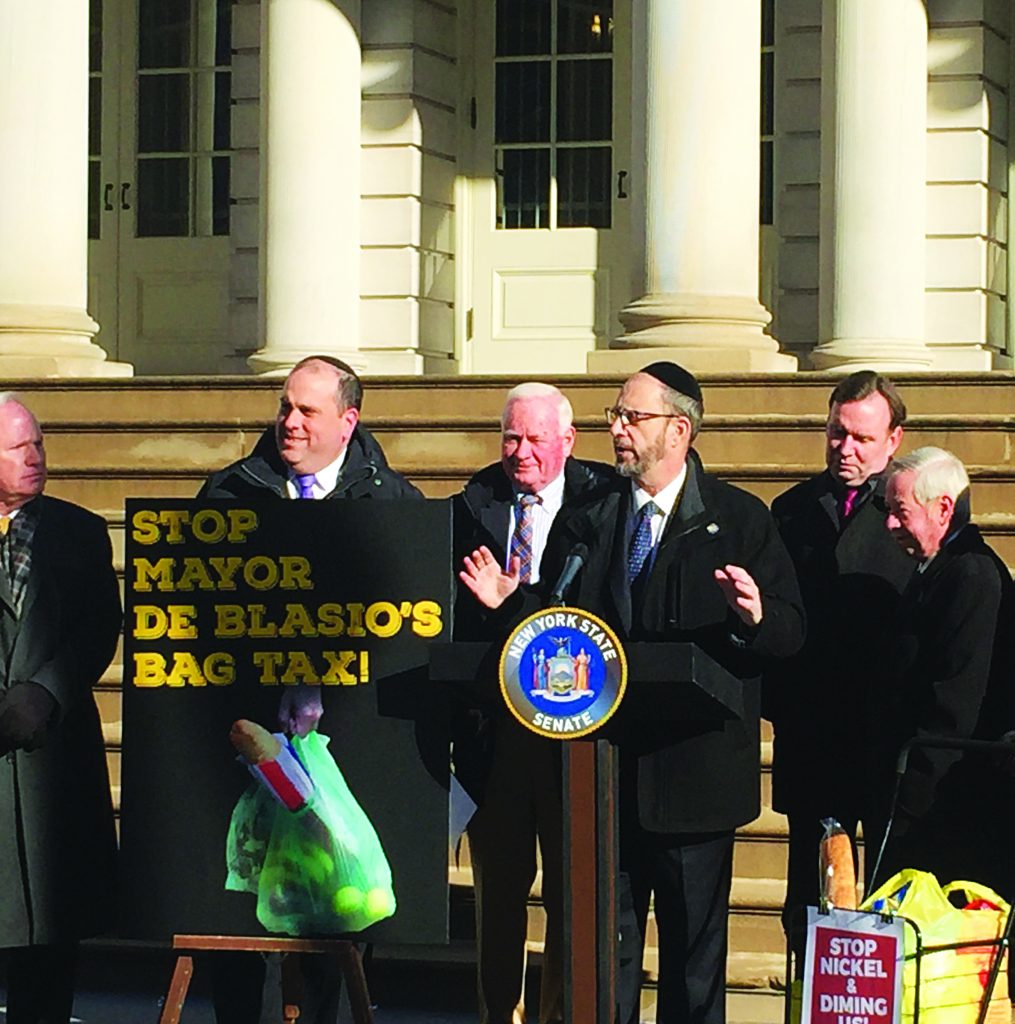 A group of New York state lawmakers held a rally on the steps of City Hall Sunday, to call on Mayor Bill de Blasio and the City Council to stop a five-cent fee on shopping bags slated to begin next month.

Sens. Simcha Felder and Marty Golden of Brooklyn and Tony Avella of Queens, as well as Assemblyman Michael Cusick of Staten Island, called the fee an example of government “nickel and diming” taxpayers.

“Many families have a hard time just getting by, paying for groceries, rent and heat, and now the mayor wants to shake them down every time they shop just for the privilege of using a plastic bag,” said Felder, who has fought the shopping-bag tax since his days as a city councilman.

Supporters of the measure, led by Councilman Brad Lander of Brooklyn, argue that plastic bags do not biodegrade easily and clog the city’s atmosphere and waterways. He said his goal was to be “irritating” to New Yorker to convince them to stop using the bags. They say that it is not a tax since storeowners keep the money.

The city council enacted the legislation last year and it was originally slated to go into effect in October. However, in June, the Senate approved a bill calling it a tax and banning the city from enacting it. The Assembly said they were considering doing the same but pushed it off until this month. New York City then delayed implementation until Feb. 15.