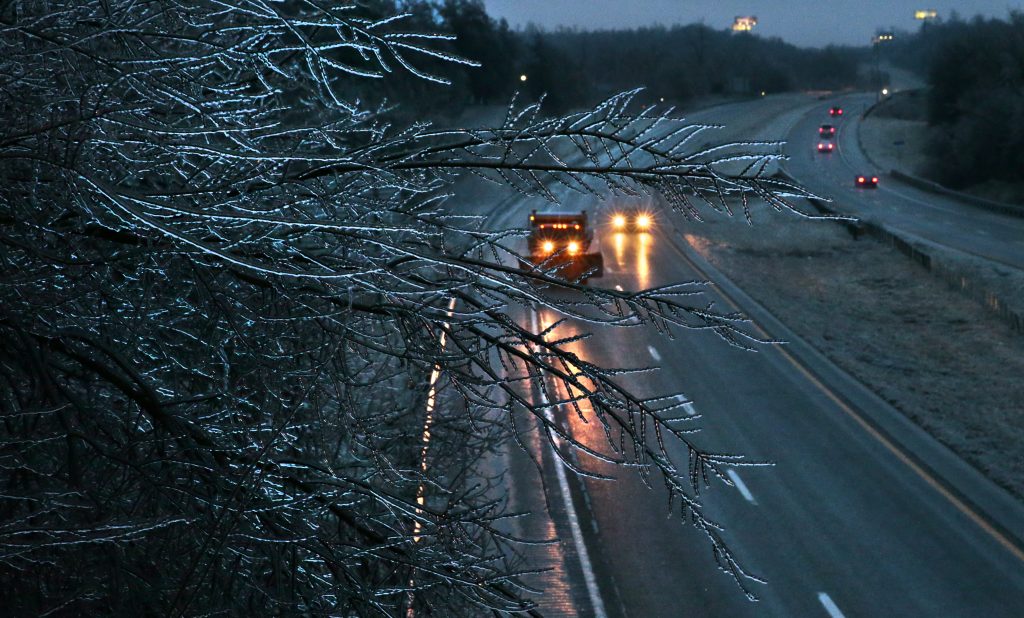 A third wave of sleet and drizzle could hit parts of the central U.S., weather officials said, and temperatures threaten to stay near or below freezing and add to the treacherous mix.

Ice buildups of one-quarter to slightly less than a half inch were expected Sunday morning from southeastern Kansas to central Missouri.

Becky Allmeroth, a state maintenance engineer for the Missouri Department of Transportation, said ice is “the most difficult storm to fight.”

“We are keeping up with the changing conditions, but it is a continual battle,” she said of the department’s around-the-clock scrambling to treat the glazed roads. “The precipitation is coming in waves, and we have to apply more salt.”

A slick roadway was suspected in a Missouri wreck Friday that killed a 33-year-old woman whose sport utility vehicle slid on an icy freeway overpass south of St. Louis and struck several trees. Later Friday, icy conditions were blamed for a pileup involving more than 20 vehicles in Wichita, Kansas, but no serious injuries were reported.

Many residents had prepared for the storms by stocking up on bread, milk and other necessities and by buying flashlights and generators to have on hand in case power gets knocked out.