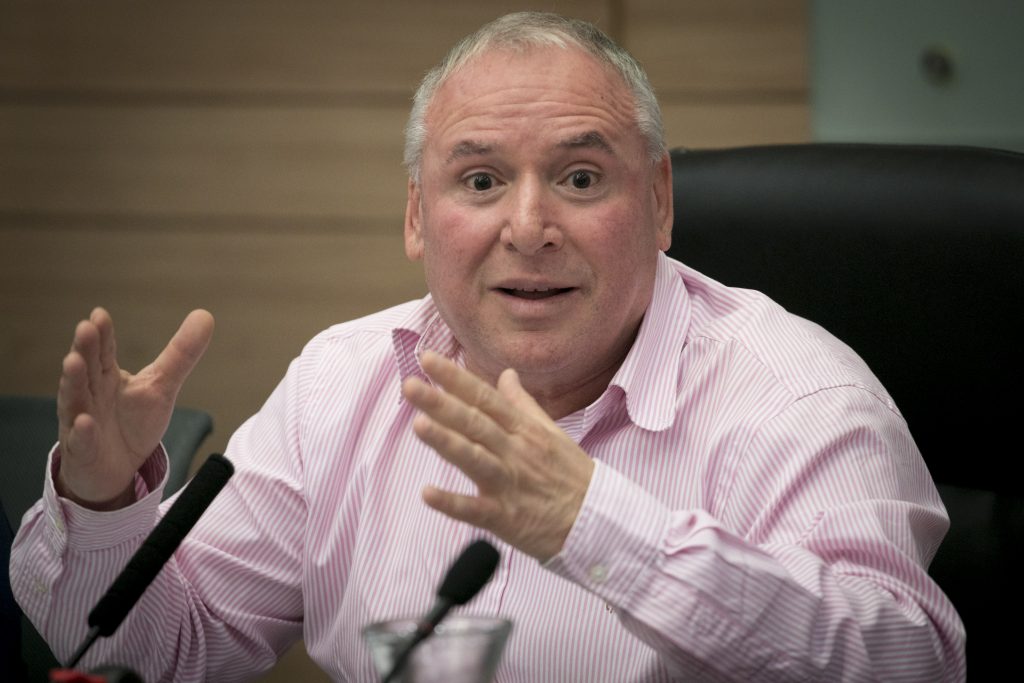 Yediot Acharonot publisher Arnon Mozes was questioned a second time by police on concerns that he tried to cook up a deal with Binyamin Netanyahu, in which his newspaper would reduce its level of antipathy to the prime minister in exchange for a deal that would rein in Yediot’s chief competitor, Yisrael Hayom. Speaking to ministers at the weekly cabinet meeting Sunday morning, Netanyahu maintained that no deals had been made or even considered.

“There is a deliberate stream of leaks to the media that is designed to paint an incorrect picture of what transpired, with the aim of confusing and misleading the public,” Netanyahu told ministers, reiterating that there was nothing for prosecutors to charge him with.

“I cannot go into detail, but once again I can say that there is a deliberate effort here to make it appear as if there were crimes committed. Nothing of the sort happened,” Netanyahu said. “As I have said before — there will be no case because there is no case. Nothing happened. I once again tell the opposition — do not organize any victory parties yet. We will be here for a long time to come.”

Speaking on Army Radio Sunday, Likud MK David Amsalem said that any comments made by Netanyahu on the recordings were deliberate attempts to incriminate Mozes, who Netanyahu suspected was trying to destroy his political career. “Netanyahu agreed to meet with Mozes in order to find out what he was plotting,” Amsalem said. “People say very strange things in closed meetings. The problem with this is that it leaked out. The question is, did the prime minister support the ideas presented,” to which Amsalem said the answer was clearly a no.

Earlier, Likud sources denied a report on Channel Ten Motzoei Shabbos that Netanyahu was planning early elections in the wake of the supposed scandal. Speaking Sunday, Public Security Minister Yariv Levin told Israel Radio, “I have been working shoulder-to-shoulder with the prime minister for over 20 years, and of course these stories are unpleasant. I am very hopeful that they will amount to nothing.” In any event, he said, “I am not aware of anyone in the Likud talking about a day after Netanyahu. I am not going to relate to any of these stories as anything more than speculation.”

Further alleged quotes from conversations supposedly held between Netanyahu and Mozes aired by Channel Two shed what commentators said was further light on the deal. In those quotes, Netanyahu is heard asking for specific help from Mozes in reining in some of the newspaper’s most vociferous critics of his policies, such as Nachum Barnea and Amnon Abramovich. In response, Mozes tells him that he has no control over those high-profile writers, but that the regular staff would not be a problem. “It has to be done in a gradual way, in a way that will seem natural,” Mozes is quoted as saying. “Readers can’t just wake up one day and see that the entire newspaper’s editorial line has changed.”

Nonsense, responded, Yediot Acharonot editor Ron Yaron. In a column Sunday, Yaron wrote that had Mozes attempted to influence the paper’s editorial line, “it would have been a major earthquake, one the Yediot would never have survived. We all, as one, would have quit, and thus the Yediot of today would be a completely different publication.”