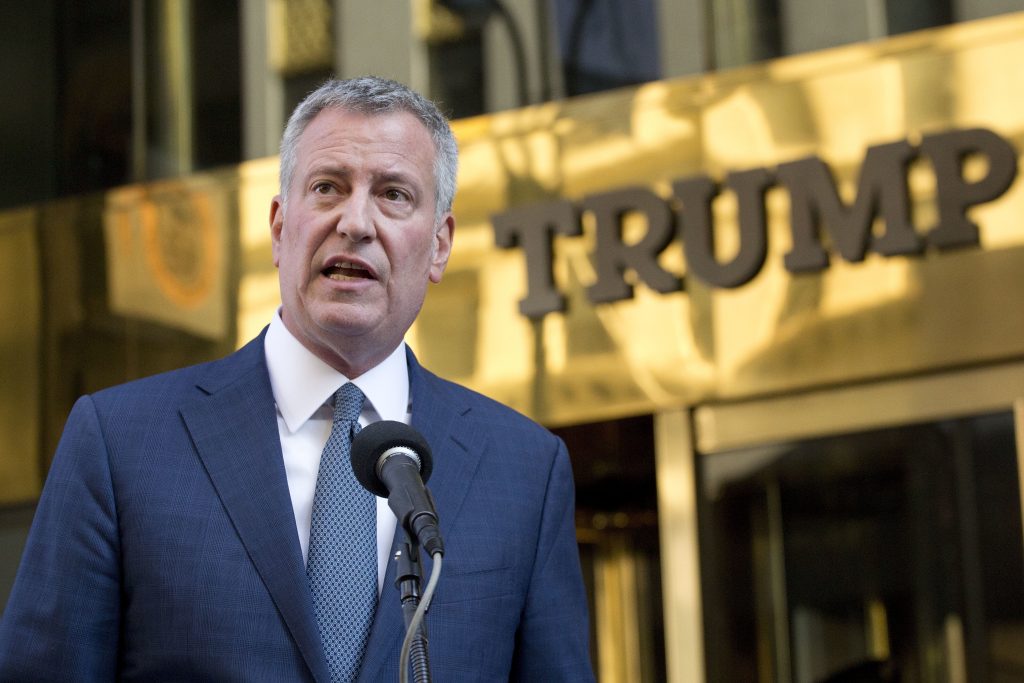 Not all the A-listers who stumped for Hillary Clinton and Bernie Sanders will be hiding under their 3,000-thread-count sheets this week. On Thursday, the day before President-elect Donald Trump is sworn into office on the steps of the U.S. Capitol in Washington, a group of celebrities and Mayor Bill de Blasio will gather in New York to protest the future commander-in-chief on his home turf.

Rev. Al Sharpton, documentary filmmaker Michael Moore, several actors and others will stand with de Blasio outside the Trump International Hotel in Manhattan, about half a mile from the president-elect’s $100 million home at Trump Tower.

“We are sending a message to Washington that we will fight, at every step, discrimination and harmful policies, today, tomorrow, and every day,” Mark Ruffalo said in a statement, according to the Associated Press, adding that protesters plan to “to protect the values we hold dear.”

Ruffalo tweeted that the New York protest is “a rally of peaceful resistance.” Organizers, including MoveOn.org and Greenpeace, are expecting thousands of attendees to arrive at the Trump Hotel near Columbus Circle on Thursday.