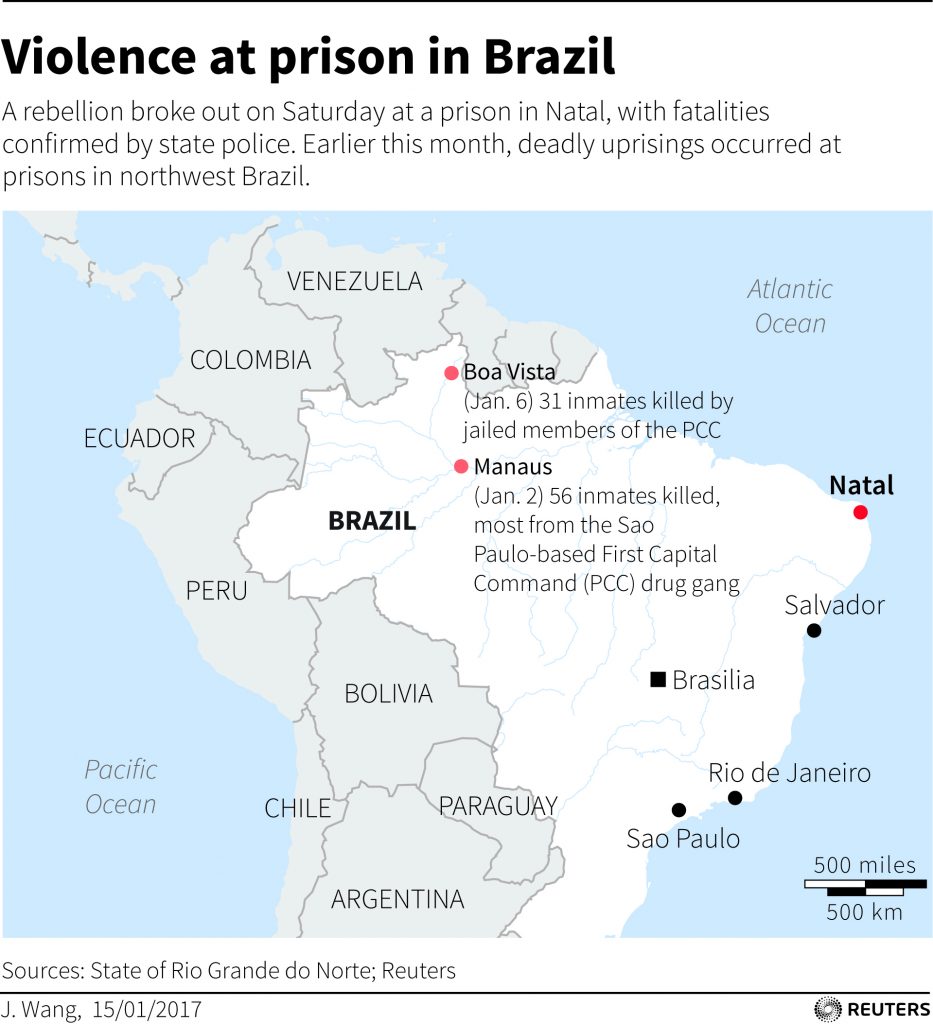 At least 30 inmates were killed in a Brazilian prison riot that broke out on Saturday, a person with direct knowledge of the situation said, adding to chaos in a penitentiary system in which about 140 inmates have died in gang warfare since the start of the year.

Members of a drug gang started the clash by invading a pavilion in the Alcaçuz prison where rivals rested, Rio Grande do Norte state’s security secretariat said on Sunday. According to the person, who asked for anonymity because forensic work is under way, the number of deaths could “slightly rise.”

Police surrounded the prison overnight, but waited until noon to enter because of reports that inmates remained armed and out of their cells. More than a dozen inmates injured in the clash have been taken to hospitals near the Alcaçuz facility, the person said.

The police identified the six inmates who led the riot, G1 news website said, and they may be transferred to federal prisons.

Behind the bloodshed in some of the nation’s prisons is an escalating feud between some of Brazil’s most powerful gangs, who ended two decades of an uneasy working relationship about six months ago.

According to G1, the PCC was the gang behind the killings in Alcaçuz, which has about 1,150 prisoners and capacity for 620 detainees.

Earlier on Sunday, Justice Minister Alexandre de Moraes vowed to extend financial and security support for Rio Grande do Norte to prevent further prison uprisings. Moraes authorized the state to use some of the 13 million reais ($4 million) it wired in recent days to upgrade and acquire prison equipment.