Business Takata Agrees to Guilty Plea, Will Pay $1B for Hiding Defect
Business 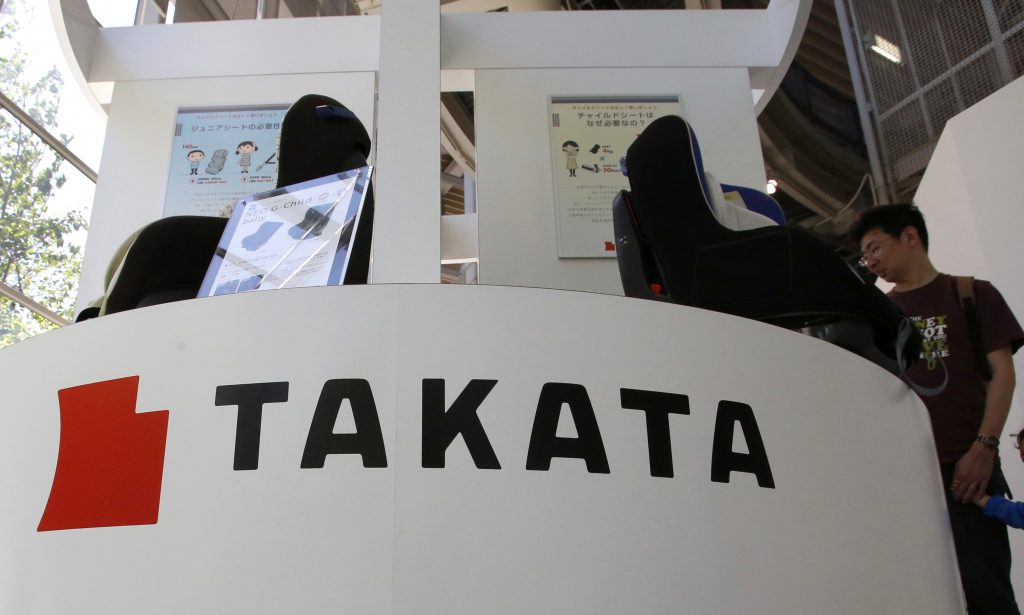 Takata Corp. has agreed to plead guilty to a single criminal charge and will pay $1 billion in fines and restitution for a years-long scheme to conceal a deadly defect in its automotive air bag inflators.

The U.S. Attorney’s Office in Detroit announced the deal Friday, hours after it unsealed a six-count grand jury indictment against three former Takata executives who are accused of carrying out the scheme by falsifying and altering test reports that showed the inflators could rupture.

Takata inflators can explode with too much force, spewing shrapnel into drivers and passengers. At least 11 people have been killed in the U.S. and 16 worldwide because of the defect. More than 180 have been injured. The problem touched off the largest automotive recall in U.S. history covering 42 million vehicles and 69 million inflators. It will take years for the recalls to be completed.

“The risk that they allowed to happen is really reprehensible,” said Barbara McQuade, the U.S. Attorney in Detroit, whose office worked on the two-year investigation.

Under the deal, Takata will pay a $25 million criminal fine, $125 million to individuals injured by the air bags and $850 million to automakers that purchased the inflators.

A federal judge will be asked to appoint attorney Kenneth Feinberg to distribute restitution payments. He handled restitution in the General Motors ignition switch and BP oil spill cases, among others.

Payments to individuals must be made soon. Automakers must be paid within five days of Takata’s anticipated sale or merger. Takata is expected to be sold to another auto supplier or investor sometime this year.

“Automotive suppliers who sell products that are supposed to protect consumers from injury or death must put safety ahead of profits,” McQuade said. “If they choose instead to engage in fraud, we will hold accountable the individuals and business entities.”

The Justice Department was criticized for failing to charge individuals in earlier high-profile cases against automakers General Motors and Toyota. Now it’s done so twice in one week. On Wednesday, prosecutors disclosed the indictment of six Volkswagen executives when they announced the settlement of a criminal probe into the German company’s emissions-cheating scheme.

According to the indictment, as early as 2000 the trio falsified and altered reports to hide from automakers tests that showed the inflators could rupture. Each was charged with six counts of conspiracy and wire fraud. Takata was charged separately with one count of wire fraud. All three worked for Takata in Japan. The U.S. Takata has its U.S. headquarters in the Detroit suburb of Auburn Hills, Michigan.

“Defendants commonly referred to the removal or alteration of unfavorable test data that was to be provided to Takata customers as ‘XX-ing’ the data,” the indictment says. In June 2005, Nakajima said in an e-mail that “they had no choice but to manipulate test data, and that they needed to ‘cross the bridge together.'”

Unlike most other air bag makers, Takata’s inflators use explosive ammonium nitrate to fill the bags in a crash. But the chemical can deteriorate over time and burn too fast, blowing apart a metal canister. Authorities said the inflator problems were hidden from Takata’s customers.

In 2008, when Takata’s inflators began experiencing ruptures on the road, the three executives and others continued to withhold information from customers, the indictment said. As a result, automakers paid Takata more than $1 billion for tens of millions of faulty inflators. McQuade said the investigation is ongoing.

Tanaka served as executive vice president of inflator global operations, while Nakajima was director of engineering in the automotive systems laboratory and Chikaraishi was chief of Japan-Asia inflator operations, according to prosecutors.

All three are now in Japan, and McQuade said her office will work with authorities there to extradite them to the U.S. for trial. “Extradition is not automatic. It is discretionary with Japan,” she said. But she added that her office has had success in extraditing Japanese executives in automotive parts price-fixing cases.

As of 2015, Takata was the second-largest supplier of air bags in the world, accounting for 20 percent of the air bags sold.

The government said Takata had minimal internal controls and failed to notice its executives’ misconduct for years. Senior Takata executives learned in 2009 that their employees had falsified air bag reports, but failed to take disciplinary action against them until 2015.

McQuade said Takata wanted to make profits on air bags “knowing that they were creating a risk for the end user, soccer moms like me, who drives around in my Ford Edge with my kids, who at any moment could get involved in a fender-bender and send a metal projectile into my face.”