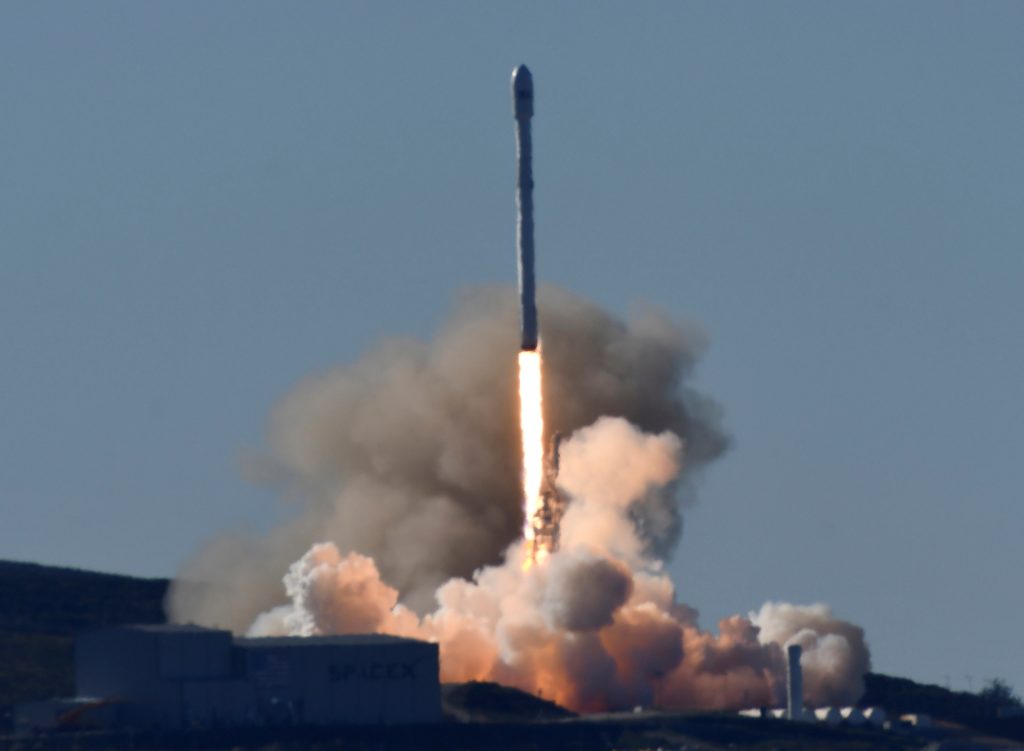 A SpaceX Falcon rocket blasted off from California on Saturday, returning the company to flight for the first time since a fiery launchpad explosion in September.

The launch of the 230-foot rocket from Vandenberg Air Force Base aimed to deliver 10 satellites into orbit for Iridium Communications Inc.

SpaceX’s founder and entrepreneur Elon Musk’s ambitious flight plans had been grounded since the Sept. 1 explosion during fueling ahead of a pre-flight test in Florida.

About 10 minutes after Saturday’s launch, the first stage of the rocket, which had separated from the rest of craft, successfully touched down on a platform in the Pacific Ocean, a feat previously accomplished by four other returning Falcon rockets. SpaceX intends to reuse its rockets to cut costs.

The mission will test changes implemented by Space Exploration Technologies Corp, known as SpaceX, since the launchpad explosion.

Accident investigators determined that a canister of helium burst inside the rocket’s second-stage liquid oxygen tank, triggering the explosion. The canister is being redesigned, but until then SpaceX is addressing the issue by modifying its fueling procedures.

The explosion destroyed a $62 million SpaceX booster and a $200 million Israeli communications satellite that it was to put into orbit two days later.

The accident clouded the company’s aggressive agenda, which includes beginning to ferry U.S. astronauts into space next year, when it also plans to make its first voyage to Mars.

Saturday’s flight begins to clear a logjam of more than 70 missions, worth more than $10 billion, awaiting flights on SpaceX Falcon rockets, which last flew in August, SpaceX said.

The launch is the first in a seven-flight contract with Iridium worth $468.1 million, company spokeswoman Diane Hockenberry said.

SpaceX aims to launch 27 rockets in 2017, more than triple the eight flights the privately held firm managed in 2016, according to a report on Friday in the Wall Street Journal.

In addition to its dozens of commercial customers, SpaceX is one of two companies hired by NASA to fly cargo to the International Space Station, a $100 billion research laboratory that flies 250 miles above Earth.

The company’s 2017 agenda includes the debut launch of a heavy-lift booster, flying its first reused rocket and repairing the Florida launchpad damaged in the explosion.