Politics Obama’s Legacy: Plenty of Change, Not So Much Hope
Politics 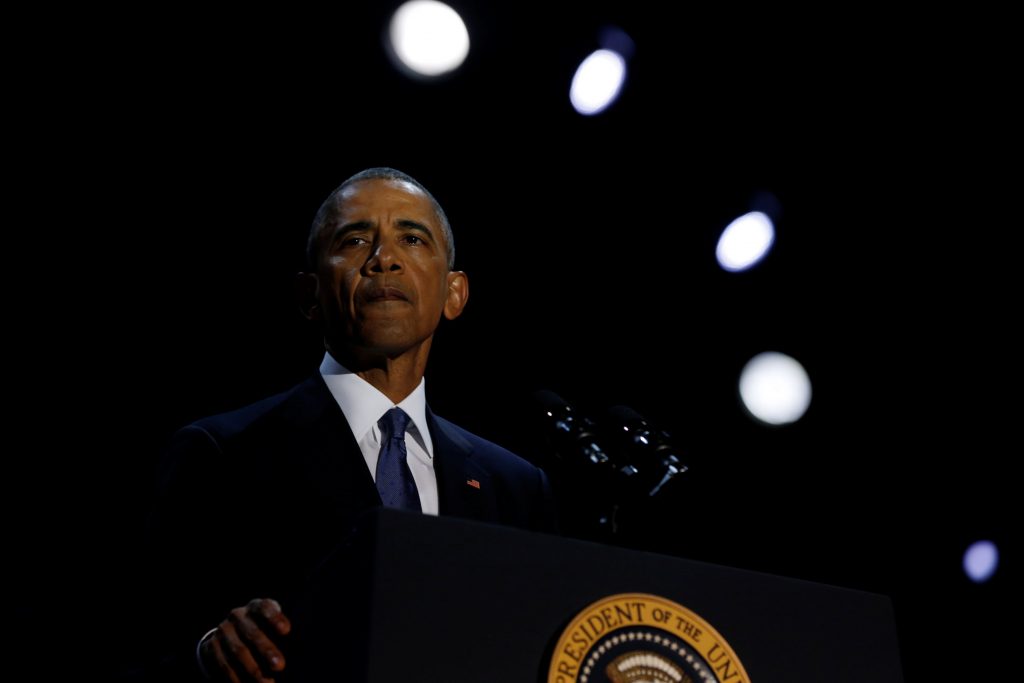 Barack Obama promised hope and change when he became the nation’s 44th president eight years ago. He delivered on the change, but leaves a nation still struggling for hope.

He departs office after leading the United States out of its worst economic crisis since the Great Depression of the 1930s, and as the country enjoys its most robust economy in years.

His policies helped revive the auto industry, clamp down on financial industry abuses and provide health insurance coverage to millions. And his very ascension to the White House “sent a strong signal about America as the land of opportunity,” said former South Carolina Gov. James Hodges, a Democrat.

Yet Obama leaves not with a country united and eager for what comes next, but one divided between rural and urban, left and right, lower-skilled workers and the more educated. Huge numbers of people are not confident about their financial futures. They’re deeply concerned about whether the government can keep them safe. Overwhelming numbers of Republicans continue to dismiss Obama as too liberal and out of touch.

While history’s judgment of any president inevitably changes over time, Obama at the moment gets generally high marks from scholars.

“We know, and have known for a long time, that he will be regarded as a consequential president,” said Richard Norton Smith, a presidential scholar.

“He is someone who shifted the conversation, remade the political weather, as it were, (and) broke with tradition,” Smith said.

“He saw himself as a transformational president. In some ways that was defined simply by who he is,” added Michael Siegel, author of “The President as Leader.”

Diplomatic relations with Cuba were restored for the first time since 1961. Nearly everyone was required to get health care coverage, and the government is making a strong effort to help pay the cost. Millions of immigrants in the U.S. illegally who came to this country as children have been allowed to stay.

The most notable change during Obama’s years involved the economy. In January 2009, the nation was hemorrhaging jobs. In the previous year alone, the number of unemployed people had increased by 4.1 million.

Within a month, Obama had pushed a $787 billion economic stimulus plan through the Democratic-controlled Congress, with virtually no Republican support. “Imagine what would have happened if it didn’t happen,” said former Florida Gov. Charlie Crist, now a Democratic congressman.

Yet the debt soared. And significant blocs of workers and regions still have not felt the recovery. That’s why, said John Pitney, professor of politics at Claremont McKenna College in California, “President Obama will not be remembered as a great job creator.”

The jobless rates often differ widely between urban and smaller areas. In North Carolina, the Charlotte-area rate in November was 4.5 percent, while smaller Rocky Mount logged a 6.8 percent rate. In California, Fresno’s rate was 9.3 percent, a sharp contrast to the San Luis Obispo area’s 3.8 percent.

“Economic opportunity is still driven by educational opportunity and where you live,” said Hodges.

That same slice of America has also spent years protesting the Affordable Care Act. Among Obamacare’s features was the creation of an insurance marketplace where consumers could easily shop for coverage.

In less-populated areas, those choices have diminished dramatically.

Saying everyone can have health care is a hollow promise, said House Majority Whip Steve Scalise, R-La. “There’s a difference between getting an insurance card and actually having access to care,” he said.

Obamacare also became a symbol and rallying point for the president’s detractors. It helped fuel the tea party movement, which was instrumental in winning a Republican majority in the House of Representatives in 2010, eight months after the law was enacted.

Republicans were able to brand Obamacare as a stellar example of a federal government reaching more deeply into their lives, and taking away their ability to choose the coverage they wanted.

“It’s pretty clear now if you look back over the last eight years, the president wanted to move America significantly to the left. What I would call the Europeanization of America,” said Senate Majority Leader Mitch McConnell, R-Ky.

Yet the raw fact remains: Twenty million more people today have health care coverage than did when Obama took office. So, combined with an economy full of momentum, why is Obama not ending his presidency on the same upswing as Ronald Reagan and Bill Clinton, who also left during prosperous times?

Pew’s survey suggests part of the reason is national security. “Americans also became less confident in the ability of their government to handle threats,” said Michael Dimock, president of the Pew Research Center.

What more could Obama have done?

Democrats fought hard to toughen gun control laws, but got nowhere in the GOP-run Congress. Obama had to deal with the legacy of wars in Iraq and Afghanistan begun during the George W. Bush administration, wars that unleashed renegade forces in those regions, forces that helped trigger terrorist attacks throughout the world.

He could have been a better messenger, Siegel said. Obama had to deal with a new sort of messaging, where partisanship was stoked by nonstop social media ready to pounce on any misstep.

Republicans learned quickly that should they look as though they were compromising, they risked viral wrath. They shuddered at how veteran Sen. Richard Lugar, R-Ind., known for his collegiality, lost his bid for a sixth Senate term in 2012 when tea party-backed challenger Richard Mourdock defeated him in a Republican primary.

While the messaging may have suffered, Obama was able to coolly navigate these murky paths and get things done. He pushed debt limit extensions through Congress by getting enough Republicans to sign on. He directed officials to ease policies that would have deported certain workers and families who had entered the country illegally.

He was a historic champion for people who throughout history have been out of the American political mainstream.

Yet so many other voters felt alienated. In South Carolina, the Winthrop Poll found last April that 94 percent of African-Americans in South Carolina approved of the president’s performance, compared with 28 percent of whites.

To many, Obama is “seen as ‘the other’ in so many ways. He’s African-American, went to an elitist institution and is seen as a liberal, said Scott Huffmon, poll director.

That pattern is repeated in state after state, even as people keep working and America keeps changing. But like it or not, Obama made a difference.

He “defied those who, in the immediate aftermath of the 2010 and 2014 elections, were quick to write him off as a lame duck,” said Smith. “It turns out that even a lame duck can chart the nation’s course, notwithstanding congressional intransigence and the limitations imposed by the calendar.”