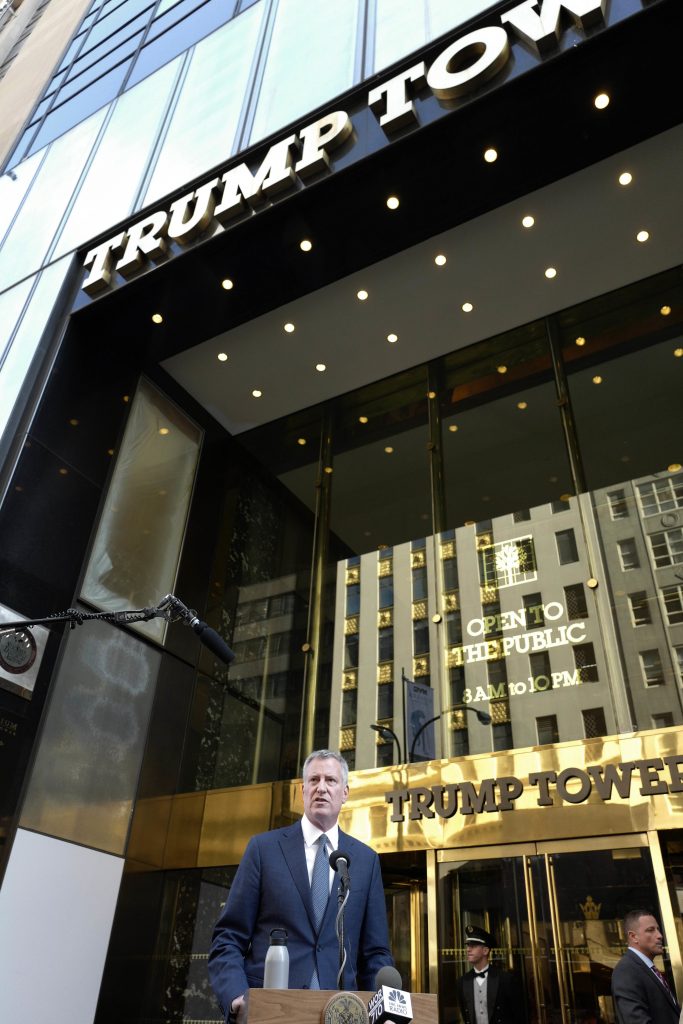 New York Mayor Bill de Blasio, the Rev. Al Sharpton and celebrities are planning to rally New Yorkers to stand up to President-elect Donald Trump on the eve of his inauguration.

That’s according to organizers of Thursday’s event, spearheaded by groups including Greenpeace and the liberal organization MoveOn.

Organizers say they expect thousands of participants. The demonstration aims to kick off organizing to oppose to Trump policies and support cities taking their own approach on immigration, climate change and other issues.

Ruffalo says in a statement that participants want to send a message that they’ll “fight, at every step, discrimination and harmful policies.”

Demonstrators plan to gather outside the Trump International Hotel and Tower. It’s a half-mile from Trump Tower, his home.