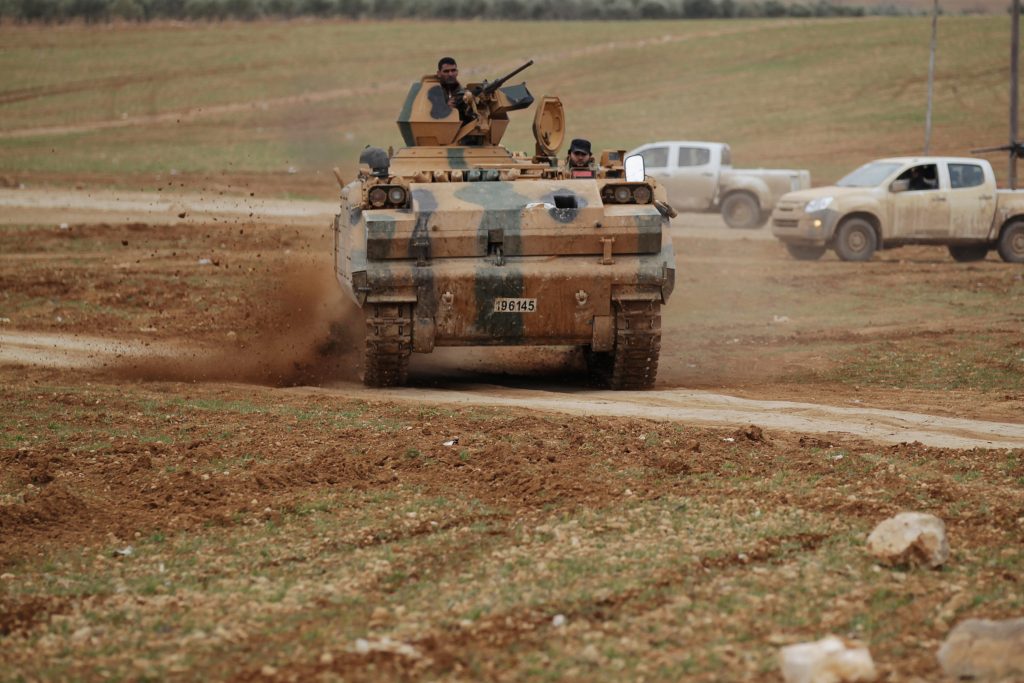 Russia has invited the incoming Trump administration to Syrian peace talks it is sponsoring later this month with Turkey and Iran, part of a process from which President Barack Obama’s administration pointedly has been excluded.

U.S. participation, especially if an agreement is reached, would be the first indication of the enhanced U.S.-Russia cooperation that President Vladimir Putin and President-elect Donald Trump have forecast under a Trump administration.

The invitation, extended to Trump’s designated national security adviser, Michael Flynn, came in a Dec. 28 phone call to Flynn by Sergey Kislyak, Russia’s ambassador in Washington, according to a transition official.

The official said that “no decision was made” during the call and that “I don’t have anything additional on U.S. attendance at this time.” The official spoke on the condition of anonymity based on ground rules set by the transition team.

A spokesman for Turkish President Recep Tayyip Erdogan said Friday that the United States would attend the talks, according to Turkish media. To be held in Astana, the capital of Kazakhstan, the talks are tentatively scheduled to begin Jan. 23, three days after Trump’s inauguration. Syrian government and opposition representatives are also expected to attend.

The Astana meeting will follow an unsuccessful year-long attempt, spearheaded by the Obama administration and Russia, to implement a cease-fire and begin peace talks in Syria. Moscow and Washington have accused each other of sabotaging that effort. Russia initiated the new process, aiming to demonstrate its own leadership role on the regional and global stages.

Meanwhile, the timing of the Flynn-Kislyak call has prompted questions about whether they also discussed sanctions on Russia that President Obama was widely reported to be preparing – and announced the next day – and whether Trump, as president, will enforce them or even allow them to stand.

The transition official said Friday that he did not know whether Flynn was aware at the time of the call that sanctions were about to be announced. But “I can tell you that during his call, sanctions were not discussed whatsoever,” the official said.

Trump conceded at a news conference this week that “I think it was Russia” that was responsible for hacking Democratic email accounts during the presidential campaign. He had previously questioned a U.S. intelligence assessment of Russian responsibility. But he continues to reject the intelligence conclusion that Russia leaked the hacked information to promote his candidacy over that of Hillary Clinton.

The Senate Intelligence Committee will “expeditiously” conduct an investigation of the intelligence conclusions, the chairman and ranking Democrat announced Friday.

Chairman Richard Burr, R-N.C., said in a statement that the scope of the inquiry would include, but would not be limited to, Russian activities and intentions, as well as “any intelligence regarding links between Russia and individuals associated with political campaigns.” It said the committee would, when possible, hold open hearings; issue subpoenas for testimony, if necessary; and produce classified and unclassified reports of its findings.

Trump and Flynn have called for increased cooperation with Russia on a number of fronts, and both have criticized the current administration, alleging missed opportunities and weak leadership.

The Flynn-Kislyak call was first reported Friday by Washington Post columnist David Ignatius, who said transition officials described two separate conversations between them, both initiated by Flynn. The first call, on Dec. 19, was to express condolences for the terrorist killing of the Russian ambassador to Turkey. The second, on Dec. 28, was to express condolences for the crash of a Russian plane carrying a choir to Syria, to discuss a Putin-Trump telephone call after the inauguration, and to discuss a Russian invitation for a Trump administration official to visit Kazakhstan in late January.

Trump spokesman Sean Spicer, asked about Ignatius’s column in a conference call with reporters, offered a somewhat different account of communications between the two. Flynn and Kislyak exchanged texts on Dec. 25, Spicer said, and a subsequent call on Dec. 28 began with a text message from Kislyak to Flynn asking for a phone conversation. Flynn responded positively, and Kislyak placed the call, which “centered on the logistics” of a post-inauguration call between Trump and Putin, Spicer said.

“That was it, plain and simple,” he added.

Russia and Iran have provided decisive military support for Syrian President Bashar Assad in his fight against U.S.-backed rebel forces, as well as al-Qaida-allied fighters. Trump has been critical of Iran while calling for a counterterrorism alliance with Russia and saying Assad’s ouster should not be a primary U.S. interest.

Rex Tillerson, Trump’s nominee for secretary of state, said at his confirmation hearing Wednesday that “Russia, Syria, Turkey and Iran are dictating the terms of how things are going to play out in Syria today, absent our participation,” and called for increased U.S. engagement in the conflict.

But, he said, any cooperation with Iran in Syria “is contrary to American interests.”

Although the United States and Turkey are NATO allies and both members of the coalition against the Islamic State, their interests have diverged somewhat in Syria and over the circumstances surrounding and following an unsuccessful coup attempt in Turkey this past summer.

Russia, seeing an opportunity for advantage, has patched up differences with Turkey that began with the Turkish downing of a Russian plane that skirted its airspace while in action over Syria. Over the past several months, Putin and Erdogan have spoken frequently and began late last year to plan the Astana conference, along with Iran. It remains unclear which of the non-terrorist opposition groups, variously backed by the United States, Turkey, Saudi Arabia and others in the region, will attend the talks.

A cease-fire, to be implemented in anticipation of the negotiations, has been only partially observed, with Assad’s forces attacking long-held rebel positions on the outskirts of Damascus.

While many Obama administration officials have thrown up their hands at the intractability of the Syria problem, the administration gave its public approval to the Astana meeting, even without an invitation.

Secretary of State John Kerry said earlier this month that the administration was “encouraging” the talks. “We hope that could produce a step forward,” he said during a final news conference at the State Department. But the greater objective, Kerry said, was beginning separate, U.N.-sponsored talks among all the Syrian players in Geneva.

Those talks – a resumption of a failed earlier effort last year under U.S.-Russia auspices – are scheduled to begin Feb. 8 in Geneva.

Staffan de Mistura, the U.N. envoy in charge of that process, said Wednesday that “the U.N. is supportive” of the Kazakhstan meeting. “The U.N. is being kept informed, and . . . [is] ready to contribute and support so that we have a successful Astana meeting,” which, he said, could be a steppingstone to a successful Geneva meeting.

While Turkey has closely coordinated with Russia on the meeting, the Turkish government has also been anxious over the absence of the United States and has pushed for its inclusion.

“The United States should definitely be invited, and that is what we agreed with Russia,” Turkish Foreign Minister Mevlut Cavusoglu said Thursday, according to Turkish media reports. “Nobody can ignore the role of the United States.”