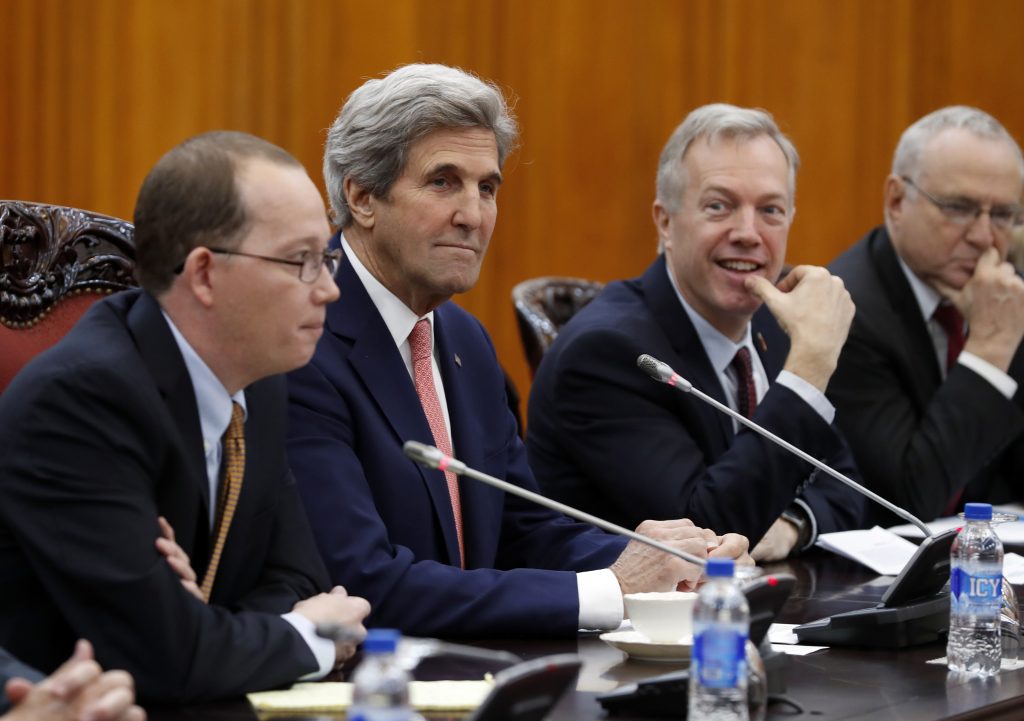 Outgoing U.S. Secretary of State John Kerry said on Friday he was confident that the Trump administration would stick to the same principles on Asian regional security as those of the Obama administration.

In reference to the disputed South China Sea, he told a university audience in Ho Chi Minh that countries big or small should refrain from provocation and any dispute should be solved peacefully in accordance with international law.

His comments came after U.S. Secretary of State nominee Rex Tillerson said the United States must send a clear signal to China that its island-building in the South China Sea must stop and that its access to those islands must not be allowed.

Kerry is scheduled Saturday to tour the Mekong Delta province of Ca Mau, where he fought during the Vietnam War almost 50 years ago.

Kerry then travels to Paris to attend a conference on Middle East peace and then to London where he will meet Foreign Secretary Boris Johnson to discuss Syria.

Kerry and Sen. John McCain, who was held prisoner of war when his navy jetfighter was shot down over Hanoi during the war, were key participants in the U.S’s efforts in normalizing relations with former foe Vietnam in 1995.