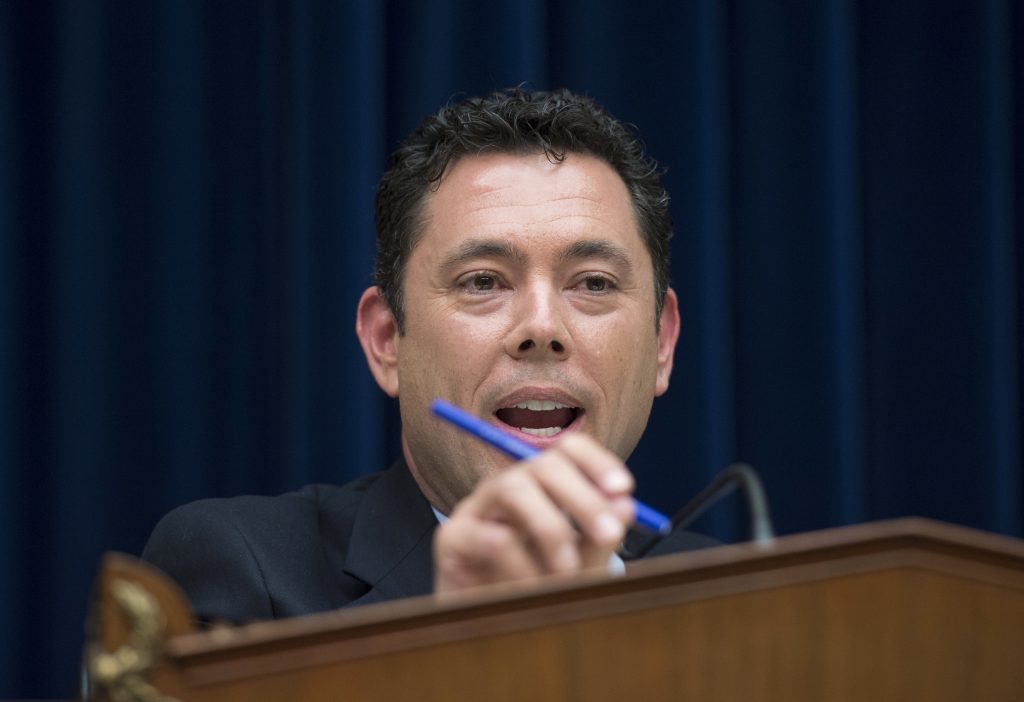 A top House Republican is accusing the head of a federal ethics office of abusing his position for having the temerity to challenge President-elect Donald Trump’s ethics.

Rep. Jason Chaffetz, chairman of the House Oversight Committee, said he wants answers from Walter Shaub Jr., the director of the Office of Government Ethics, who has issued a scathing review of Trump’s plan to turn over control of his business to his sons. Shaub said in a speech Wednesday that the only way Trump could avoid a conflict of interest as president would be to divest from his business and have his assets placed in a blind trust.

Chaffetz, a Utah Republican, sent Shaub a sternly worded letter late Thursday requesting that Shaub sit for a transcribed interview. He said that the interview would “help the committee understand how you perceive OGE’s role, among other things.”

“Your agency’s mission is to provide clear ethics guidance, not engage in public relations,” Chaffetz wrote.

Chaffetz’s letter cited a series of tweets by Shaub in November. In the tweets, Schaub congratulated Trump for agreeing to divest from his business – an agreement that Trump never made.

The letter did not mention Shaub’s speech. In the speech, Schaub noted that members of Trump’s Cabinet – some of them very wealthy – must place their assets in a blind trust. Schaub said the president should be held to the same standard.

“The plan the president-elect has announced doesn’t meet the standards that the best of his nominees are meeting and that every president in the past four decades has met,” Schaub said.

Chaffetz’s letter was first reported by The Wall Street Journal.

“It’s totally inappropriate,” said Rep. Steny Hoyer of Maryland, the No. 2 Democrat in the House. “Clearly an effort to deter and intimidate, and that’s a shame.”

The top Democrat on the House Oversight Committee said House Republicans are taking this action just days after unsuccessfully trying to weaken the independent Office of Congressional Ethics.

“The Oversight Committee has not held one hearing, conducted one interview, or obtained one document about President-elect Donald Trump’s massive global entanglements, yet it is now apparently rushing to launch an investigation of the key government official for warning against the risks caused by President-elect Donald Trump’s current plans,” said Rep. Elijah Cummings, D-Md.

The OGE is responsible for ethics reviews of Cabinet nominees and ensuring they will avoid conflicts of interests.

“Mr. Chaffetz’s attempt to intimidate the office is deplorable, and would be a distraction that would make it harder for OGE to do it’s already difficult job,” said Senate Democratic leader Chuck Schumer of New York.