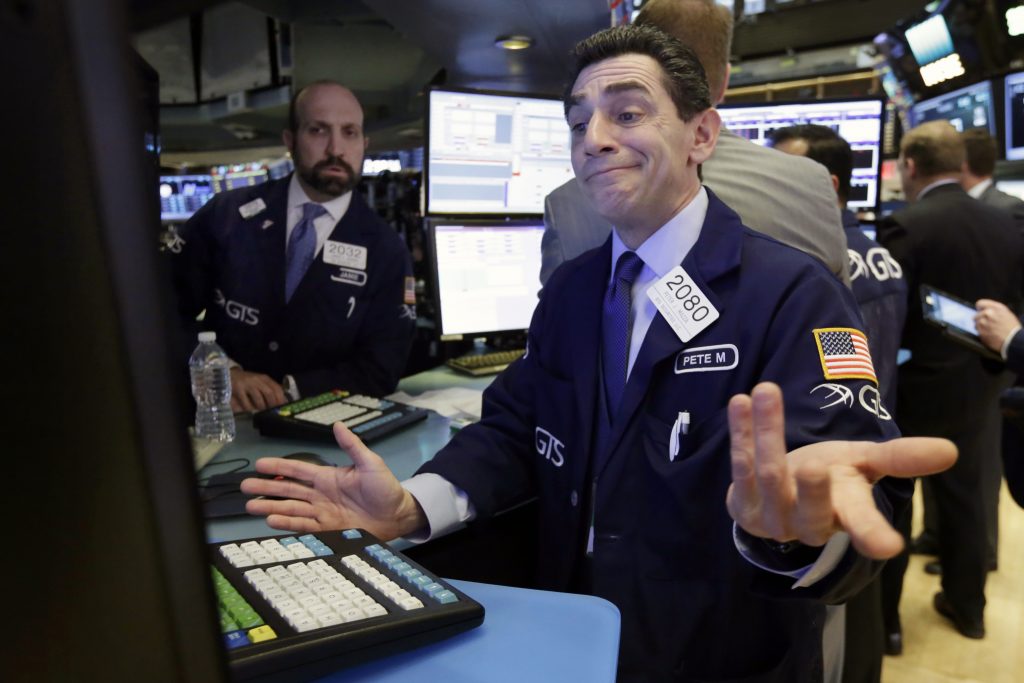 Wall Street stocks fell and the U.S. dollar dropped to a five-week low on Thursday after President-elect Donald Trump, in his eagerly awaited news briefing the previous day, failed to provide details on fiscal policies that were expected to bolster the economy.

Investors were hoping for commentary on the new administration’s plans for fiscal stimulus and tax cuts. Instead, Trump remarked on a broad range of topics such as the Mexican wall, allegations of Russian hacking and his business interests, but left out what investors wanted to hear about — fiscal spending.

“The lack of focus in Mr. Trump’s first press conference since winning the election fanned worries about the president-elect’s willingness or ability to drive a pro-growth agenda once in office,” said Omer Esiner, chief market analyst, at Commonwealth Foreign Exchange in Washington.

Trump did not mention tariffs against Chinese exports, a relief for Asian markets fearing the outbreak of a global trade war. But there was more pain for the dollar as the euro drove higher on ECB minutes showing a split over stimulus.

The President-elect’s lack of policy detail also put safety plays such as bonds and gold back in favor. The retreating dollar also brought relief for Brexit-bruised sterling and Turkey’s lira.

European shares also fell, bucking gains in Asia overnight and weighed down by a 2 percent slump in healthcare stocks after Trump had said pharmaceutical firms had been “getting away with murder” with their prices.

U.S.-listed shares of Fiat Chrysler Automobiles NV were down 8.3 percent at $10.16 after the U.S. Environmental Protection Agency on Thursday accused the company of illegally using hidden software that allowed significant excess diesel emissions.

In commodity markets, oil was higher, bolstered by news that Saudi Arabia has cut oil output to its lowest in almost two years, according to its energy minister. The world’s largest oil exporter is leading OPEC’s drive to eradicate a global glut and prop up prices.

The weaker dollar also helped metals markets. Gold rose to a seven-week high just shy of $1,200 per ounce while London copper traded up almost 2 percent after electronic trading there was delayed by a five-hour outage.

The recently weak Chinese yuan also firmed on the day against the dollar.

Asset management giant PIMCO said on Thursday it thought there was a chance Beijing could fully float the yuan this year.

“Over the year, our base case is for the yuan to decline against the U.S. dollar by a mid- to high-single-digit percentage,” said Luke Spajic, PIMCO’s head of Asian portfolios.

“However, we also think the possibility that the PBOC will allow the yuan to float freely, or at least widen its trading band, has increased.”