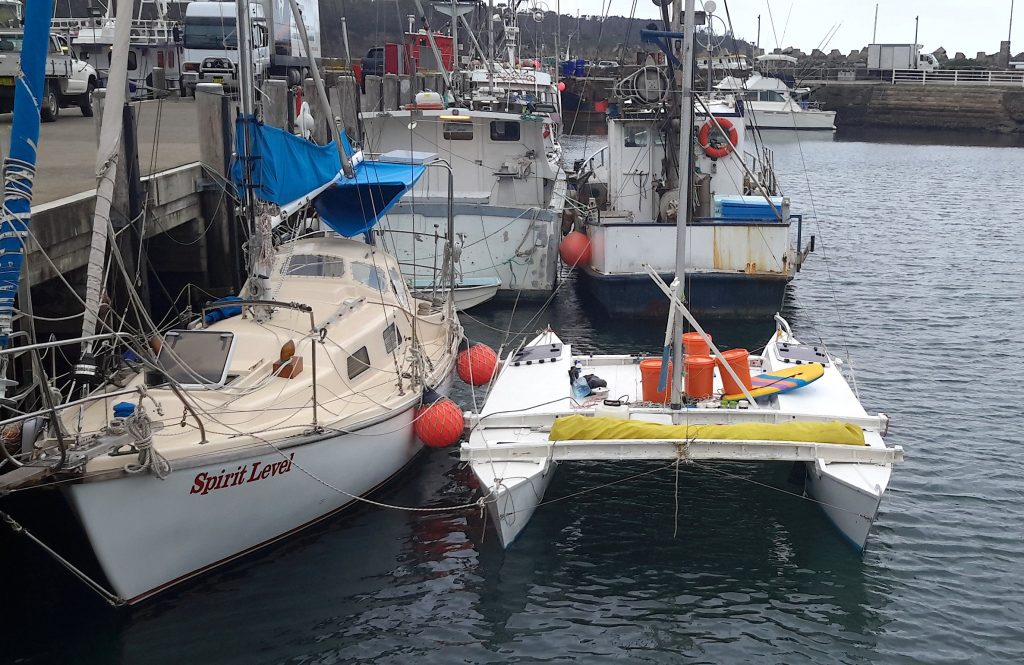 A New Zealand man and his six-year-old daughter who were missing at sea for more than a month have landed in Australia after sailing their small, damaged yacht across the treacherous 1,250-mile Tasman Sea.

Alan Langdon, 46, and his daughter Que had planned a short journey from Kawhia to the Bay of Islands on New Zealand’s east coast, but after a storm damaged the yacht’s rudder they found themselves drifting out to sea.

“Once we were in the position with no rudder, we didn’t have as many options,” Langdon told local media after docking his 21-foot yacht on Wednesday in Ulladulla, a fishing port 140 miles south of Sydney.

“I waited for the fine weather, that didn’t come. At that stage we were getting pushed south and out,” said Langdon, adding that he then decided it would be safer to head to Australia across the Tasman Sea.

Their arrival in Australia ends an international search for the pair. Langdon will spend a few days in Ulladulla fixing the broken rudder before sailing north to Port Kembla to be processed by Australian customs.