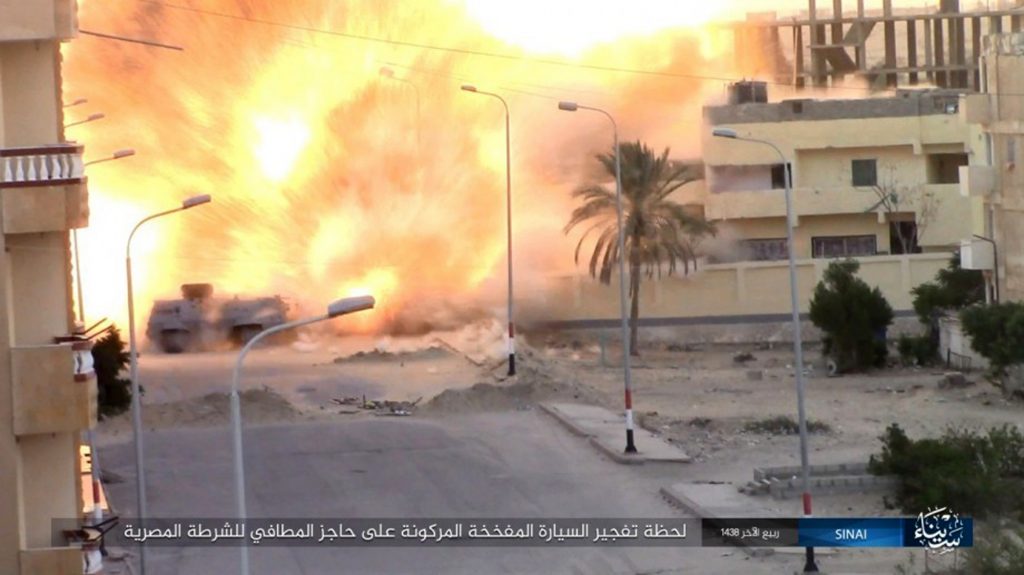 An Israeli defense official confirmed that the country has developed a new policy in recent years to allow Egypt to quickly beef up its forces in the volatile Sinai peninsula as part of a shared struggle against Islamic terrorists.

The official spoke on Wednesday, days after Egyptian President Abdel-Fatteh el-Sissi said there are about 25,000 Egyptian troops operating in Sinai. It was the first time an Egyptian leader has commented on the number of troops battling terrorists there.

His comments, made Monday night in a telephone call to a live talk show, underlined the depth of his commitment to the fight against terrorists, but also reflected the immense challenges Egypt faces. In addition to the troops, Egypt’s military is also known to have deployed F-16 fighter jets as well as Apache helicopter gunships and tanks in northern Sinai. Egypt’s close coordination with Israel in the fight against IS in Sinai is widely believed to be helping to fuel the insurgency.

While the 1979 Camp David peace agreement limited the number of Egyptian forces in the border area near Israel, it includes provisions to allow Egypt to increase its forces if Israel agrees.

The Israeli defense official said that Israel used to treat such requests with caution, but that in recent years has taken on a new policy to approve requests much faster in a reflection of the growing friendship and joint interests.

“We do have a new policy and that has to do with terrorism over there,” he said. “It’s a common threat and a common interest.”

The official, speaking on condition of anonymity, was unable to provide firm numbers on Egyptian troop levels in Sinai, but said they were “significant.”

“There’s a need on the ground that we more than acknowledge,” he said.