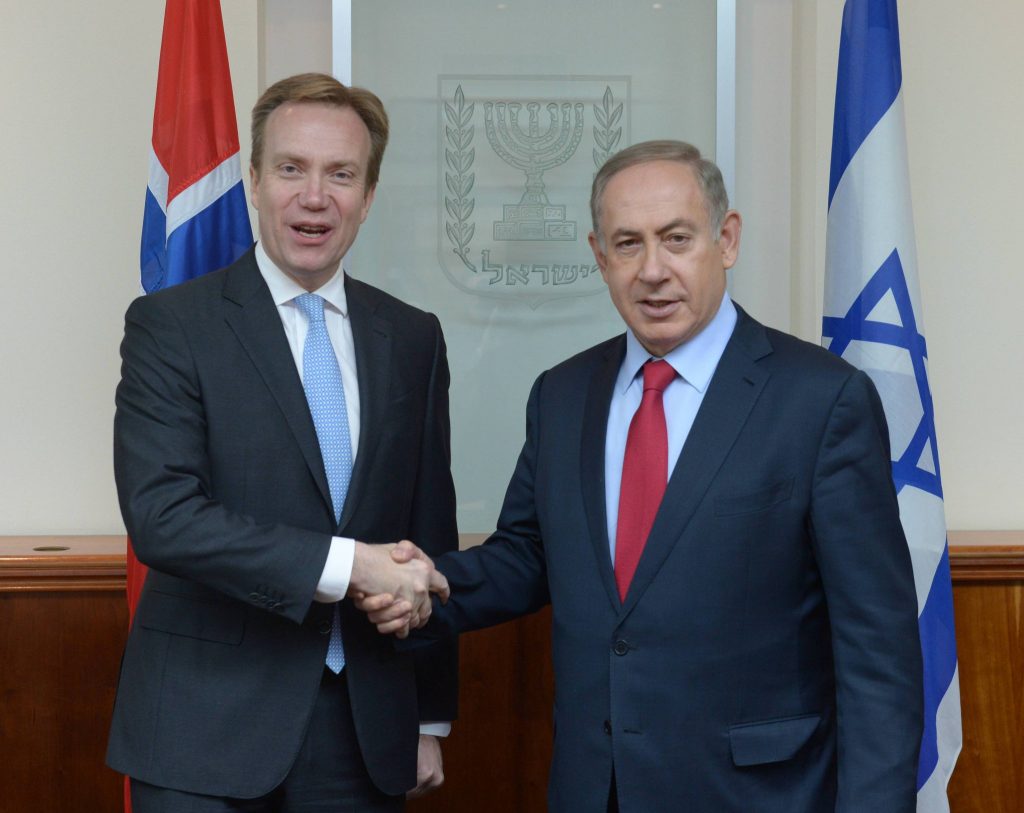 Prime Minister Binyamin Netanyahu said at a meeting on Thursday with Norwegian Foreign Minister Borge Brende that talks to discuss the Middle East peace process in Paris on Sunday would be “rigged” against Israel, which has announced it would not participate.

“We’re all faced here with a great challenge against the forces of terrorism that not only seek to destroy Israel but seek of course to render any possibility of peace totally hopeless. There are other such efforts that render peace hopeless, and one of them is the Paris conference.

The Norwegian Foreign Minister conveyed his country’s sincere condolences for the terror attack on Sunday in Yerushalayim.

“We will be there [at the Paris conference],” he said, “but we will make sure that there is a nuanced outcome, and I’m looking forward also to discuss future peace processes with you.”

At the start of their meeting, the two men signed a joint bilateral declaration of intent on research and development.